On Tuesday, the ranks of the Independent bench swelled to seven members after former cabinet ministers Jody Wilson-Raybould and Jane Philpott were booted from the Liberal caucus.

With the federal election just months away, CTV News is taking a look back at the MPs who either left their caucuses or got the boot -- but haven’t left Parliament -- since Trudeau’s government took power in 2015.

What is a caucus?

A caucus is made up of all the elected members of any given political party in Parliament. The members of each party’s caucus have closed-door meetings once a week when the House of Commons is sitting and the members elect a chair to preside over the meetings. 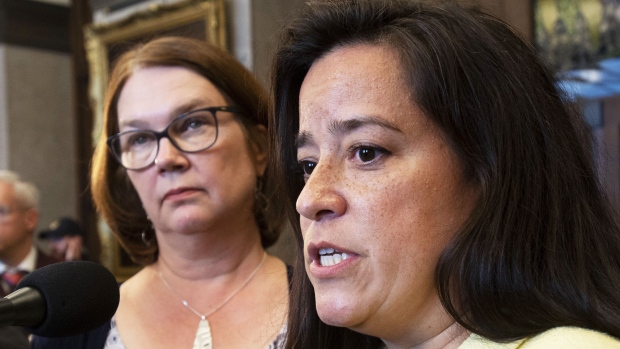 Wilson-Raybould and Philpott were both cabinet ministers not long before they were ousted from the Liberal caucus. Prime Minister Justin Trudeau said he made the call after it became apparent Liberals' trust in them had been "broken."

It all started when The Globe and Mail reported allegations that the government attempted to politically interfere in the prosecution of Quebec engineering giant SNC-Lavalin by pressuring Wilson-Raybould to push for a deferred prosecution agreement. In the days and weeks following the report, both former ministers resigned their cabinet posts and, on April 2, Trudeau booted them from caucus. He said he came to the decision after speaking to regional caucus chairs who had met with their members. He cited Wilson-Raybould's decision to tape a conversation with Clerk of the Privy Council Michael Wernick about SNC-Lavalin and how the former ministers "repeatedly expressing a lack of confidence" in the Liberal government as reasons for their ejection. 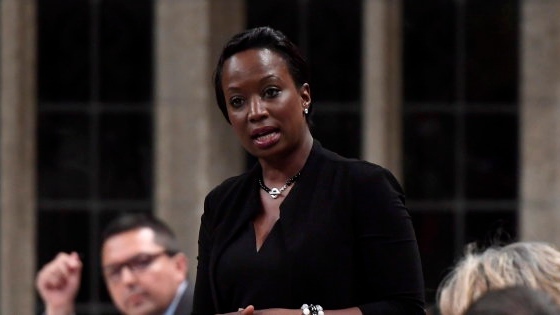 Caesar-Chavannes is a Whitby MP who once served as the prime minister's parliamentary secretary. She had been an outspoken supporter of Wilson-Raybould and Philpott, but she dominated headlines after a March 8 interview with The Globe and Mail. In the interview, Caesar-Chavannes spoke out about private talks she had with the prime minister. She said that when she approached Trudeau to inform him about her intention to not seek re-election, she was met with "hostility" and "anger." A spokesperson for the prime minister denied the alleged hostility. Less than two weeks after the story broke, she informed Trudeau she would be leaving the Liberal caucus. 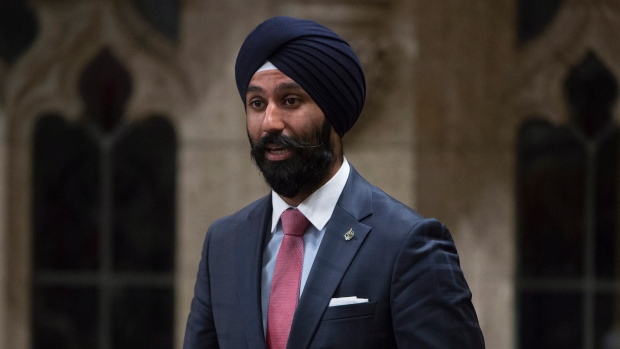 Grewal represents Brampton East in the House of Commons and served as a Liberal member on the parliamentary finance committee for two-and-a-half years. While Grewal generally flew under the radar, he stepped briefly into the spotlight when he announced in a Nov. 22 Facebook post that he planned to resign for "personal and medical reasons." Later, the Prime Minister's Office confirmed that the personal issues he referred to were "gambling problems."

However, questions swirled when he rescinded his resignation in an 11-minute video posted to Facebook in late December. He claimed to have repaid millions of dollars in gambling debts and explained that while he would be leaving the Liberal caucus, he would stay on as an Independent MP.

Liberal Whip Mark Holland confirmed Grewal's departure from the Liberal caucus in a tweet on Dec. 1, 2018. 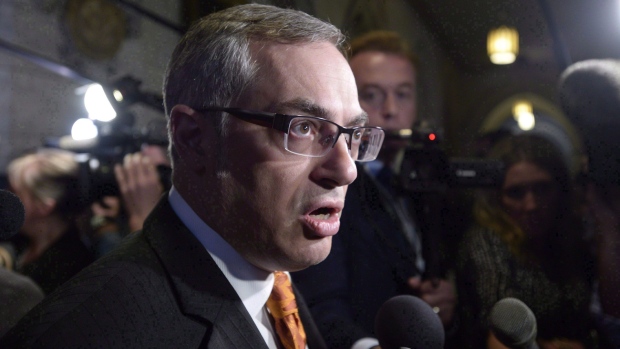 Clement is a long-time member of Parliament who held multiple cabinet positions in former prime minister Stephen Harper's cabinet. He also launched a failed bid for the Conservative leadership in 2017. However, Clement's life became embroiled in scandal when it was revealed that he was the victim of an alleged blackmail attempt. Clement had been sending explicit images and video to someone he understood to be a consenting woman – but who he says turned out to be a "foreign actor." Clement later resigned from the Conservative caucus.

Since the controversy, Clement has said he was experiencing a "personal crisis" and has sought counselling. He also announced on Tuesday that he will not seek re-election this fall. 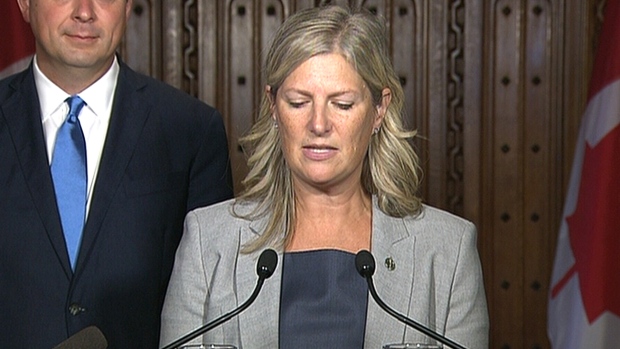 Alleslev served just over a year as the parliamentary secretary to the minister of public services and procurement before being shuffled out of the role in 2017. However, it was in September 2018 when she made a splash with her decision to ditch the Liberal party in favour of the Conservatives. Just before question period began on Sept. 17, 2018, Alleslev announced that she believed Canada’s position in the world had diminished under Trudeau's watch and that her concerns about the economy, trade and defence were "met with silence" from her then-party leadership. She walked across the floor to take her seat on the Conservative side of the House.

Her announcement was met with shock at the time, but aside from a brief series of interviews and scrums, she slowly faded into the Conservative backbench. 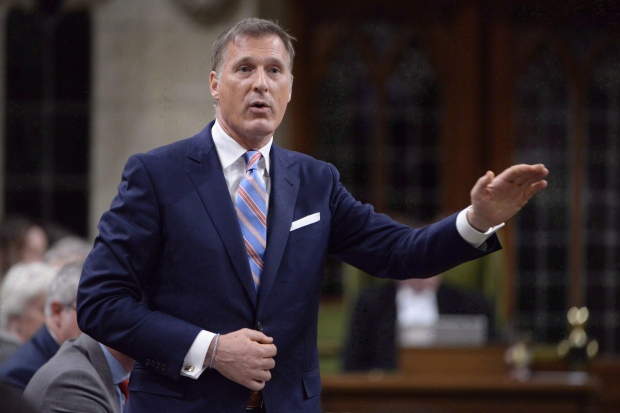 Bernier once served as a cabinet minister in Stephen Harper's government, and in 2017, lost the Conservative leadership to Andrew Scheer by two per cent. A little over a year later, Bernier gathered reporters for a Parliament Hill press conference. He proceeded to blast his then-party, saying it had "all but abandoned its core conservative principles" by making policy based on polls and focus groups. He then announced that he would be leaving the Tories to start his own party, which we now know as the newly-minted People's Party of Canada. 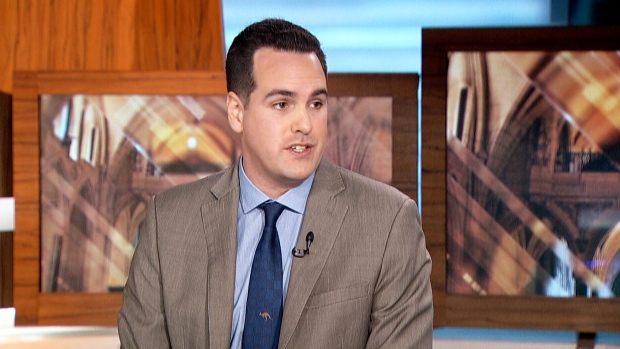 Weir is a Saskatchewan MP who was first elected to the House of Commons in 2015. In February 2018, a harassment allegation against Weir prompted NDP Leader Jagmeet Singh to launch a third-party investigation. After the first complainant came forward, multiple other accusations followed. University of Ottawa law professor Michelle Flaherty undertook the harassment probe and ultimately found that Weir failed "to read non-verbal cues in social situations" causing "significant negative impacts on the complainants." However, Singh said Flaherty’s report found "that when Mr. Weir was told his advances were unwanted, he stopped." Weir was slated to keep his seat in the NDP caucus, but after speaking to media about his accuser, Singh booted Weir for failing to take "appropriate responsibility" for his actions.

In the meantime, Weir switched his affiliation to the Co-operative Commonwealth Federation – a party that is not federally registered and has been defunct since 1961.

Weir has also made multiple attempts to return to the NDP caucus and, as recently as late January 2019, has said he still has his sights set on his riding’s NDP nomination for the fall election. 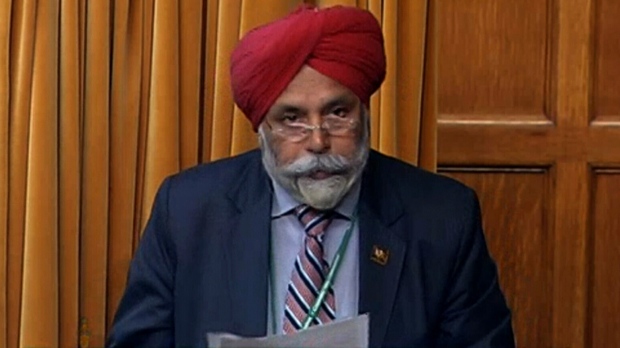 Darshan Kang flew under the radar for the most part after winning the seat in Calgary Skyview in 2015. In late August 2017, Kang resigned from the Liberal caucus after repeatedly being accused of sexually harassing a young female staffer and, according to the accuser, offering to pay her $100,000 for her silence.

An investigation into the staffer's accusation concluded in March 2018 found Kang had violated House of Commons rules. While some allegations could not be substantiated due to lack of evidence, the investigation did find evidence that inappropriate contact took place.

Kang continues to represent his riding as an Independent. 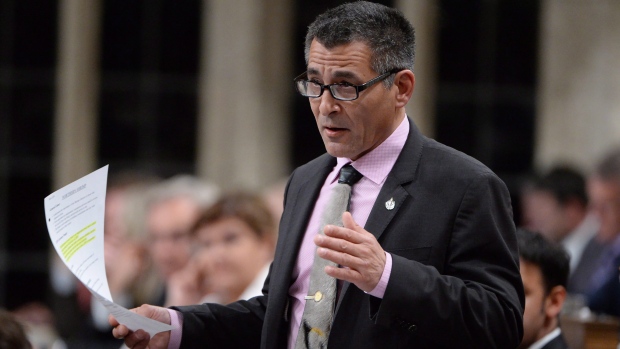 Tootoo, who represents Nunavut in the House of Commons, served as Trudeau's fisheries minister when the Liberals first formed government in October 2015. In May 2016 -- roughly a year-and-a-half after assuming the post -- Tootoo announced his plans to resign from cabinet and leave the Liberal caucus to seek treatment for addiction issues. At the time, he did not specify the nature of his addiction, but following a report from The Globe and Mail later that year, Tootoo revealed he had engaged in a "consensual but inappropriate" relationship that led to his cabinet and caucus departure. Tootoo said he checked into rehab shortly thereafter.

"I let my judgment be clouded, and I have also let alcohol take over my life. I am ashamed and I apologize to all involved, especially the people of Nunavut. I am deeply sorry," Tootoo said in a video statement in August 2016.

Tootoo continues to serve as an Independent MP.