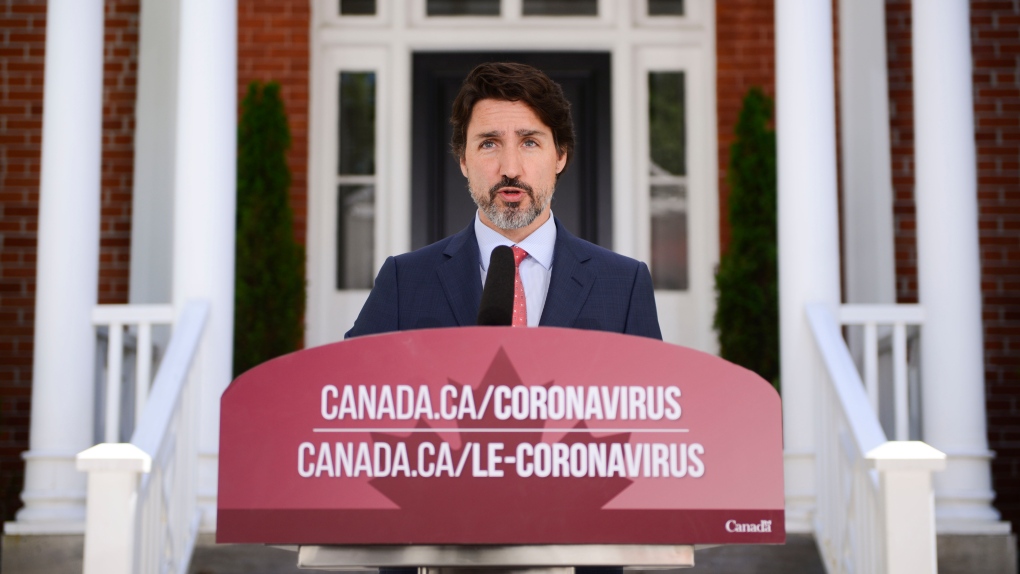 OTTAWA -- Prime Minister Justin Trudeau began what became nearly daily press conferences outside of Rideau Cottage just over a year ago. There, he urged Canadians to follow COVID-19 precautions, but over those early pandemic months he also made a lot of promises.

While initiatives like the safe restart funding to provinces, national vaccine procurement, the wage subsidy and other major emergency response benefits continue to make headlines, many announcements have hardly been heard about since.

From support for charities and farmers, to health research funding and domestic PPE manufacturing, the government has far exceeded the initial $1 billion committed on March 11, 2020 to combat the emerging pandemic. A year later, CTVNews.ca examines what became of some of those early pledges.

In addition to millions of dollars in global COVID-19 aid, the federal government focused on made-in-Canada protective gear and medical treatments for the novel coronavirus. Here are some of the notable commitments made before the second wave.

When the Canada-U.S. border shut, the federal government first promised $27 billion in direct aid to workers and families, as well as $55 billion to businesses, available in liquidity. In the weeks and months that followed this support expanded considerably.

Aside from the emergency aid programs for unemployed Canadians and the benefits that came later on to support those who don’t have paid sick leave through work, the federal government made a series of other people-focused announcements during the early months of the pandemic.

Air travel largely ground to a halt as the pandemic took hold last spring. Some have been critical of the federal government’s decision to keep Canada’s borders open for as long as it did, given the majority of our early cases came from foreign travel. Research since shows among the first 118 cases on Canadian soil, most came from travel from the Middle East, the U.S., and Europe, though travel-related cases have decreased considerably over time as border measures were imposed.

SUPPORT FOR MOST VULNERABLE

While no Canadian has been immune to the impact of COVID-19, its effects on the country’s most vulnerable has been disproportionate. People without homes or in precarious living conditions were challenged to heed strict stay-at-home orders. The requirement to limit contacts exacerbated many people’s pre-existing mental health issues. And for the elderly in long-term care, the toll was deadly.

The government sought to target these hard-hit groups in the early stages of the pandemic.

A segment in this article has been corrected: Prince Edward Island does have the COVID Alert app.

Ontario reports more than 1,800 new COVID-19 cases for first time in over a month

Variants threatening our progress in containing spread of COVID-19 with vaccines: Tam