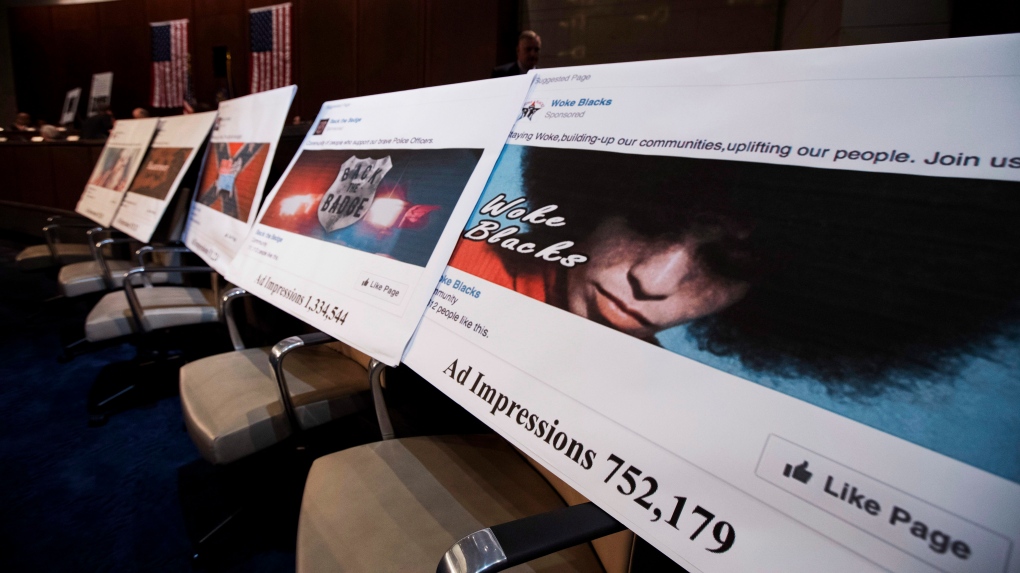 OTTAWA – Elections Canada has sent a new edict to online platforms like Facebook and Google to inform them of the need to abide by new political advertising rules, and is warning that not complying could result in thousands of dollars in fines or charges.

The guidance also explicitly states that even if these companies don’t plan on allowing political ads on their platforms, they still have an obligation under the law to make sure that their sites uphold the new requirements.

“Some platforms may decide not to sell regulated ads rather than create a registry. However, in such situations, steps must still be taken to ensure that no regulated advertising appears on the platform. If regulated ads appear without being included in a registry, an investigation and even prosecution could take place, depending on the circumstances,” says Elections Canada.

This warning comes as part of a new edict to web giants on political advertisements during pre-election and election periods. The arms-length electoral regulator has sent this information directly to these companies, and has posted it online.

“The digital landscape is constantly evolving, and it will be important for the law to keep pace with change. We have to stay on top of emerging issues and learn from what happens in other jurisdictions around the world,” said Chief Electoral Officer Stéphane Perrault in a statement.

The guidance is meant to help these online platforms and digital advertisers to comply with the new changes to election-time adverting passed under Bill C-76. This more than 300-page piece of legislation made broad changes to Canada's elections laws, including new limits on spending and foreign participation, while also aiming to boost accessibility and participation in democracy.

Specifically in regards to ads, the bill prohibits organizations selling advertising to knowingly accept elections ads from foreign actors, and requires platforms like Twitter, Google and Facebook to create a registry of all digital advertising published and paid for by third parties and political parties, as well as nominated and prospective candidates during the pre-writ and writ periods.

This was evidenced most recently in FBI director Robert Mueller’s report on alleged links between the Russian government and U.S. President Donald Trump’s campaign. That 448-page report detailed how Russians sought to divide the American public by using social media to place ads, create fake accounts that garnered hundreds of thousands of followers, and promote rallies. These efforts reached up to 126 million people on Facebook alone.

These new Canadian rules apply to advertisements that promote or oppose a party or a candidate, or take a position on anything that is or may become an issue during a campaign such as an item in a political party’s platform, or an issue specific to a riding.

Some elections and online discourse efforts have flagged this potential loophole as a concern as it leaves unregulated a variety of new ways political parties and other actors use to communicate.

One such third party group is “Ontario Proud,” which has launched a Canada-wide version “Canada Proud,” that shares posts that largely take aim at Prime Minister Justin Trudeau. In an interview with The Canadian Press, founder Jeff Ballingall said his pages reach millions of people “organically,” without having to use paid ads.

In response to the new reporting requirements, Google has already announced that it would instead be banning all political advertising during the election rather than trying to compile a registry, while Facebook is launching a library that will capture this information.

Google, which also owns YouTube, told CTV News earlier this month that it is "combating misinformation and working with the Canadian government to fight cyber threats." Colin McKay, head of government policy for Google Canada, said that there have been several meetings with key elections players including Elections Canada to discuss cybersecurity and misinformation.

Online platforms who don’t play ball could face an administrative fine, be subjected to a compliance agreement or face charges under the Elections Act, depending on the circumstances.

The route taken will be determined at the discretion of the Commissioner of Canada Elections Yves Cote.

“If the Commissioner decides to lay charges, the Public Prosecutions Service of Canada conducts the prosecution. A conviction could result in a fine and/or imprisonment,” the edict states.

The punishments for failing to publish a registry, not keeping the information for the required amount of time, advertising clients not providing the required information, or other related violations range from fines between $1,500 and $50,000, and in certain cases could mean up to three months of jail time.

The digital ad registry requirements come into effect on June 13, 2019.

The new guidance also states that political entities that buy advertising on an online platform are responsible for providing all the information needed for these platforms to comply with the registry requirements.

During her latest appearance before the Procedure and House Affairs Committee on April 11, Democratic Institutions Minister Karina Gould said that she is not ruling out bringing forward additional regulations for social media companies before the fall campaign.

She had first floated this possibility days prior, during a media availability discussing the latest report from the Communications Security Establishment, which stated that the next federal election is "very likely" going to be the target of foreign cyber interference. The report also flagged that social media has become the predominate space where people access information, and as a result is often where these cyber interferers are looking to manipulate information.

At the time the report was released, the minister said that she wasn’t confident that “they are disclosing everything with us.”

“I think from experiences we’ve seen around the world that there is a lot left to be desired in terms of how seriously they’re taking these issues,” Gould said.

Facing additional questions from committee members on this, Gould told MPs that “this is a moment where all options are on the table,” as these platforms need to be doing more than they have so far committed to when it comes to preventing the spread of disinformation or other forms of malicious cyber activity.

This comes after the federal government’s initial plan to ask, but not force these companies to step up with integrity and transparency measures, had “varying degrees of success.”

Other countries have taken more concrete approaches to regulating and holding social networks accountable, including the U.K. and Australia. Gould told the committee that she’d like to see more initiative from the big networks to illustrate how they are cracking down on misinformation and shoring up areas vulnerable to manipulation. Though, Gould said that without any policy requiring this, a core driver of the networks’ incentive to do so is its reputation with Canadians.