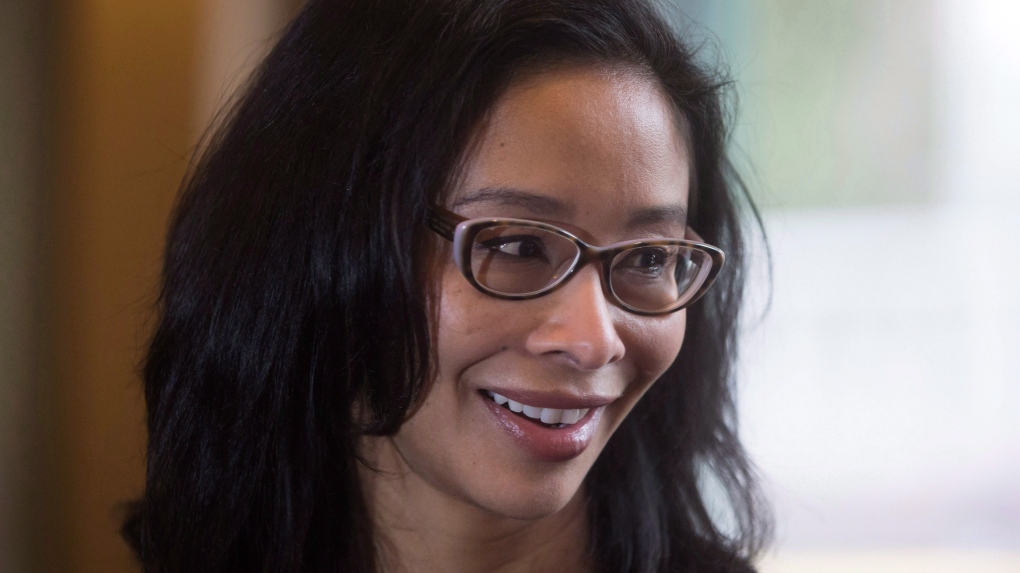 Dr. Gigi Osler speaks with a colleague at the hotel where a Liberal caucus retreat is being held, in Kelowna, B.C., on Wednesday September 6, 2017. (THE CANADIAN PRESS/Darryl Dyck)
OTTAWA -

Ian Shugart, a longtime bureaucrat and the country's top civil servant during the first part of the COVID-19 pandemic, has been tapped for a seat in the Senate.

Dr. Gigi Osler, a Winnipeg surgeon, University of Manitoba professor and president of the Federation of Medical Women in Canada, is also set to become a senator.

Prime Minister Justin Trudeau announced the picks today after the two were recommended to him by the independent advisory board for appointments to the upper chamber.

Shugart, who will represent Ontario, stepped down as the clerk of the Privy Council in early 2021 to undergo cancer treatments and formally retired in May after a long public service career.

Trudeau also appointed him to the King's Privy Council today, adding his name to a list that includes past and present cabinet ministers and people "honoured for their contributions to Canada," according to the Prime Minister's Office.

Osler, who will represent Manitoba, became the first female surgeon and the first racialized woman to hold the presidency at the Canadian Medical Association in 2018.

Prince William's office said 'racism has no place in our society' as he sought to prevent the backlash over his godmother's treatment of a Black advocate for survivors of domestic abuse from overshadowing his trip to the United States.

As of today Canadians can apply for new dental benefit: here's how

The RCMP said investigators are searching a home in Vaudreuil-Dorion, a suburb west of Montreal, as part of a 'national security' operation. The national police force began its operation Wednesday night. Police at the scene would not say what led them to the house on Aquin Avenue, in Quebec's Monteregie region.

Footage of an upcoming documentary about Harry and Meghan released Thursday shows the couple is once again prepared to tackle their rift with the Royal Family head on and in their own words.