When dogs get high: Is cannabis dangerous for canines? 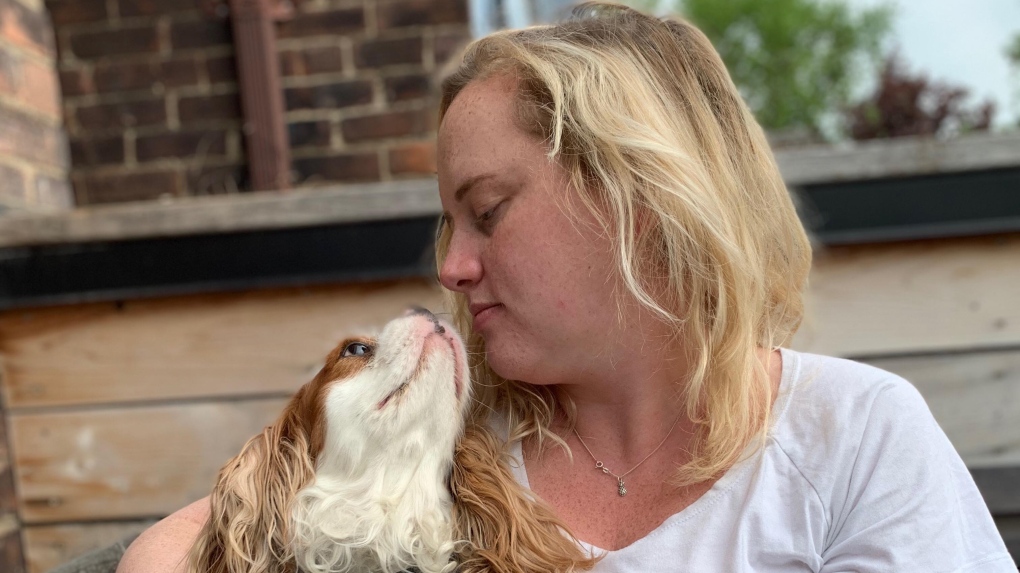 TORONTO -- Emma Alter realized something was wrong with her King Charles spaniel Maggie when she turned down a cookie.

They’d gone to the dog park in Toronto where Alter, 31, can only assume Maggie got into something she shouldn’t have. Two to three hours after the walk, the dog had rejected the treat, could barely stand up and was swaying with a “weird head bobble.” Alter rushed to an emergency veterinary clinic.

“The vet said it was all the symptoms of weed poisoning,” she recalled to CTVNews.ca in November.

After $2,500 in medication and treatment over three days at the clinic, Maggie was fine, said Alter. But after that, Maggie was kept on a tighter leash in public parks, and even wore a mesh mask for a short time.

The brief scare is increasingly common at vet clinics, according to experts, and with the recent legalization of cannabis edibles which will likely include enticing candy products, there is concern the incidents could become even more common.

“We have seen a precipitous increase,” said Ian Sandler, a member of the National Issues Committee at the Canadian Veterinary Medical Association, in an interview with CTVNews.ca. “It’s going to go up even more.”

While most research has been done with hemp products where cannabidiol (CBD) is the more dominant compound, there is less research on the effects of tetrahydrocannabinol (or THC, the chemical compound that provides the “high” sensation) and its impact on dogs, said Sandler. But cannabis has been shown to produce some alarming effects in your pet, including difficulty walking, vomiting, diarrhea, dribbling urine, and light and sound sensitivity. Still, there is no evidence that cannabis itself is lethal in dogs, said Sandler.

“They’re quite frankly high, and they don’t know what that experience is like,” he said. “The issue is not that it’s toxic per se but in high levels can cause intoxication. ... In very severe cases there have been some neurologic issues like seizures.”

Where the issue is further complicated is when cannabis is combined with products that are known toxins to dogs. The chocolate in a weed brownie, for example, may pose a greater health risk to the dog than the cannabis itself, he said.

“This is where it gets tricky. Many products, if they are in a combination of baked or edible products, ingredients like chocolate, raisins, macadamia nuts can have their own toxicity issues and can be lethal,” said Sandler.

While there is more research around cannabis and dogs, there could be similar negative health effects if your cat ingests cannabis, he added.

If a pet owner suspects their animal has ingested cannabis, it’s best to take them to the vet where they can help induce vomiting. A vet may also choose to administer an activated charcoal substance, said Sandler, which helps absorb the cannabis and reduce its effects.

Beyond these increasingly common accidental instances, cannabis is becoming a greater area of research in treating illness in animals too. A new study around cannabis and bladder cancer in dogs was recently launched at University of Guelph’s Ontario Veterinary College. It’s one of the first studies of its kind in Canada and veterinarians like Sandler are advocating for more research.

Vets cannot currently legally prescribe medical cannabis as there are no products licensed for animal use in the country. Though potential benefits are slowly becoming clearer, it’s a challenge for pet owners to attempt to administer their own cannabis to their animals. “The average pet owner doesn’t really understand dosing,” said Sandler.