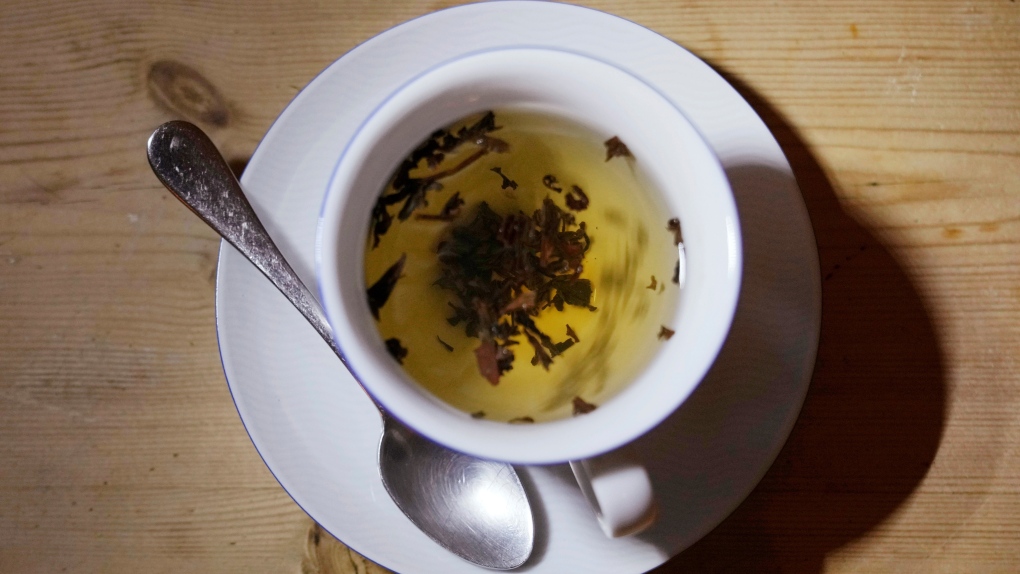 This photo shows a cup of black tea with a spoon and tea leaves in London, Monday, Aug. 29, 2022. According to a large study of British tea drinkers published Monday in Annals of Internal Medicine, scientists found two or more cups daily was tied with a modest benefit: a 9% to 13% lower risk of death from any cause. (AP Photo/Alastair Grant)

Putting the kettle on every day could be key to a healthy life, according to an Australian study that found tea consumption in elderly women had positive effects.

The peer reviewed study assessing more than 800 elderly women found that flavonoids -- a naturally occurring substance found in beverages such as black and green tea -- could lead to notable health benefits.

The participants surveyed, all women with a median age of 80, were determined less likely to have an extensive accumulation of abdominal aortic calcification (ACC), a marker or various health risks, thanks to steady intakes of flavonoids in their diet.

The abdominal aorta, which is considered the largest artery in the body, transfers oxygenated blood from the heart to abdominal organs, and ACC stands as a reliable predictor of susceptibilities to heart attack, stroke, and, according to this recent study, cognitive degenerative diseases such as late-life dementia.

The study, which was conducted by researchers with the ECU Nutrition and Health Innovation Research Institute, identified that a cohort of elderly women with no history of cardiovascular complications largely benefited from having flavonoids in their daily diet. 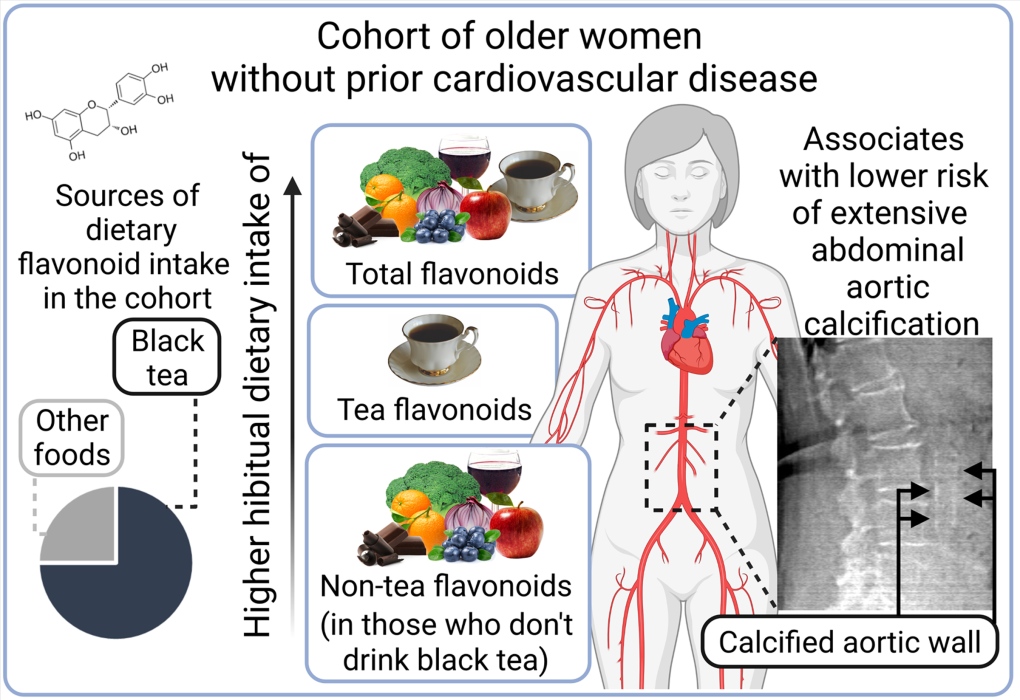 The extent of abdominal aortic calcification (AAC) is a major predictor of vascular disease events. Source: Arteriosclerosis, Thrombosis, and Vascular BiologyStudy participants who had a higher intake of total flavonoids were up to 39 per cent less likely to have extensive artery calcification, according to a news release.

Ben Parmenter, one of the study’s researchers, said numerous dietary sources hold flavonoids in high amounts, if tea isn’t to your liking.

“In most populations, a small group of foods and beverages – uniquely high in flavonoids – contribute to the bulk of total dietary flavonoid intake,” he said in the release.

The study, which was published in Arteriosclerosis, Thrombosis, and Vascular Biology, looked at women between the ages of 78 and 82 using food-frequency questionnaires and was adjusted for demographics, lifestyles and diet.

Friends and volunteers gathered Sunday at Kyiv's St Sophia's Cathedral to say goodbye to Andrew Bagshaw, who was killed in Ukraine while trying to evacuate people from a front-line town. This comes as Russian forces heavily shelled the city of Kherson, killing three people and wounding six others, the regional administration said.

Pet fish playing a video game in Japan managed to log on to the Nintendo Switch store, change their owner's avatar, set up a Pay Pal account and rack up a credit card bill.