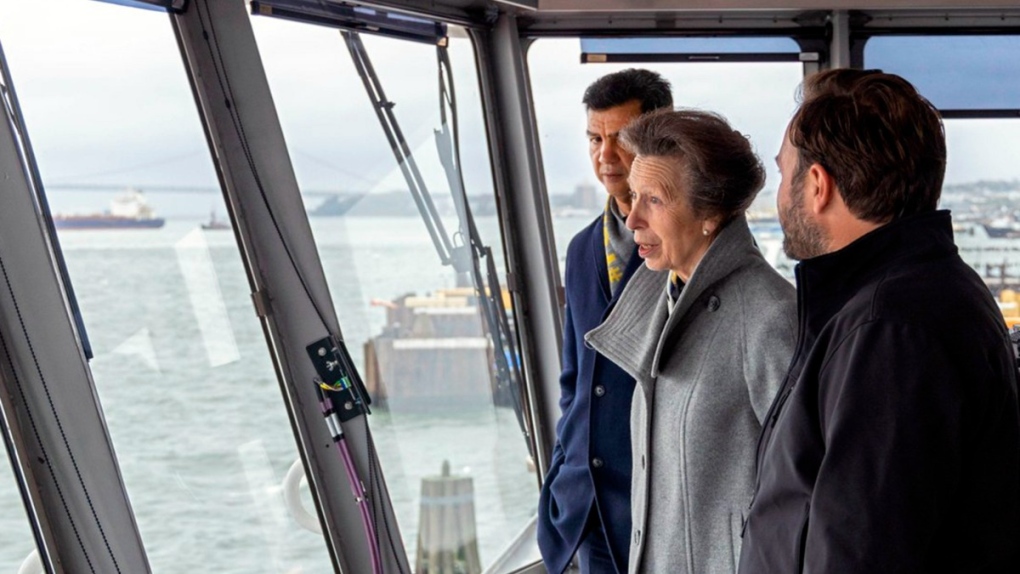 Princess Anne took a ride on the Staten Island Ferry during a visit to New York City.

The sister of Britain's King Charles III was ushered to the ferry's pilothouse as the Manhattan-bound ship crossed the New York Harbour on Tuesday escorted by police boats. A fireboat greeted the ferry with a water display just before docking, according to silive.com.

The ferry trip came after the princess was given a tour of Staten Island's National Lighthouse Museum. The visit included an an unveiling of a miniature figurine of Needles Lighthouse, in the Isle of Wight, in memory of her parents.

Princess Anne is the only daughter of Queen Elizabeth II, who died last month.

The princess attended a luncheon in Manhattan after the ferry trip and praised the lighthouse museum in a speech.

"The lighthouse still has a really important part to play," she said. "The story that goes with lighthouses and how we got here is just as important, and (the) museum has made an astonishing impact in telling that story."