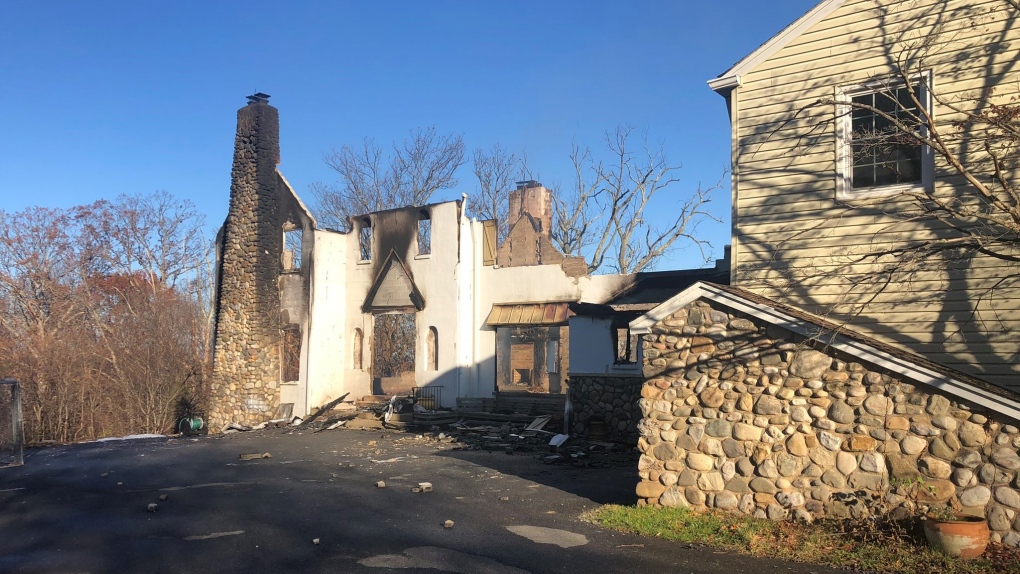 A house in Maryland was engulfed in flames on November 23 when the homeowner tried to smoke out a snake infestation on the property. (Pete Piringer / Montgomery County Fire and Rescue Service)

What started as an attempt to get rid of pesky creatures ended with an entire house going up in flames.

A house of nearly 10,000 square feet in Dickerson, Maryland, an hour west of Baltimore, was engulfed in flames on November 23 when the homeowner tried to smoke out a snake infestation on the property, Pete Piringer, chief spokesperson for the Montgomery County Fire & Rescue Service, told CNN.

Piringer said snakes had been an ongoing issue for this owner and the previous tenant as well.

Coals were used as the heat source for the smoke, but they were placed too close to combustible materials, eventually setting the house on fire, Piringer explained.

The fire started in the basement and quickly spread through each floor, engulfing the multistory home, according to CNN affiliate WJLA.

Piringer told CNN that the owner was at home a few hours before, but luckily no one was there at the start of the fire. A neighbor passing by saw the smoke and called 911.

At around 10 p.m., 75 firefighters showed up at the scene to battle the blaze.

"There were no fire hydrants in the area," Piringer said. "Which isn't a problem because we're used to it, but we had to shuttle in water tankers."

It took a few hours for firefighters to get the fire under control, but it wasn't completely out until the next morning.

The damages will cost more than $1 million, Piringer said. The house was recently purchased for $1.8 million, according to public records.

The fire department deemed the incident an accident as there was no evidence, or intention, of starting the fire.

Piringer recommends using other ways to battle an infestation.

"There are animal services that can come out and make recommendations, or pest control, or an exterminator," Piringer said. "We recommend you have professionals deal with any pest control issue to help maintain the situation."

Being that there was no one home at the time, there were no injuries reported.

The status of the snakes is unknown, but as the home was left in rubble, it's assumed they no longer live there.