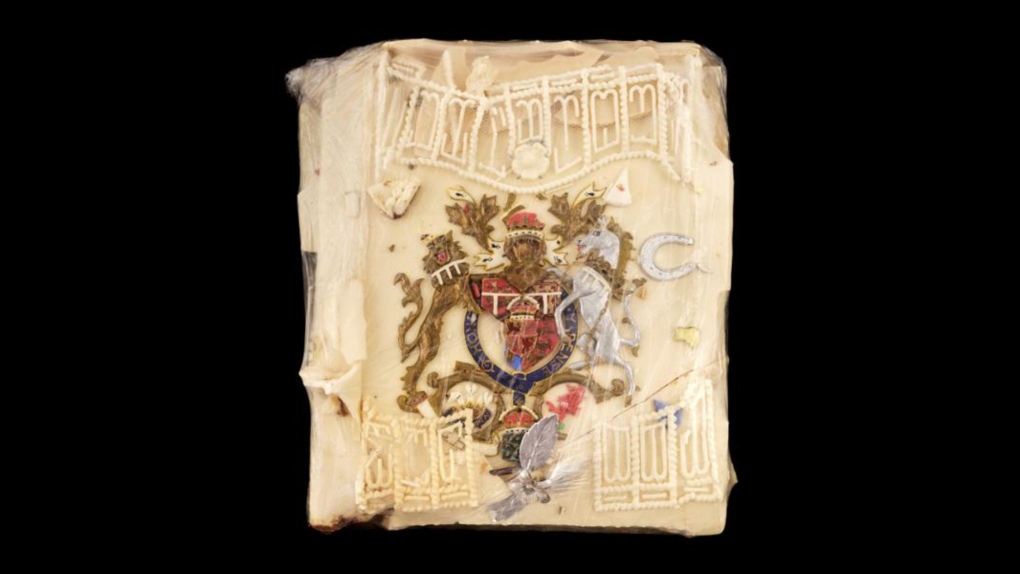 A slice of one of Prince Charles and Princess Diana's wedding cakes is up for auction 40 years after the nuptials watched around the world.

The iced slice came from one of the 23 official wedding cakes marking the July 29, 1981 marriage of the heir to the British throne and his shy 20-year-old bride. It features a marzipan base and a sugar onlay coat-of-arms, colored in gold, red, blue, and silver, on top.

The piece of cake was given to Moyra Smith, a member of the Queen Mother's household at Clarence House. Smith kept it in a floral cake tin and with a handmade label on the lid reading: "Handle with Care - Prince Charles & Princess Diane's (sic) Wedding Cake" which she signed and dated 29/7/81.

Smith's family sold the cake to a collector in 2008, but it is up for auction again Aug. 11. It is expected to fetch between 300 pounds (US$418) and 500 pounds ($697), together with an order of service, ceremonial details and a royal wedding breakfast program.

"It appears to be in exactly the same good condition as when originally sold," Chris Albury, auctioneer and senior valuer at Dominic Winter Auctioneers, said. "But we advise against eating it."