Standoff between B.C. and hospice refusing to offer assisted dying 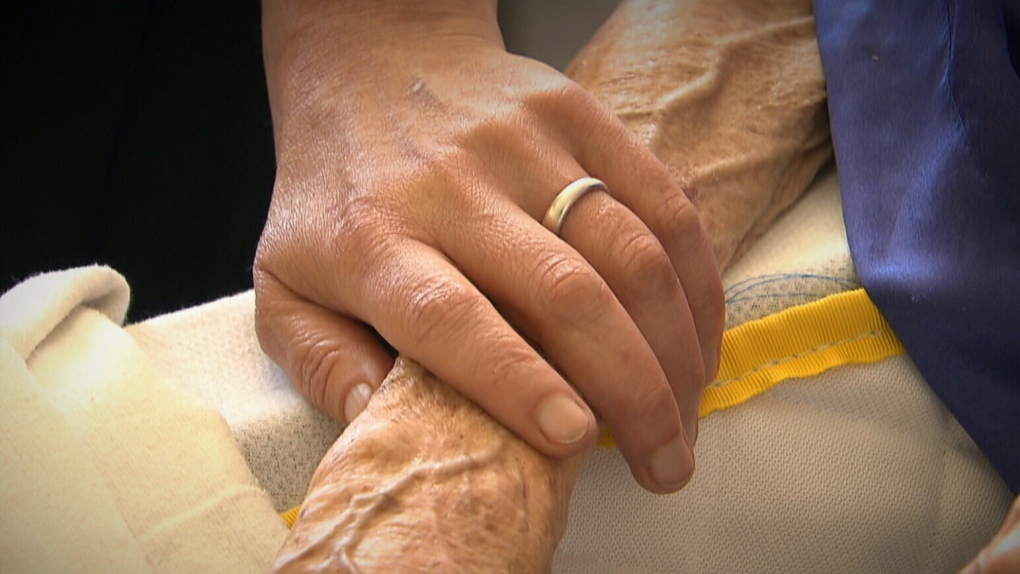 A hospice refusing to provide medically assisted deaths is shining a light on the debate over the role of palliative care.

TORONTO -- A prolonged standoff between British Columbia’s provincial health authority and a hospice refusing to provide medically assisted deaths is shining a light on the debate over the role of palliative care, and could have wider implications for the rest of the country.

Irene Thomas Hospice is a 10-bed facility located in Ladner, B.C., a suburb of Vancouver. It is operated by the non-profit Delta Hospice Society, which claims medical assistance in dying (MAID) goes against its principles.

The Delta Hospice Society’s charter mandates that its staff provide “compassionate care and support for persons in the last stages of living.”

In September 2016, B.C.’s Fraser Health Authority required all hospices that receive more than 50 per cent of provincial funding for their beds to offer MAID.

The Delta Hospice Society receives $1.4 million in funding from the province, but it has a total budget of $3 million. Fraser Health funds all 10 beds at the Irene Thomas Hospice.

In early December 2019, the hospice received a directive from Fraser Health ordering it to comply with the province’s policy on MAID.

Fraser Health claimed it had “received an unusually high volume of reports indicating that the Hospice’s current position on MAID is adversely affecting the well-being of staff and physicians working at the Hospice.”

“A positive, stable working environment is integral to high quality patient care and we have concerns about the resulting impact of the Hospice’s current MAID position on patients and their families at a vulnerable time in their lives,” said the letter, which was shown to CTV News by Angelina Ireland, president of the Delta Hospice Society.

Delta Hospice Society now has until Feb. 3 to comply with the instruction to offer medically assisted death at Irene Thomas Hospice or it will lose its provincial funding.

“It came as quite a shock to us when we received this directive telling us that we must implement this procedure in our facility or they would take our funding away,” Ireland told CTVNews.ca in a telephone interview Thursday.

“They’ve even threatened our lease.”

The hospice has said that it is prepared to give up $750,000 a year of government funding in order to fall below the 50 per cent funding threshold and be able to opt out of providing MAID.

On Friday, a spokesperson for Fraser Health said the authority fully supports a patient’s right to receive medical assistance in dying wherever they may be, including in a hospice.

“We understand this is a difficult and emotional issue for some people, but it is important to consider the patient in everything we do,” spokesperson Tasleem Juma said in an emailed statement to CTVNews.ca.

Juma said Fraser Health recognizes that individuals and faith-based health organizations can conscientiously object and choose not to participate in MAID. She also said they believe hospice care is a critical part of the “continuum of care,” which is why they took a gradual, phased approach to implementing MAID in these settings.

Representatives from Fraser Health have been “working closely” with Delta Hospice Society to “support them in implementing this service,” Juma said. She added that representatives have also met with Irene Thomas Hospice’s leadership team to discuss “concerns we have regarding compliance of their contract.”

‘WE DO NOT HASTEN DEATH’

No individual care provider or volunteer can be ordered by the government to offer medically assisted death, but the facility itself must offer it to continue to receive public funding.

There are exceptions to the policy, however. Faith-based hospices and those that receive very little funding from Fraser Health do not have to offer access to MAID, but they must still provide referrals to facilities that do offer the service.

Delta Hospice Society is not faith-based.

“We’re just a small hospice with 10 beds that the government is trying to play hardball with,” Ireland said. “We want to continue to do the kind of work that we’ve always done and done very successfully and we don’t want to fight with anybody.”

Ireland became involved with the hospice five years ago, when she herself was a patient there while she had breast cancer.

Palliative care means the focus of care providers is not on curing an individual, but making them as comfortable as possible while they deal with a serious condition or illness.

“We have bylaws and within that it says we do not hasten death, we are a palliative care organization and we do everything we can to improve the time that the person has left,” Ireland said.

She believes that a high demand for hospice care means that if the organization offered MAID, as it is required to do, it would be “limiting the number of people that can access hospice palliative care and turning them into people that are just in there for MAID.”

She’s uncertain the hospice would be able to continue providing care if it no longer received funding from Fraser Health.

“We would have to look for private partners, but the thing is, it’s Fraser Health that gives us the patients,” Ireland said. “So if they refuse to send us people that need our services, then we wouldn’t have a business either.”

MAID AVAILABLE AT NEARBY HOSPITAL

“(Cutting funding to Delta) would be a devastating loss for that community,” Herx said in a phone interview.

“This is not about opposition over or blocking access to MAID but about advocating for patient care and people who want a natural death.”

She added that access to MAID is guaranteed through the Canada Health Act, while access to palliative care is not.

“There are patients asking for MAID because they don’t have access to care. It feels like discrimination against a discipline of medicine,” she said. “MAID changes the purpose and culture of that (hospice) space.”

MAID is available just one minute away from the hospice, Herx explained, at the Delta Hospital.

In a December letter to B.C.’s Health Minister Adrian Dix, the Canadian Society of Palliative Care Physicians expressed its concerns about palliative care centres being required to provide MAID on site, saying that “poses risk for potential harm.”

“Both the public and many health care providers have had a longstanding fear of Hospice Palliative Care because they were afraid it hastened peoples’ deaths. This has led to late referrals and people choosing to not be referred to palliative care services that could have benefited them,” the letter said.

“Insisting that MAID be provided in all palliative care centres and hospices has the potential to undermine the last 40 years of education about and advocacy for Hospice Palliative Care and goes against the core, foundational principles of hospice care.”