Smokers with HIV have higher incidents of lung disease: study 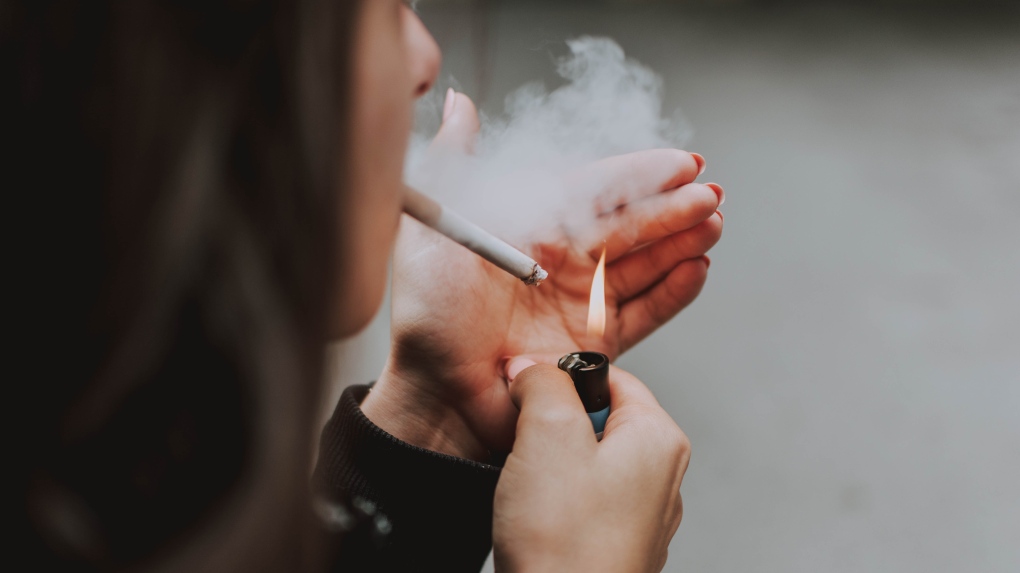 People living with HIV in Ontario are diagnosed with chronic obstructive pulmonary disease more often and earlier than HIV-negative people, according to new research from St. Michael’s Hospital in Toronto. (Pexels/fotografierende)

TORONTO -- Smokers living with HIV in Ontario are diagnosed with chronic lung disease more often and earlier than HIV-negative people, according to a new study.

Researchers at St. Michael’s Hospital in Toronto analyzed nearly 20 years of data from HIV-positive and -negative adults under 35 with chronic obstructive pulmonary disease (COPD). Rates of COPD were 34 per cent higher among HIV-positive people, who were diagnosed about 12 years younger than people who didn’t have the human immunodeficiency virus, which can cause AIDS.

The study, published Tuesday in CMAJ Open, also examined rates among men and women separately, making it the first study of its kind to look at COPD in women with HIV, who had 54 per cent higher rates of the lung disease than women without HIV.

Smoking is the primary cause of COPD and is more common in the HIV community, according to estimates, said Tony Antoniou, lead study author and scientist at the Li Ka Shing Knowledge Institute of St. Michael’s.

Education and outreach in HIV communities could be a possible next step for addressing the results of the new research, said Antoniou, adding that screening for COPD in people with HIV should be a subject of research. As should an explanation for why smoking is more common among HIV-positive communities.

“Some studies suggest that smoking is used as a way to cope with the anxiety of living with HIV and to elevate mood,” said Antoniou. “It stands to reason that interventions that would support stopping smoking would therefore include a mental health component. However, for such interventions to work, it is important that they be developed together with the community of people with HIV.”

It’s unclear as to whether HIV itself makes those individuals more susceptible to COPD.

“There are numerous possible reasons for the increased susceptibility. While some studies have identified causes related to certain infectious or immune-related factors, smoking likely represents a large reason why people with HIV may be at heightened susceptibility to COPD.”

Globally, more than 380 million suffer from the lung disease and it has become a leading cause of death worldwide. In Canada, more than two million people 35 and older were diagnosed with COPD from 2012 to 2013.

The disease causes breathing tubes in the lungs to become swollen and partially blocked, leading to shortness of breath. If not treated, the condition can worsen over time. “Depending on how much damage has occurred, people's symptoms can range from feeling somewhat winded during routine activities like going up and down stairs, to having a daily cough, wheezing and experiencing frequent lung infections,” said Antoniou.

While HIV remains the leading cause of death among people with HIV, the rate of death has “substantially dropped” since the 80s when the virus emerged. Instead of infection, illnesses such as heart disease and cancer are frequently reported as the cause of death among HIV-positive people.