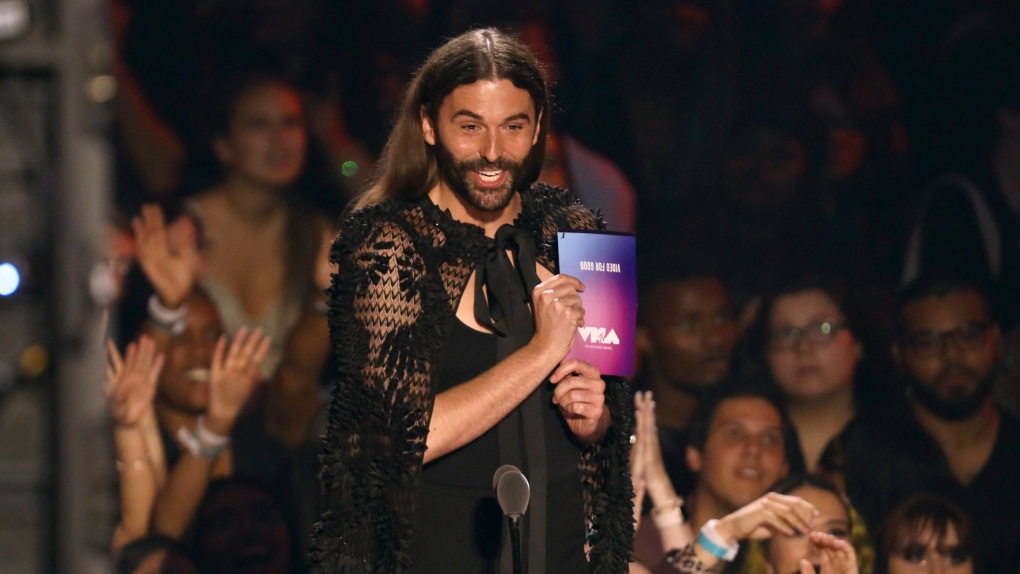 Jonathan Van Ness introduces the song of the year award at the MTV Video Music Awards at the Prudential Center on Monday, Aug. 26, 2019, in Newark, N.J. (Photo by Matt Sayles/Invision/AP)

(CNN) -- "Queer Eye" star and advocate Jonathan Van Ness bares his soul in a memoir due out Tuesday in which he writes about being sexually assaulted as a child, having sex with older men as a teen, battling drug addiction and being diagnosed with HIV.

In a revealing interview published in the New York Times Saturday, Van Ness talks about his book, "Over the Top: A Raw Journey to Self-Love" and the vulnerability -- even for him -- that comes with disclosing "certain things that I haven't shared publicly."

"I've had nightmares every night for the past three months because I'm scared to be this vulnerable with people," Van Ness, drowning in tears and coffee, told the paper.

CNN has left voice and email messages with Van Ness' publicist for comment.

The pain of a tumultuous life started early when an older boy from his church abused him -- the beginning of what Van Ness called the "compounded trauma" endured by sex assault survivors.

He described himself a "little baby queen" who was raised in a mostly supportive home in Quincy, Illinois.

In high school, Van Ness told to The Times, he stood out for the wrong reasons: "I was too fat, too femme, too loud and too unlovable." He sought comfort in sexual encounters with older men he met on AOL chat rooms.

At the University of Arizona in Tucson, Van Ness spent his allowance on cocaine and, when money ran out, he advertised sex for cash online. He flunked out of school, enrolled in a hairdresser course and had two unsuccessful rehab stints after a couple he met on Grindr introduced him to methamphetamine.

At 25, Van Ness writes, he received the "devastating" news that he was HIV positive, according to the paper. Now he says he considers himself a "member of the beautiful HIV-positive community."

Though he still drinks and smokes marijuana, Van Ness said he has been clean of hard drugs for years.

"I want people to realize that you're never too broken to be fixed," he said in the interview.

Van Ness is one of the "Fab Five" on Netflix's "Queer Eye."

He is the grooming expert. Antoni Porowski specializes in food and wine. Bobby Berk knows interior design. Karamo Brown is the culture guru. Tan France is all about fashion. They are tasked with helping someone -- in "Queer Eye" lingo, a "hero" for the person's ability to be so vulnerable -- get back on their feet after a setback.