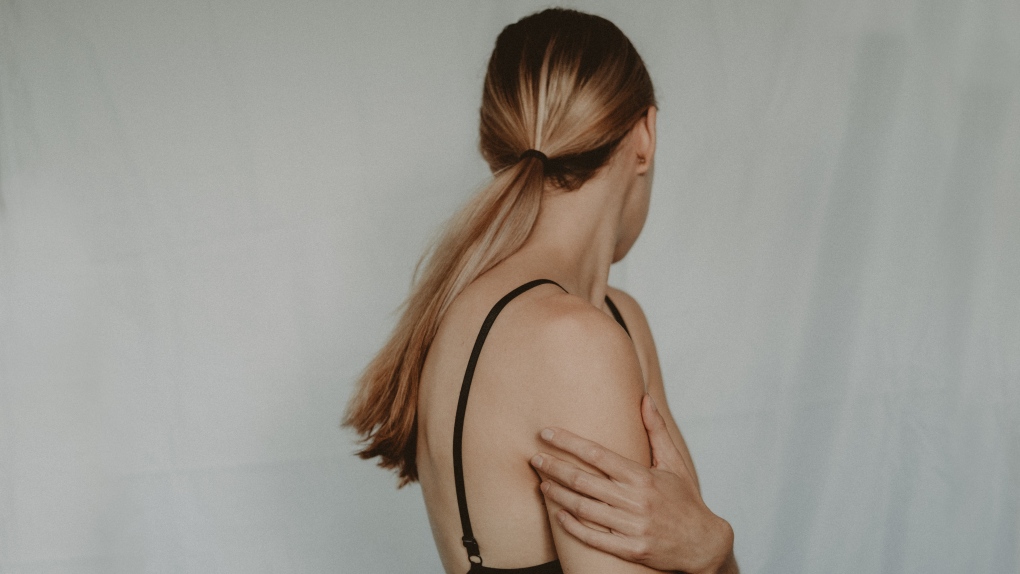 A new study has found that a group of 1,300 mothers who were tracked over a 12 year period experienced a spike in depression and anxiety due to the pandemic, jumping from 19 per cent experiencing depression symptoms pre-pandemic to 35 per cent during the pandemic. (Anete Lusina / pexels.com)

TORONTO -- A new Canadian study looking at the mental health of mothers before and after the start of the pandemic has found that their levels of depression and anxiety almost doubled in 2020, shedding more light on the burden parents are carrying during this crisis.

Published in the Lancet Psychiatry on Wednesday, the study reveals that 35 per cent of the mothers surveyed reported symptoms of depression in 2020, compared to just 19 per cent in the pre-pandemic period.

“It is clear that parents have experienced extraordinary stress during the pandemic,” Sheri Madigan, an associate professor at the University of Calgary, and one of the authors of the study, told CTVNews.ca in an email.

“We anticipated seeing increases in depression and anxiety due to parents experiencing various pandemic stressors, like income loss and balancing work from home with homeschooling, but a near doubling was surprising.”

According to researchers, this is the first longitudinal study of this phenomenon, as it looks at the same women over a period of 12 years.

“With this longitudinal data, we can demonstrate whether a shift has occurred in mothers’ anxiety and depression, compared to how they were doing long before the pandemic,” Madigan explained.

To achieve this, researchers reached out to women who were in the All Our Families study, a cohort group of pregnant women in the Calgary area who first took part in a study in 2008. Data was collected about the women on a variety of topics — including mental health — during the pregnancy itself, and then follow-ups were done at one, two, three, five, and eight years after the birth of their child.

Researchers in this new study contacted women from the AOF study who had agreed to take part in additional research down the line, and connected with around 1,300 mothers in total.

While the percentage of mothers in the AOF cohort experiencing depression and anxiety had been creeping up over the years by two or three per cent when researchers checked back in at the three, five and eight-year post-pregnancy timepoints, this increase in 2020 marked an abrupt jump.

The study notes that all of these mothers had school-aged children, who would have been sent home by school closures between March 15, 2020 and September, when schools reopened.

The added pressure of having to handle children’s entertainment or homeschooling while also working from home or having other household responsibilities was a huge source of mental stress, the research revealed, and was one of the biggest predictors for depression or anxiety.

Only one in five mothers said they weren’t having any trouble balancing homeschooling with other responsibilities, and just 19 per cent of this group reported depression symptoms, with only 15 per cent reporting anxiety.

“As we started to unpack the findings, the data mirrored what we heard and experienced anecdotally at the beginning of the pandemic: mothers were struggling to balance homeschooling with working from home, families were worried about their incomes and job loss, and losing social support resources and childcare was very challenging,” Madigan said.

But loss of income was a far bigger predictor for depression than pre-pandemic earnings, researchers said.

“Our findings suggest that experiencing a change or disruption in income during COVID-19 was associated with increases in mental health difficulties for mothers,” Nicole Racine, postdoctoral fellow at the University of Calgary and lead author for the study, told CTVNews.ca in an email.

The study is not without limitations. Having been sourced from the Calgary area, more than 80 per cent of the respondents in the study were white women, leaving a gap in our understanding of how this phenomenon affects a greater population.

“We know from other studies and data that women and women of colour were disproportionately impacted by income loss during the pandemic,” Racine said. “Our study highlights that more research is needed to understand the experiences of women of colour who were under-represented in this longitudinal survey. This is an important future direction.”

Those who responded to this study also were slightly older and had slightly higher incomes overall than the original AOF cohort, researchers said. As mothers aged 25-34 made up only five per cent of the 1,300 respondents but reported the highest percentages of depression and anxiety (44 per cent and 40.5 per cent, respectively), it’s possible that the overall percentage of mothers experiencing depression in Canada could be even higher.

While more research is needed, this study shows that the pandemic has had a measurable affect on the mental health of parents, and that mothers are struggling, researchers emphasized.

“It’s clear the strain of the pandemic is taking a toll on parent mental health,” Madigan said. “Support from friends, family and community are essential. When we support parents, the whole family will benefit.”

PM 'concerned' about vaccine restrictions, no indication Canada is impacted

'Breakthrough' COVID-19 cases: The possibility of infection after vaccination

How the number of COVID-19 deaths exploded in Brazil

One million people have been vaccinated in Quebec; COVID-19 hospitalizations down

By catching bats, these 'virus hunters' hope to stop the next pandemic