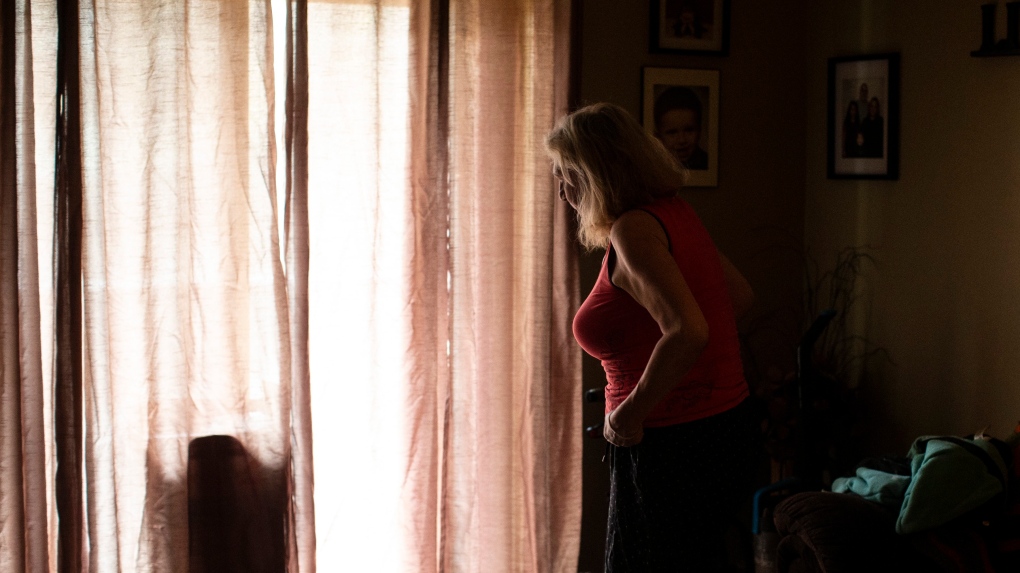 Ruby Ivanore is photographed in her apartment in Hamilton, Ont., Wednesday, April 29, 2020. THE CANADIAN PRESS/Chris Young

TORONTO -- As restrictions on social gatherings continue across the country in the fight against COVID-19, new research is revealing how the feeling of loneliness can have far-reaching consequences for people’s psychological and physical well-being, and even their life expectancy.

The findings, published in the journal Trends in Cognitive Sciences earlier in June, show how social isolation can negatively affect the health of the brain as well as the immune system.

“Social isolation, or a lack of social opportunity, gives rise to a sense of loneliness. Directly or indirectly, this feeling has many wide-ranging consequences for our psychological well-being as well as our physical health, even our longevity,” the study states. “In short, loneliness kills people.”

For the study, researchers at McGill University and the University of Oxford in the U.K. analyzed a range of existing studies on loneliness in order to explore the neurobiology of social isolation.

They found that loneliness can have a profound impact on the brain and that insufficient social stimulation affects its reasoning and memory performances, its hormone homeostasis, which controls blood glucose levels and blood pressure, its amount of grey and white matter, its connectivity and function, and its resilience to mental and physical disease.

The academics also found that feeling lonely can directly impair people’s immune system, which makes them less resistant to diseases and infections. They said those who were more socially integrated have better adjusted biomarkers for physiological function, such as lower systolic blood pressure, lower body mass index (BMI), and lower levels of C-reactive proteins, which are found in higher levels when there is inflammation in the body.

While short periods of loneliness in humans rarely have any long-term adverse outcomes, according to the study, persistent feelings of isolation can increase the risk for Alzheimer’s disease, depression, and poor sleeping habits, which can then lead to adverse psychological and physiological consequences.

That’s why co-author Robin Dunbar, an emeritus professor of Evolutionary Psychology at Oxford University, said the COVID-19 pandemic has the potential to make the problem of loneliness even worse.

“These concerns can only be exacerbated if there are prolonged periods of social isolation imposed by national policy responses to extraordinary crises such as COVID-19,” he said in a press release.

What’s more, the research team said that many studies have shown that social isolation was a significant predictor of the risk of death.

For example, a longitudinal analysis of 6,500 British men and women in their fifties found that being socially isolated increased their risk of dying in the next decade by about 25 per cent.

“We are social creatures. Social interplay and co-operation have fuelled the rapid ascent of human culture and civilization. Yet, social species struggle when forced to live in isolation,” co-author Danilo Bzdok, an associate professor in the Department of Biomedical Engineering at McGill University, said in a press release.

“From babies to the elderly, psychosocial embedding in interpersonal relationships is critical for survival.”

And while social isolation can be dangerous for individuals, the researchers found it can also be harmful to wider groups as a whole.

That’s because feelings of loneliness can be spread through a social network, resulting in a negatively skewed perception of society that is reinforced among the members of the group.

“Once lonely, humans can get trapped in a psychological downward cycle that can be difficult to escape,” the study said. “This is in part reinforced by a skewed perception of negative cues and social threat from others, or the expectation of being socially excluded by others.”

However, the paper said people who belong to more groups, such as sports clubs, church, charitable organizations, and hobby groups, were less likely to become ill and had higher rates of survival. They were also found to reduce their risk of future depression by almost 25 per cent.

In conclusion, the researchers acknowledged recent efforts by the World Health Organization (WHO) and the U.K. government to recognize the dangers of social isolation to people’s physical and mental health.

In 2019, the WHO declared loneliness a major health concern worldwide. In the U.K., the first minister of loneliness was appointed in 2018 to address the problem.

“Loneliness has accelerated in the past decade,” Dunbar said. “Given the potentially severe consequences this can have on our mental and physical health, there is growing recognition and political will to confront this evolving societal challenge.”

No singing or dancing allowed as Ontario reopens restaurant patios