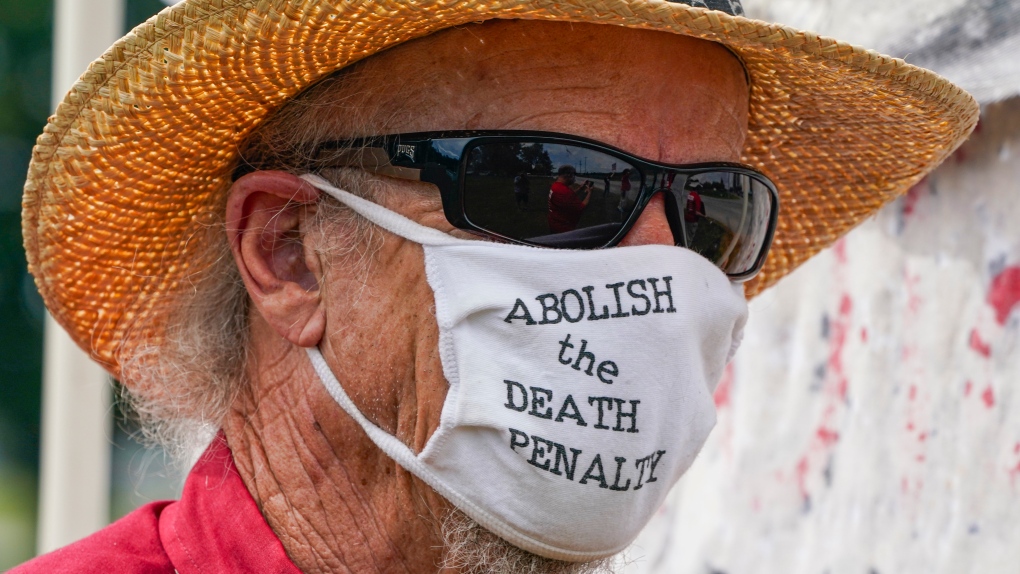 WASHINGTON -- As the Trump administration was nearing the end of an unprecedented string of executions, 70 per cent of death row inmates were sick with COVID-19.

Guards were ill. Traveling prisons staff on the execution team had the virus. So did media witnesses, who may have unknowingly infected others when they returned home because they were never told about the spreading cases.

Records obtained by The Associated Press show employees at the Indiana prison complex where the 13 executions were carried out over six months had contact with inmates and other people infected with the coronavirus, but were able to refuse testing and declined to participate in contact tracing efforts and were still permitted to return to their work assignments.

Other staff members, including those brought in to help with executions, also spread tips to their colleagues about how they could avoid quarantines and skirt public health guidance from the federal government and Indiana health officials.

The executions at the end of Donald Trump’s presidency, completed in a short window over a few weeks, likely acted as a superspreader event, according to the records reviewed by AP.

It was something health experts warned could happen when the Justice Department insisted on resuming executions during a pandemic.

It’s impossible to know precisely who introduced the infections and how they started to spread, in part because prisons officials didn’t consistently do contact tracing and haven’t been fully transparent about the number of cases.

But medical experts say it’s likely the executioners and support staff, many of whom traveled from prisons in other states with their own virus outbreaks, triggered or contributed both in the Terre Haute penitentiary and beyond the prison walls.

Of the 47 people on death row, 33 tested positive between Dec. 16 and Dec. 20, becoming infected soon after the executions of Alfred Bourgeois on Dec. 11, and Brandon Bernard on Dec. 10, according to Colorado-based attorney Madeline Cohen, who compiled the names of those who tested positive by reaching out to other federal death row lawyers.

In addition, at least a dozen other people, including execution team members, media witnesses and a spiritual adviser, tested positive within the incubation period of the virus, meeting the criteria of a superspreader event, in which one or more individuals trigger an outbreak that spreads to many others outside their circle of acquaintances.

The tally could be far higher, but without contact tracing it’s impossible to be sure.

The Bureau of Prisons has repeatedly refused to say how many other people have tested positive for the coronavirus after the last three federal executions last month. And the agency would not answer questions about the specific reasoning for withholding the information from the public, instead directing the AP to file a public records request.

An analysis of public health data shows the virus was raging at peak levels in Indiana’s Vigo County — home to the Terre Haute prison — as the federal government carried out an execution in November, essentially sending dozens of Bureau of Prisons staff members, witnesses and others into a virus hot zone, leaving them susceptible to being sickened and spreading the disease back to their home prisons and hometowns.

In response to questions from the AP, the Bureau of Prisons said staff members who don’t experience symptoms “are clear to work” and that they have their temperatures taken and are asked about symptoms before reporting for duty. (The AP has previously reported that staff members at other prisons were cleared with normal temperatures even when thermometers showed hypothermic readings.)

The agency said it also conducts contact training in accordance with federal guidance and that “if staff are circumventing this guidance, we are not aware.”

Officials said staff members were required to participate in contact tracing “if they met the criteria for it” and agency officials couldn’t compel employees to be tested.

“We cannot force staff members to take tests, nor does the CDC recommend testing of asymptomatic individuals,” an agency spokesperson said, referring to the Centers for Disease Control and Prevention.

The union for Terre Haute employees declined to comment, saying it did not want to “get into the public fray of this whole issue.”

Elsewhere, union officials have long complained about the spread of the coronavirus through the federal prison system, as well as a lack of personal protective equipment and room to isolate infected inmates. Some of those issues have been alleviated, but containing the virus continues to be a concern at many facilities.

Unwilling to wait, poorer countries seek their own vaccines