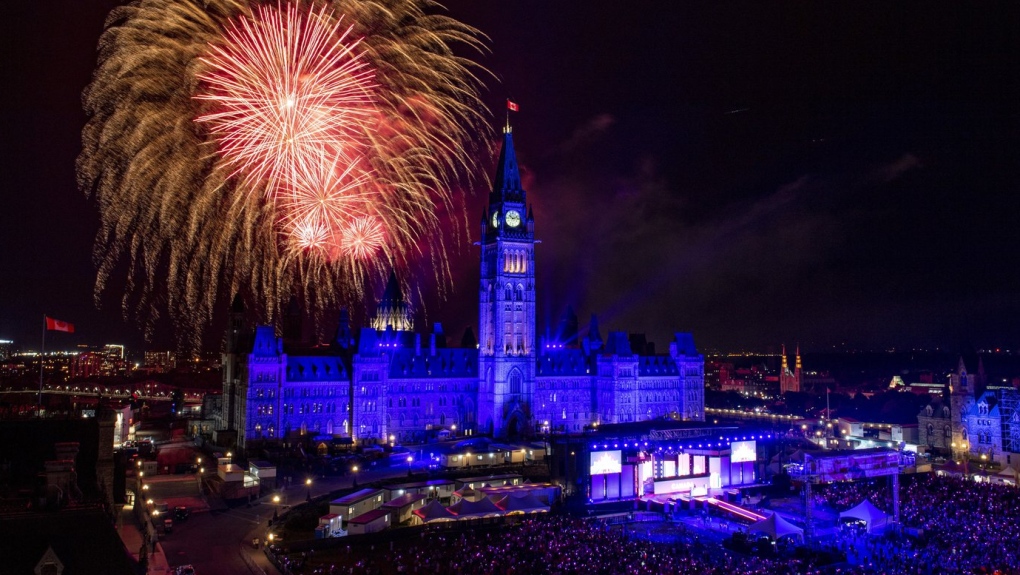 It has been slow to bounce back as new COVID-19 variants and public health measures deterred domestic and foreign travellers, but as cases drop and restrictions lift there are signs of recovery across the country.

Some tour operators are scrambling to find staff to fill a surge in demand and hotels are reporting occupancy rates near pre-pandemic levels.

"This summer will be the summer of recovery," said Catherine Callary, vice president with Tourism Ottawa.

Canada's tourism industry GDP was down nearly 50 per cent in 2020, according to Statistics Canada, compared to an economy-wide 5.4 per cent drop.

And while there is optimism, the most recent Statistics Canada numbers show the recovery is far from complete.

Domestic tourism activity, which compiles data such as travel movement and spending, was down 20 per cent this March compared to 2019. And international tourism activity was 57 per cent behind pre-pandemic levels.

Callary estimates Ottawa lost out on $3 billion in the tourism industry over the pandemic. The demand for hotel rooms, however, has bounced back and now sits around 15 per cent below pre-pandemic levels, she said.

"Tourism operators are not going to be able to recoup the lost revenues from the past two years. Those are not revenues that they can recoup. But we can move forward, we can recover," she said.

Off the coast of Newfoundland, whale watching boats loaded with tourists are back in Atlantic waters. Mike Gatherall, director of Gatherall's Puffin and Whale Watch south of St. John's, said business is booming.

The 38-year-old family business had a banner year in 2019, Gatherall said. But 2022 is exceeding those numbers.

Bookings are up nearly 40 per cent, he said.

"(This year) so far, has actually been quite busy. A very healthy rebound, certainly, for our operation," he said.

Government support and some prudent financial planning helped the business retain its staff throughout the pandemic, Gatherall said. But challenges still remain.

The rising cost of fuel is making it more expensive to operate the boats. And he says a shortage of rental cars could make it hard for would-be customers to make the trip from the city to the rural coast.

In the Toronto-area, hotel occupancy surpassed 80 per cent in June for the first since the pandemic started, said Destination Toronto executive vice-president Andrew Weir.

While leisure travel is expected to drive this summer's recovery, he said it could be years before the city sees the full return of large-scale conferences. Those events are a big boost to local business, whether it's florists, caterers, or audio-visual companies, Weir said.

"Until both of those engines are firing at full steam, the visitor economy won't have fully recovered," he said.

He had to turn down some requests this spring as he scrambled to find guides, after the business had scaled back to a skeleton operation during the pandemic.

But so far 1,000 people have joined a tour this May and June alone, he said.

"And we're just getting into our peak tourism season. So I know that looking ahead, we've got a lot of bookings now for July and August, as people are planning their trips to Canada. And most of our business, for us, it's Americans. That's three-quarters of our business," said Kucherawy, who serves as president of the Tourist Guide Association of Toronto.

U.S. residents took 759,600 trips to Canada this April, eight times more than April 2021, but less than half of the 2019 trips, according to the latest Statistics Canada numbers on international arrivals.

American visitors are also slowly starting to return to one of the most iconic tourist attractions on the Prairies, said West Edmonton Mall general manager Danielle Woo. But with inflation raising the cost of travel, she said the mall has seen much of its business from the "staycation" crowd, either from within Alberta or nearby provinces.

"I would say at this point, we are definitely where we were or better than we were pre-pandemic as far as what the mall feels like as a whole," Woo said.

The Skwachays Lodge in Vancouver, an 18-room boutique hotel and art gallery run by the Vancouver Native Housing Society, made just one booking in all of January 2021, said Caroline Phelps, who runs the lodge's Indigenous artists-in-residence program.

The hotel catered mostly to in-province customers before the pandemic, but the return of cruise liners to the B.C. coast has attracted a new set of tourists, she said.

"For the rest of the summer, we're getting booked. Even during the weekdays," Phelps said. "We have a lot of cruise ship travellers that stay."

This report by The Canadian Press was first published June 28, 2022.