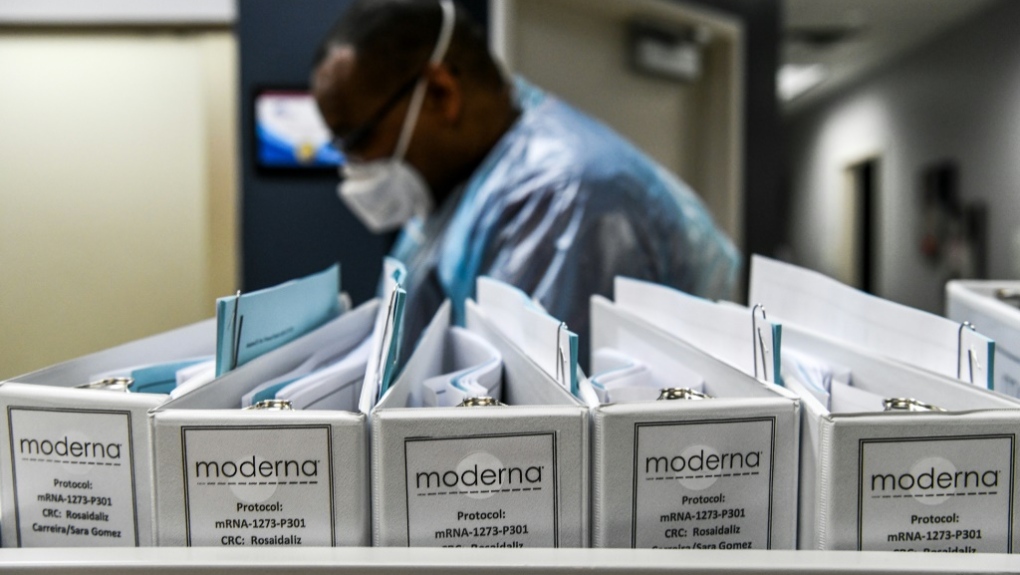 The race for a vaccine has taken a political turn in the run-up to the November 3, 2020 election, with U.S. President Donald Trump regularly promising to have one brought to market by October. (AFP)

The race for a vaccine has taken a political turn in the run-up to the November 3 election, with U.S. President Donald Trump regularly promising to have one brought to market by October, raising questions about possible pressure on the Food and Drug Administration (FDA) to move quickly.

Experts and even officials from his own administration say the outcome of ongoing trials cannot be predicted, and that they are unlikely to yield actionable results before the end of the year or early 2021.

Available doses would be very limited in the first few months and given to priority populations such as senior government officials, essential workers and the elderly.

Moderna said it had recruited 25,296 participants of its goal of 30,000, of whom 28 per cent were from minority communities.

Having a sufficient number of black and Hispanic participants, in particular, is seen as crucial to obtain a statistically representative results for these groups, which have been disproportionately hit by the pandemic.

Among the participants, 10,025 have already received their second dose, which has to be injected 28 days after the first.

The protocol of a trial is the document negotiated with the FDA, marked "confidential," which describes in detail how the testing will be conducted.

This includes, most crucially, the conditions under which a committee of independent experts can look at the data and stop the trial because the medicine is either working or is too dangerous.

"This has the key information for stopping rules, interim analyses and efficacy assumptions. Applaud their transparency," Eric Topol, an independent expert who has been sounding the alarm on the need to guard against political interference, told AFP.

The other ongoing phase 3 trial in the United States is being led by Pfizer.

A third was being led by AstraZeneca, in partnership with the University of Oxford, until global trials of this vaccine were stopped last week.

They have since resumed in Britain, Brazil and South Africa, but not in the United States, for reasons that so far remain unclear.