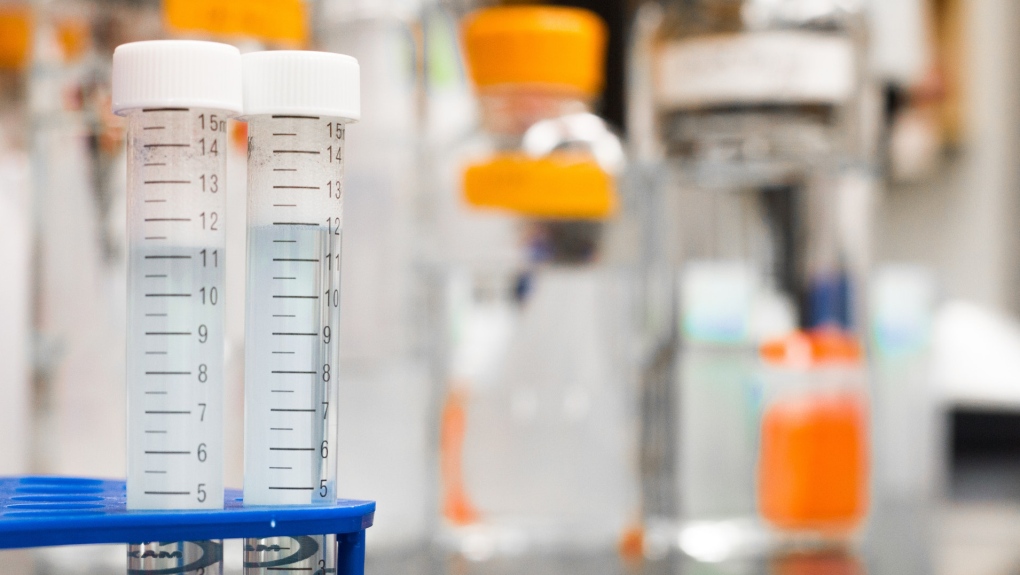 TORONTO -- With the death toll from COVID-19 climbing ever higher worldwide, one question looms large in the mind: when could there be a vaccine to challenge this pandemic?

Scientists are working around the clock to find that solution, with numerous vaccine trials already underway in multiple countries.

As of May 22, more than 110 potential vaccines were in preclinical evaluation, according to the World Health Organization (WHO).

In order for a vaccine to be approved for rollout to the general population, it needs to pass preclinical testing in animals, and three phases of clinical trial evaluations in humans. This process takes around 12-18 months, experts say — and that’s moving fast.

Here are the potential vaccines that have moved on to clinical trials with human subjects, and how far along they are in the process towards official approval for production.

One of the first vaccine trials approved for human tests was in Beijing on March 16. The trials were started by CanSino Biologics Inc., a Hong Kong biotech firm backed by the Academy of Military Medical Sciences. Its vaccine was co-developed with the Beijing Institute of Biotechnology, according to the company’s website.

The company indicated in early April that they would be beginning phase two of their trials soon.

Preliminary results from their first phase of trials in Wuhan, described in the Lancet on May 22, show that 108 adults who took it experienced some mild or moderate side effects, such as pain upon injection, fever, fatigue and headache.

They were monitored for 28 days after being injected with the vaccine, and researchers found that the subjects had started to produce antibodies and had a response in T-cells, which protect the body from pathogens.

The study is now in its phase two in China, which involves around 500 adults.

Another company in China, Sinovac Biotech Ltd., announced on April 17 that they were testing an inactivated vaccine for the novel coronavirus in humans, called CoronaVac.

For the first phase of their study, they gave 144 adults between the ages of 18-59 either a dosage of the vaccine or a placebo.

In a May 22 press release, Sinovac said they started the second phase of their study in May. They said the second phase involved testing the vaccine on a larger population, and added that they were also building a commercial vaccine production plant with the goal of producing 100 million doses of CoronaVac in a year.

On May 16, Health Canada announced that it had approved CanSino Biologic’s vaccine candidate, Ad5-nCoV, to be tested in Canada.

Human trials will be run by the Canadian Center for Vaccinology at Dalhousie University in Halifax, starting with a first phase of around 100 adult volunteers, whose health will be tracked over a six month period.

Drug developer Moderna announced on March 16 that they had given their potential vaccine to the first person in their clinical trials. The first phase of their trial aimed to enroll 45 healthy volunteers between 18 and 55 years old and was expected to take approximately six weeks. Their vaccine is designed by using the sequence of the virus, which was shared by Chinese authorities in early January, instead of working on the virus itself.

On April 16, they announced that they were expanding to add older adults and elderly adults to their volunteers for phase one testing.

Moderna said in a press release on May 12 that they had received a Fast-Track designation from the FDA in order to facilitate the development of the vaccine.

There were some adverse reactions to the vaccine, however — proving the purpose of extensive testing.

One individual who received a lower dose developed redness around the site of injection, but the highest number of adverse effects were felt at the highest dosage: 250 micrograms. Three individuals had “grade 3 systemic symptoms” following their second dose of the vaccine, according to Moderna’s press release, but all recovered.

Based on this data, Moderna’s phase two will study two dosage levels: 50 micrograms and 100 micrograms.

The company expects to be moving onto the third phase of the study in July.

A second American company is working on a vaccine as well: Inovio Pharmaceuticals announced on April 28 that they have delivered the first dose of their potential vaccine to 40 healthy volunteers in Philadelphia and Kansas City.

Their potential vaccine is called INO-4800, and, like the company’s other research, focuses on synthesizing DNA plasmids to produce a specific immune response in the body.

The company has said they want to deliver one million doses of their potential vaccine by the end of the year for studies and potential emergency use. They have also partnered with the Korea National Institute of Health to run trials in South Korea, according to an April 16 press release.

They are expecting results from their human trials in June, but released their preclinical study data on May 20 in the scientific journal Nature Communications. Their earlier studies produced neutralizing antibodies in guinea pigs and mice.

Novavax, a third American company, announced May 25 that they had enrolled their first participants for human trials. Their vaccine is called NVX CoV2373 and is made using nanoparticle technology, according to their press release.

They aren’t testing in the U.S. at first — the trials are starting with 130 healthy adults in Australia. Further trials will be held in numerous countries, including the U.S.

They expect to have results from their first phase in July.

BioNTech, a German company, has been collaborating with U.S. pharmaceutical giant Pfizer on its potential vaccine.

The vaccine has already entered the stage of human trials. Twelve participants were given doses of the potential vaccine, called BNT162, in Germany after the start of the clinical study on April 23.

A press release put out on April 29 from BioNTech said that the trial will now be escalated, and that 200 healthy volunteers between the ages of 18 and 55 will receive the potential vaccine.

Volunteers who are in high-risk groups for the novel coronavirus will be included in the second part of the trial.

On May 5, Pfizer and BioNTech announced that the first U.S. volunteers had received the vaccine candidate.

Up to 360 adults in two different age groups (18-55 and 65-85 years of age) within the U.S. will receive dosages of the vaccine, starting with the younger cohort. Older adults will receive doses if it is proven to be safe and to have a positive effect.

Scientists at Oxford University’s Jenner Institute are moving forward with a three-part clinical trial that will, by its end, have used nearly 6,000 participants.

They started human trials mid-April, the university told CNN. The first phase involves 510 volunteers between the ages of 18 and 55.

Their potential vaccine is made with ChAdOx1, which is a weakened form of a common cold virus in chimpanzees. Scientists have added genetic material to make spike proteins similar to the novel coronavirus’ structure appear on ChAdOx1. Since the novel coronavirus uses these spike proteins to bind to human cells, the goal of the vaccine is to bind to those same receptors and allow the human body to recognize and develop an immune response to the spike protein itself.

Vaccines made from ChAdOx1 have been tested in humans before, according to the Oxford vaccine trial’s website, and have proven to be safe, apart from temporary side effects such as headaches or a sore arm.

Scientists say they hope to have results from the trials in the fall, but that their timelines are “highly ambitious and subject to change.”

The human trials are still ongoing.