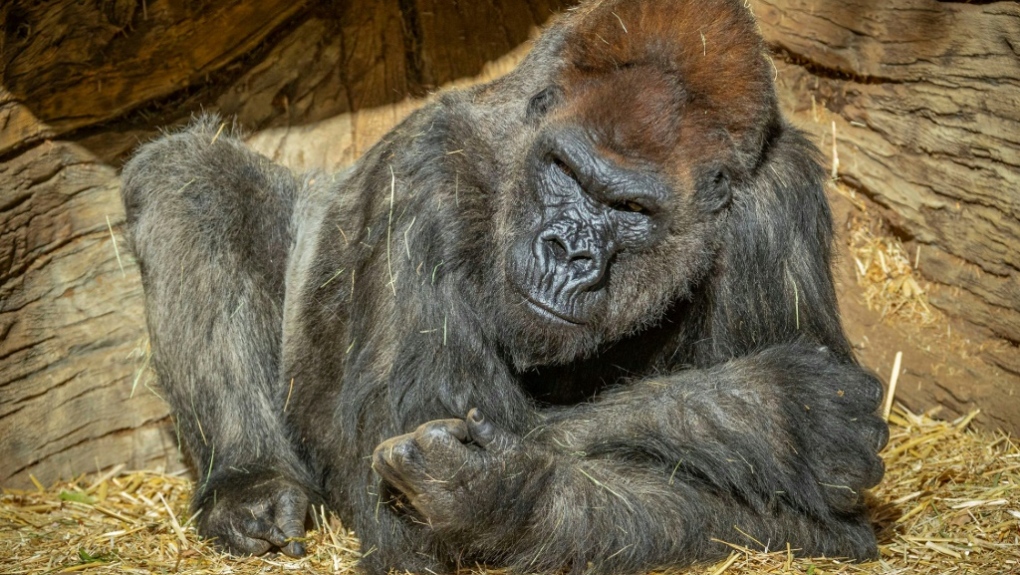 Winston, 48, was one of several gorillas among the San Diego Zoo Safari Park's troop who were confirmed positive for the virus. (AFP)

WASHINGTON -- An elderly gorilla is recovering from a serious case of COVID-19 after he was treated with cutting-edge synthetic antibodies, the San Diego Zoo said Monday.

Veterinarians are now identifying which animals to inject with the zoo's limited supply of vaccines.

Winston, 48, was one of several gorillas among the San Diego Zoo Safari Park's troop who were confirmed positive for the virus on Jan. 11, based on fecal samples.

It was the first known case of natural transmission of the virus to great apes, and was suspected to have occurred because of contact with an asymptomatic staff member, despite the use of personal protective gear.

"The troop was infected with a new, highly contagious strain of the coronavirus, recently identified in California," San Diego Zoo Global, the nonprofit that operates the zoo and safari park said in a statement.

Two research groups in California have identified a homegrown strain that they believe was driving the Golden State's year-end surge in infections.

The troop remained under close observation following the diagnosis, with some of the gorillas showing symptoms including mild coughing, congestion, runny noses and bouts of lethargy.

Because of his advanced age, his symptoms and concern about underlying conditions, Winston was examined under anesthesia.

Veterinarians confirmed the silverback had pneumonia and heart disease, and initiated a treatment that included heart medication, antibiotics, and monoclonal antibody therapy.

Monoclonal antibodies are a lab-made version of the body's natural infection-fighting proteins, and they are delivered by intravenous infusion.

COVID-19 monoclonal antibodies have been approved for emergency use in the U.S., and were notably used to treat former president Donald Trump.

But Winston's treatment came from a supply not permitted for human use, the statement said.

"The veterinary team who treated Winston believe the antibodies may have contributed to his ability to overcome the virus," it added.

Winston, a critically endangered western lowland gorilla, arrived at the San Diego Safari Park in 1984 and will celebrate his 49th birthday on Feb. 20, according to the website.

He is considered to be one of the oldest breeding male gorillas in a managed care setting, and is the leader of his troop.

San Diego Zoo Global has also been provided with some COVID-19 vaccines and is in the process of identifying suitable animal candidates at the zoo and safari park.

The statement didn't identify which vaccine it was, but said it was based on synthetic versions of a surface protein of the virus, and was intended for animal use.

Veterinarians routinely vaccinate wildlife against a range of diseases, both in captivity and in their natural environment.