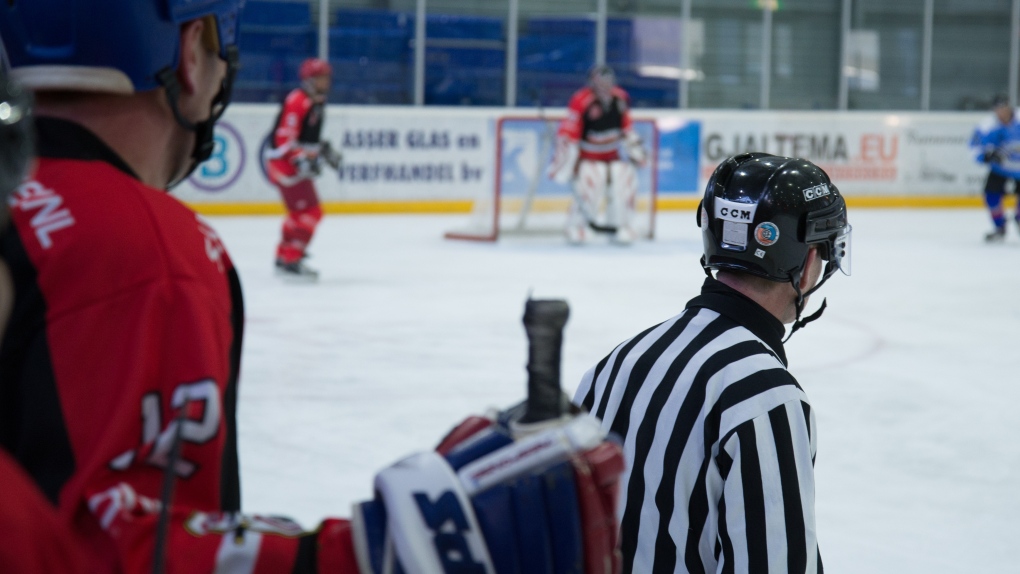 A hockey game is seen in this image. (Pexels)

TORONTO -- The United States Centers for Disease Control and Prevention is warning that recreational hockey has the right conditions for a “superspreader event” of COVID-19.

In its most recent Morbidity and Mortality Weekly Report, the CDC documented the case of a recreational hockey game in Tampa Bay, Fla., back in June, in which 14 players and one arena staff member became ill within five days after the game.

Of the 15 people, 13 later tested positive for the novel coronavirus, while the other two were not tested.

Nine of the players who contracted the virus were on the same team with the “index patient,” meaning the first documented case at the game, while the other five were on the other team.

“The indoor space and close contact between players during a hockey game increase infection risk for players and create potential for a superspreader event, especially with ongoing community COVID-19 transmission,” the CDC wrote in the report.

The CDC believes the team with the index patient had more infected players because they were sharing the same dressing room and bench during the game.

The CDC also says the situation could have been worse, given each team had fewer players than a typical team and there was just one spectator.

“The ice rink provides a venue that is likely well suited to COVID-19 transmission as an indoor environment where deep breathing occurs, and persons are in close proximity to one another,” the CDC report states.

The report did not mention how the temperature in the arena could have played a part in the spread of the virus, but other studies have shown that COVID-19 spreads more easily in colder temperatures and can survive on surfaces for longer when it’s colder.

Some hockey leagues have already taken drastic measures to limit the spread of COVID-19 during play.

In Ontario, minor hockey is no longer allowing bodychecking or faceoffs, and has 50-player bubbles for practices and games. In addition, games must be played in 3-on-3 or 4-on-4 formats to increase space on the ice.

According to The Canadian Press, leagues in Ontario, Saskatchewan, Alberta, and British Columbia said they would also consider taking play outdoors, if necessary.

Last week, Ontario Minister of Heritage, Sport, Tourism and Culture Industries Lisa MacLeod said the Ontario Hockey League, the top league for teenagers in the province, would only be allowed to play if bodychecking was banned.

Meanwhile in the Quebec Major Junior Hockey League, the top league in Quebec and Atlantic Canada, play has been suspended among its Quebec-based teams until the end of the month due to the increase in COVID-19 cases in the province.

The Western Hockey League is planning to resume play in January, though the league is still working out the details with local governments.