TORONTO -- Montreal doctors are investigating whether an unusual cluster of cases of a rare disease that affects children was somehow triggered by COVID-19, but they caution that they have not yet proven a solid link.

Doctors in Europe have already been looking into suspiciously high numbers of cases of what appears to be Kawasaki disease, which is sometimes found in children after a viral or bacterial infection.

Symptoms of the illness include rashes, fever, bloodshot eyes and swollen hands and feet. In most cases children recover with the help of medication, but the illness can lead to permanent heart damage if left untreated.

In Quebec, doctors at one hospital have collected at least 12 cases of what they call "atypical cases of Kawasaki disease" over the past few weeks. They are quickly collecting the case reports, hoping to publish their observations

“We've been seeing this this last few weeks, it struck us as unusual to have so many at the same time,” Fatima Kakkar, a doctor at Sainte-Justine Hospital in Montreal, told CTV News.

"We're not quite sure what to make of it yet.”

A team of Montreal doctors who’ve studied the cases, which Kakkar describes as “atypical presentations of Kawasaki disease,” are now preparing to publish their findings in hopes of sharing what they know with the medical community. But experts caution that it’s far too soon to draw a connection between the coronavirus and Kawasaki disease.

“I think it's really important that we remember that these are early days that these are preliminary findings, and that we have a great deal more to learn,” Dr. Charlotte Moore Hepburn of the Canadian Paediatric Society told CTV News.

As of Friday, the Montreal team confirmed at least 12 cases of Kawasaki in the last three weeks.

Quebec’s uptick in cases of Kawasaki disease bear some resemblance to clusters reported around the world. In Italy, one hospital has seen five cases in just a few weeks. Normally, they’d see that many cases in a year.

In the United States, a six-month-old baby was recently diagnosed with Kawasaki disease after breaking out into a blotchy rash and experiencing swelling on her hands and feet. Follow-up testing confirmed that the child was positive for the coronavirus. 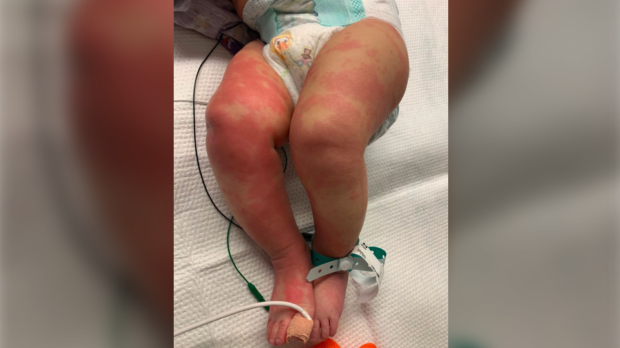 More severe cases have been reported in the United Kingdom, where approximately 12 children have been hospitalized with the illness.

The alert caught the attention of the Montreal doctors, who were already looking into the Quebec cluster. 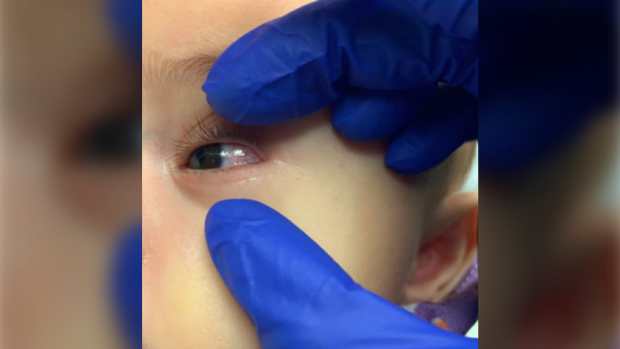 “Sometimes things happen in medicine that are just isolated clusters -- we see them and then they go away, and there's really no clear cause. But in this case I think we need to try and understand why,” Kakkar said.

Dr. Ronald Cohn, president and CEO of SickKids, said the U.K. cases are “certainly of interest” but added that it’s too early to be alarmed because some of those patients did not test positive for COVID-19.

“At a time when we are still learning about this new virus that has only been detected in humans over the last few months, it is important to carefully analyze any data we have and put it in an evidence-based context,” Dr. Cohn said in a statement.

“We're seeing it in all ages, from infants to adolescence,” Kakkar said.

Serious cases of COVID-19 in children are rare. So far, just five per cent of all cases in Canada have involved people 19 or younger. More than 90 per cent of all COVID-19 deaths are among those aged 60 and older.

With some provinces reopening, where does Canada's PPE supply chain stand?

'He never got a chance': B.C. man dies after surgery cancelled due to COVID-19

What happens if a coronavirus vaccine is never developed? It has happened before