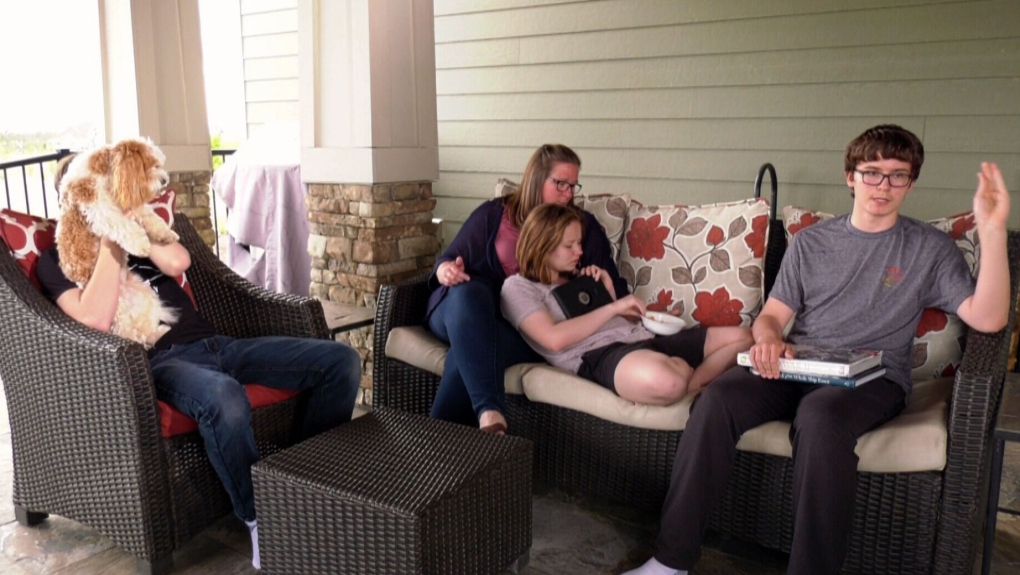 Sheri Radoux is the mother of three teenagers, two of which have autism. She says that her family used to live in the U.S. where they had better access to therapies and have decided to move back after what she described as a shameful and frustrating experience in Canada that’s left her family feeling hopeless.
TORONTO -

As parents continue to navigate the challenges of the COVID-19 pandemic, there is growing frustration with the federal government for not living up to a promise made years ago on a national autism strategy.

The situation has now reached a point where some families are seeking solutions south of the border.

For one Saskatchewan family, the struggle to access support has taken years.

"It’s so much more robust and structured," Radoux said of autism support in the U.S. "There’s checks and balances and accountability – all of that lacks in Canada."

Radoux said Massachusetts offers a wide range of autism therapies in school and added that some states have mandated health coverage that includes autism treatment.

While there are support programs and services in Canada, advocated believe the big difference is that the U.S. has federal oversight, which Canada still lacks.

The federal government committed in 2019 to developing a national autism strategy, but consultations have only just started.

Experts say it’s common for families to move and seek better health services when they feel like they aren’t getting the care they need.

"It is a really common story, and that’s a result of fragmented and inequitable service delivery," Deepa Singal, director of Scientific and Data Initiatives at the Canadian Autism Spectrum Disorder Alliance (CASDA), told CTV National News. "Moving to a province with better support could mean the difference of a nonverbal child saying, ‘mommy’ or ‘daddy’ one day."

CTV National News spoke with a Canadian family living in Buffalo, N.Y. Sarah Ruth said their 10-year-old son has been receiving nearly 30 hours a week of different therapies since he was two.

"Without those therapists coming into my house and showing me how to help him, he probably wouldn’t be potty trained," Ruth said, adding that she’ll never return to the country she once called home.

"My son is not welcome in Canada, they’ve made that painfully clear,” she said. “To come back would be a disservice to him because he would lose everything."

Ruth estimates that her son receives US$100,000 a year in support through the state of New York’s education system. In comparison, a child in a similar position would receive only $5,000 from the Ontario government.

Ruth said she hasn’t "paid a dime" for any of her son’s autism services.

Advocates believe there are supportive services in Canada -- they’re just scattered across the country and need more federal oversight.

“We are really failing to properly support autistic Canadians,” said Jill Farber, the executive director of Autism Speaks Canada. “Access to affordable programming needs to be equitable across Canada, no matter where you live, no matter what stage of life you’re at and no matter what language you speak.”

Advocates say that while services vary depending on the province, having a National Autism Strategy that works with the healthcare system would help align services across the country.