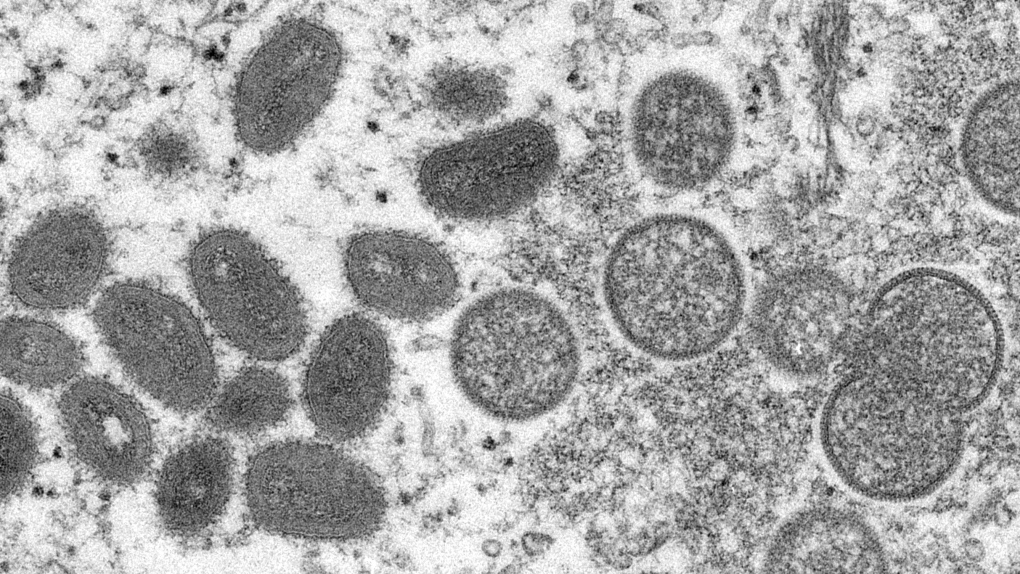 WHO's top monkeypox expert Dr. Rosamund Lewis said she doesn't expect the hundreds of cases reported to date to turn into another pandemic, but acknowledged there are still many unknowns about the disease, including how exactly it's spreading and whether the suspension of mass smallpox immunization decades ago may somehow be speeding its transmission. (Cynthia S. Goldsmith, Russell Regner/CDC via AP, File)
MONTREAL -

The Canadian heading the World Health Organization's fight against monkeypox says it's crucial to act before the virus begin spreading in the general population.

Dr. Rosamund Lewis, the WHO's technical lead for monkeypox, grew up in Thunder Bay, Ont., and Ottawa before studying medicine at McGill University.

Lewis says it's important not to be alarmist about the virus which spreads through close contact, including sexual contact, and has so far primarily affected men who have sex with men.

She says it's important for people to be aware of the symptoms and risks associated with the virus and take precautions if they are at risk.

She says a situation like the current outbreak has never been seen before, its possible the virus has mutated to become more transmissible, and many of the current cases are less severe than those stemming from the "classic" presentation of the virus.

Lewis says in the past, people have usually been exposed to the virus after eating wild meat.

This report by The Canadian Press was first published June 11, 2022.