Stormy Daniels testifies on Avenatti: 'He lied to me and betrayed me' 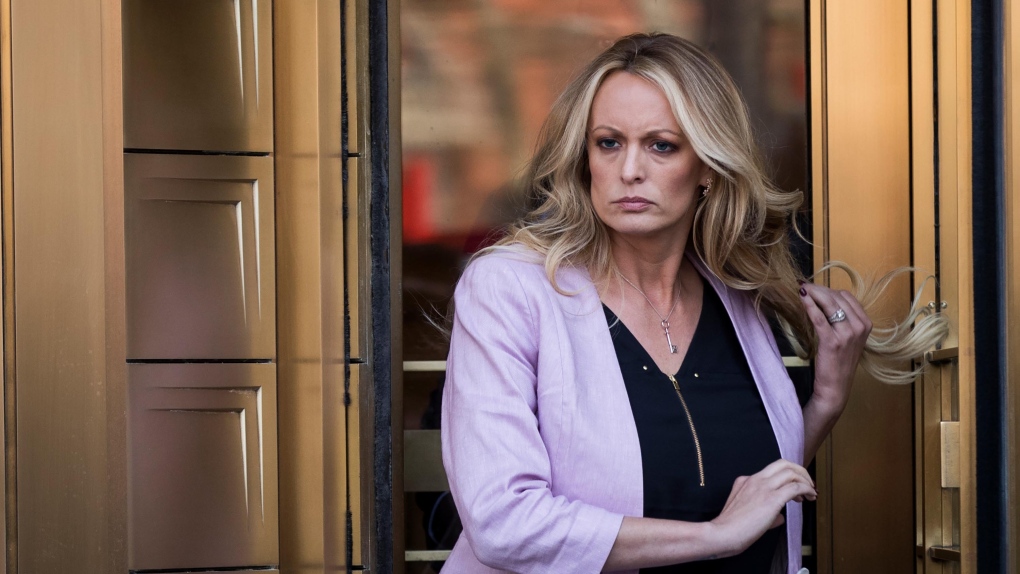 Stormy Daniels, an adult-film actress who was allegedly defrauded by Michael Avenatti, testified January 27 in federal court as part of the criminal trial against the celebrity attorney. (Drew Angerer/Getty Images)

Stormy Daniels, an adult-film actress who was allegedly defrauded by Michael Avenatti, testified Thursday in federal court as part of the criminal trial against the celebrity attorney.

Daniels testified that Avenatti said he was going to get "a big payday" from winning her lawsuit against then-U.S. President Donald Trump and a crowd funding legal defense fund they set up would also cover his costs.

"He lied to me and betrayed me and broke my trust, and I thought he was my friend," Daniels said.

Prosecutors allege that Avenatti -- who helped negotiate the US$800,000 advance for her September 2018 book "Full Disclosure" -- defrauded her by instructing her literary agent to send two of the four installments of the book advance totaling nearly $300,000 to an account controlled by him, rather than directly to Daniels.

He allegedly sent a fabricated letter to the agent with a manufactured signature from Daniels redirecting book advance payments from Daniels' account to another account he controlled without her knowledge, prosecutors say.

Avenatti told her the publisher mailed a cheque for the second book advance payment to his office and so he had a cheque submitted to her account, Daniels testified Thursday.

Trial evidence shows email correspondence in which Avenatti switched the routing information with the literary agent to an attorney-client trust account he controlled by allegedly fabricating her signature.

Daniels testified that Avenatti never told her about the trust account and did not sign any documents approving those transactions.

Prosecutor Robert Sobelman methodically went through months of text messages between Daniels and Avenatti in which she repeatedly asked him about the status of her third book advance payment for nearly $150,000.

In text messages, Avenatti told Daniels he was "working on it" and suggested to her the publishing company was withholding money from her because she hadn't met her publicity requirement for the book.

Avenatti in November 2018 directed Daniels to compile a list of her promotional efforts so he could send a letter demanding payment from the publisher.

Daniels testified she didn't know whether he had ever sent the letter.

She also didn't know at the time that he'd received the payment in mid-September.

Over the holidays in December 2018 Daniels pushed Avenatti for help with the payment, especially angry over her current personal situation with her then-estranged husband.

"I am trapped in this house with my ex until i get paid," she wrote in a text.

Avenatti is now representing himself, and questioned Daniels on cross examination for about 10 minutes before the trial adjourned for the day.

In the brief questioning Avenatti confirmed with Daniels that she believes she can speak to the dead and speaks to a haunted doll name Susan on her show "Spooky Babes." (Judge Jesse Furman had ruled ahead of the trial that Avenatti could inquire about her paranormal beliefs because it may speak to her credibility.)

Avenatti also asked his former client if she believes that she has a "perfect" memory, always tells the truth and takes contracts very seriously. Daniels agreed.

Avenatti had Daniels read portions of their attorney-client contract at the crux of this case. A section of the contract says the parties could negotiate his compensation should she secure a book deal in the future. She confirmed the document was their only written agreement and was never modified.

"Do you have a single text message, email, voicemail or recording that says I would not take any money from your book deal -- Yes or no?"

Daniels claims that Avenatti said he would never take any money from the book deal.

She cut ties in February 2019 when she figured out he was stealing and was arrested on the charges three months later. Daniels says she never received any compensation for the third book advance payment he allegedly redirected to his account and spent.

Saskatchewan’s Nakaylia Tudway-Cains is one of many mothers in Canada feeling the strain of the ongoing baby formula shortage, and she says she's now paying $400 a month for special over-the-counter formula she needs for her allergic son.

A 911 dispatcher has been placed on leave and may lose her job after allegedly hanging up on an supermarket employee hiding during this weekend's shooting rampage in Buffalo, New York.