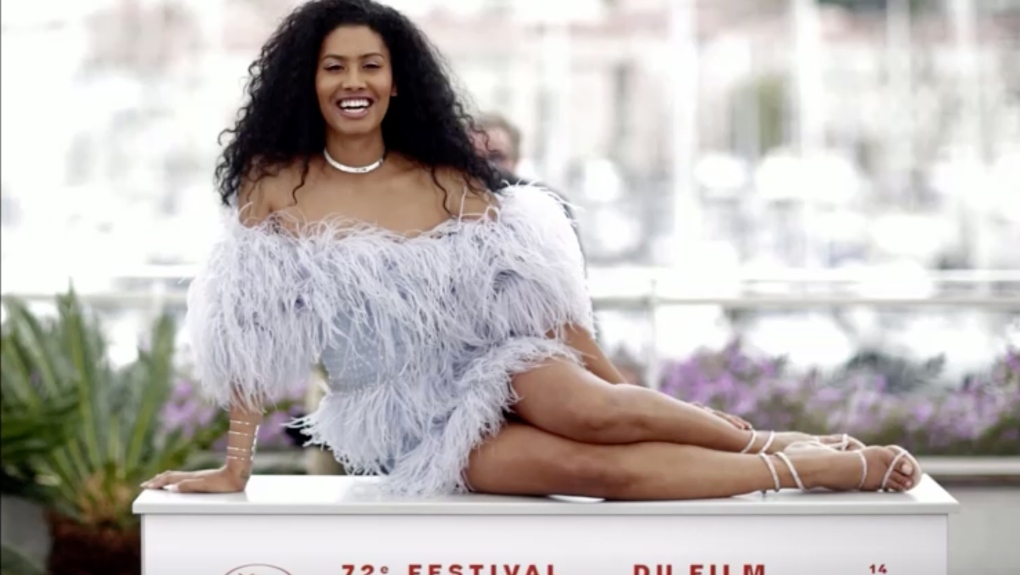 Leyna Bloom on the red carpet with the 'Port Authority' cast and crew at the 72nd Cannes Film Festival. (Reuters)

"I'm am so happy, honored, and humbled to share that I'm the 1st trans woman to grace the cover of Sports Illustrated! Thanks so much @mj_day & @si_swimsuit team for recognizing the importance of representation; this is all of our responsibility," Bloom wrote on her Instagram page on Monday.

"This moment heals a lot of pain in the world. We deserve this moment; we have waited millions of years to show up as survivors and be seen as full humans filled with wonder," she said.

Bloom of "Port Authority" fame became the first openly transgender woman of colour to appear in Vogue India in 2017.

Somali-American Halima Aden appeared in the 2019 issue as the first model in the magazine to wear a hijab and burkini.