Help solve a decades-long mystery: What is the name of this mysterious 80s song? 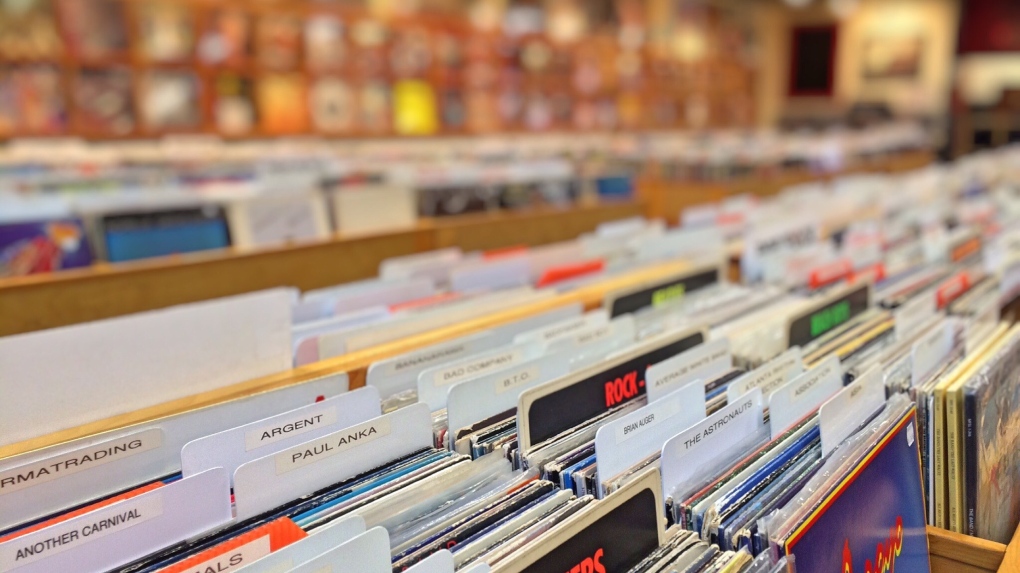 'The Most Mysterious Song On The Internet' is an unknown song that has been floating around the internet since 2007, with no known title or musician. (Pixabay / pexels.com)

If you were an avid listener of new-wave music in the 1980s and happen to have a good memory, you could help solve a musical mystery that spans decades.

Dubbed “The Most Mysterious Song On The Internet,” this simple, three minute tune, apparently recorded off of a German radio station in the 80s, comes with more question marks than a detective novel.

From the reverb-heavy, much disputed lyrics to the absence of a confirmed song title and performer, the song defies definition.

A dedicated group of music lovers and amateur sleuths have been searching for the identity of the song across the internet, a quest that has captivated chatrooms, music databases and YouTube comment sections.

After the search experienced a resurgence of interest this year, the sleuthers are hoping that this could finally be the year they locate the artists behind the music.

The breadcrumb trail of clues goes all the way back to 2007.

On March 18 of that year, a person going by the username “bluuue” posted a clip of a song on a Canadian radio station fansite with the comment, “Recorded it 82-84 from a german radio station. Looking for singer since then :-)”.

At the same time, another post was made on a German site called best-of-80s.de containing the same clip and question, posted by a user called “bluuue,” but signed with the pseudonym “Anton.”

In further posts on that website, Anton revealed that the song was likely recorded off of the radio station NDR2 from a show called “Music for young people” (Musik für junge Leute), where little known bands were often featured.

The song is made up of driving guitar, a deep, male voice singing sometimes indistinguishable English lyrics, and a sharp synthesizer effect on the chorus.

Most seem to agree that the singer has an accent and is likely European, but is it Swedish, German, French? Is the accent natural, or put-upon? Numerous theories based on the style of the music -- described by the song chasers as post-punk, new wave or darkwave -- have been proposed by commenters across the internet, but none of the bands suggested to have a similar sound have turned out to be the elusive artists behind the song.

Over the next decade, the excerpt of the song was posted to YouTube a couple times and mentioned on a handful of forums. However, the hunt largely went cold.

That is, until April of 2019, when Gabriel Vieira posted the excerpt of the song on his YouTube channel under the name, “THE MOST MYSTERIOUS SONG ON THE INTERNET!”

Vieira posted The Mysterious Song (TMS for short) to numerous subreddits, and eventually created a specific Reddit channel for the investigation into TMS at the start of July in order to compile theories. A user called “johnnymetoo” remembered participating in the original search in 2007, and was able to provide the full recording of the song.

The search really got traction when it was covered by popular YouTuber Justin Whang for his “Tales From The Internet” series. His first video about The Mysterious Song garnered over 400,000 views.

Many of the leads that the song detectives asked all seemed to get stuck at one roadblock -- without being able to talk to the person who posted the original recording, how could they clarify their questions?

The key then, seemed to be finding Anton.

In August, a German woman named Lydia Holz posted in The Mysterious Song’s Reddit page under the name “bluuely,” saying that she had originally posted the recording as bluuue/Anton.

To prove her identity, Holz asked sceptics to message the account bluuue on best-of-80s.de, the German site where the song was posted in 2007, preserved in a thread that still exists today. Shortly after, she was made a moderator on the Reddit group.

The 53-year-old, who lives in Germany and works with people with special needs, spoke to CTVNews.ca over email. She said that it was her younger brother Darius who had recorded the song initially. His memory of when and how the recording came about is shaky, Holz said, because “in the beginning it was simply a nice song,” that he thought he’d hear again soon on the radio, at which point he could find out the name and artist.

But he never heard it on air again.

“He never had the idea that all of this would become so important one day,” Holz said.

She said the search had been going on long before the internet got involved, as her brother “used to ask friends and people who used to listen to similar music back in the 80s” if they recognized it.

When her brother discovered the search had reignited this summer, he told Holz, and she decided to come forward as the original poster.

Since then, she said, her life has changed dramatically.

“I spend way too much time on the quest,” she admitted.

Every time a new avenue has been explored, searchers came up against a brick wall.

To keep things organized, the Reddit thread includes a link to all of the debunked theories and dead leads in a Google Spreadsheet with over 150 rows of information.

Shazam -- a tool used to identify songs purely from an audio recording -- displays the name “Antwon01” as the artist, but this has been debunked as someone who tried to copyright the song and later revoked the claim, according to the Reddit thread.

Numerous databases have been searched and suggested. One is GEMA, a German organization that tracks the licensing of musicians and writers. Although the mystery song could be somewhere on a list of songs played on the radio between 82-84 that might be found on GEMA, it is incredibly difficult to know what to search for without a title or artist for the song -- and it’s not guaranteed that the song would be listed there at all.

Some of the titles that have been suggested are based on recurring lyrics, such as “Like the Wind,” or “Check it In, Check it Out,” but it’s been pointed out that songs often bear titles that don’t appear in their lyrics at all.

The most promising lead was when the amateur detectives discovered a DJ who ran the radio show “Musik für junge Leute” during early 80s. But when Vieira and Holz got in contact with the DJ -- a man named Paul Baskerville -- he couldn’t remember playing the song.

Even the basics of the story stand on shifting ground. Holz has acknowledged that her brother isn’t positive about which radio station and show he recorded the song off of.

Despite the number of people commenting on the Reddit group daily, and the amount of new attention on the case, Holz said she’s worried the investigation is in a rut. She thinks the key is to get the word out to an older audience, people who might not necessarily find a chatroom on the internet discussing a song.

“We need the attention of somebody who was involved in recording the song,” she explained.

“This person will probably be around 60 years old. All of the YouTube channels discussing the quest are mostly (aimed at) a very young audience, so they won't be able to help, unless maybe one day one of their followers introduces the search to his dad and he (happens to) be the one who played the bass on the song.”

Holz said she loves the song itself, and remembers being “amazed” when her brother played it for her the first time.

“It has an attitude of sadness and melancholy, although being very powerful,” she said.

It would “mean a lot,” to her to find the identity of the song. She said part of it is that she wants the artist to finally get credit. But there’s another reason: a successful end to the search would prove that she and her brother have been telling the truth this whole time.

The idea that it could be a long-con hoax has been proposed on the Reddit thread multiple times before, with Holz being forced to defend herself. But for most of the song searchers, the hazy identities and details regarding the siblings behind the first recording aren’t an obstacle to their interest in the song itself -- it's just one more shade to the mystery.

The quest may seem trivial to some, but curiosity is a powerful driver.

Ken McLeod, an associate professor of musicology at the University of Toronto, told CTVNews.ca in an email that “the search for the identity of the song writers/performers is like having a longstanding earworm in your head that gets progressively more annoying (or in this case obsessive) until you can get it out of your mind.”

He said there could be “tens of thousands,” of songs like this one recorded “across Europe and North America during that period,” and that it isn’t actually surprising that the identity of the mystery song has slipped through the cracks in “the pre-internet era.”

Other “mysterious song” stories have hit the news in the past about songs recorded anonymously off the radio.

A Canadian music fan found the identity of a favourite song of theirs after 22 years by broadcasting the mystery on radio in 2015. And an article posted on Australian music website Tone Deaf describes an eerily similar situation to the mystery song, where a song recorded off of German radio in the mid-80s went unidentified until 2013.

The Mysterious Song Reddit group has even been part of solving the origins of other mysterious songs. On Sunday, Reddit user “cwschultz” posted that another mysterious song recorded by Darius on a separate occasion had been identified as “Old Ned,” by Blue in Heaven -- news that bolstered the community’s spirits.

As one commenter put it, “this is proof positive that all it takes is the right person to see or hear the right thing to break this wide open.”