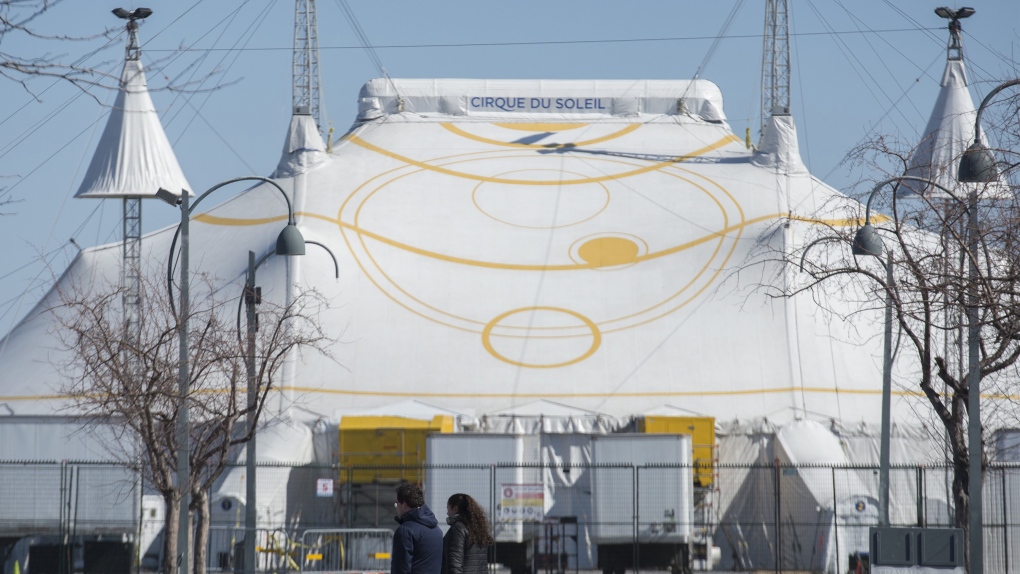 MONTREAL -- Cirque du Soleil is getting back into the swing of things.

The Montreal-based circus company says five live shows are being added to its schedule for the coming months as it returns from pandemic closures.

All of them will be in the United States where Cirque's "Michael Jackson One" begins new shows at the Mandalay Bay Resort & Casino on Aug. 19 and "the Beatles Love" will reopen at the Mirage in Las Vegas on Aug. 26.

"Alegria" will reopen in Houston starting Nov. 18 while the Cirque-associated Blue Man Group is planning a return to Chicago and New York on Aug. 18 and Sept. 3, adding to its previously announced restart in Las Vegas that kicks off Thursday.

Canada will trail behind with "Kooza" playing at the Old Port of Montreal beginning on April 28, 2022.

The latest reopenings add to Cirque's announcement in April of several productions returning to the United States and elsewhere.

Cirque du Soleil Entertainment Group plans to resume "O" at the Bellagio and "Mystere" at Treasure Island in Vegas on July 1, while "Luzia" will reopen at London's Royal Albert Hall in January 2022.

Its touring division will begin ramping back up in the fall starting with "Kooza" playing in Punta Cana, Dominican Republic, in November.

Tickets for most of the shows are already on sale.

It was sold to a group of its creditors led by Catalyst Capital Group late last year after it was forced to file for creditor protection.

This report by The Canadian Press was first published June 23, 2021.