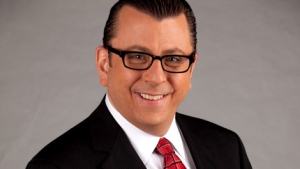 Originally from Liverpool, Nova Scotia, Crouse started off in broadcasting as an overnight junior announcer for CKBW radio in Bridgewater Nova Scotia, a post actor Donald Sutherland had held at the station years before. Crouse moved to Toronto in 1980 with aspirations to work as a writer and quickly became involved with Toronto’s pop culture scene.

From 1998 to 2008 Crouse was the co-host of Reel to Real, Canada’s longest running movie review program. Premiering in 2008, the Richard Crouse’s Movie Show was broadcast nationally on the Independent Film Channel.

Over the years, Crouse has made regular trips to Cannes Film Festival and proudly provided in-depth coverage of the Toronto International Film Festival doing more than 4000 interviews during his ten years with Reel to Real.

In addition to his work as a broadcaster, Crouse has a lengthy resume as a writer: aside from his syndicated weekly column in Metro newspaper, his work has been featured in major publications including The Globe and Mail, the National Post, as well as many literary and music magazines.

Outside of his work as a film critic, Crouse enjoys reading, spending time with “The PMC” (Preferred Movie Companion) and buying cool ties. When he’s not at the movies he can often be found hosting film-related events and contributing to various charities including The Alzheimer’s Society and Big Brother & Big Sisters of Toronto. He donates his time to speak to students at regional film festivals and hopes to inspire the next generation of filmmaker hopefuls.