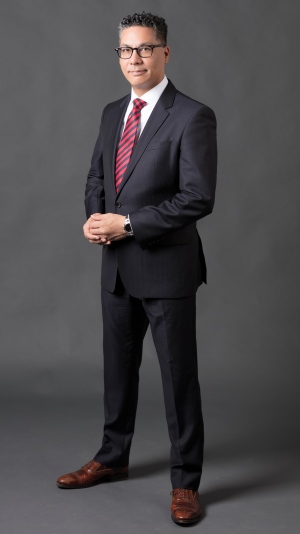 Richard Madan is the Washington Bureau Correspondent for CTV News. Madan has been located in Washington, D.C. since 2016, covering much of the 2016 election and the 2018 midterm elections. He is often positioned at the White House.

An accomplished journalist and political specialist, Madan has covered dozens of political and economic summits around the world. Madan joined CTV in January 2010 as a Parliamentary Correspondent for CTV’s Ottawa Bureau prior to moving to Washington.

Madan has covered all the important NAFTA rounds including Mexico City, becoming the first journalist to break the news a deal between Canada and the U.S. was reached.

He also reported live from Justin Trudeau's campaign headquarters when CTV News first declared a Liberal majority on the night of the historic 2015 election. He was also CTV’s lead reporter assigned to the NDP campaign during the 2011 federal election. Madan chronicled the party’s meteoric rise, and was one of the first to report on the historic breakthrough of Jack Layton and his party.

Beyond reporting from the campaign trail or breaking political stories on Parliament Hill, Madan has also covered global economic summits, provincial elections, U.S. primaries, and reported live from Chicago when Barack Obama was first elected President of the U.S.

Back in Canada, Madan’s reporting on veteran issues exposed a mental health crisis among Canadian Forces personnel who served in Afghanistan – stories which led to changes in cabinet and more importantly, in how Ottawa treats Canada’s injured veterans. He was awarded RTDNA’s 2015 Ross Munro Award in recognition of this groundbreaking series.

Madan's high profile international assignments brought him to earthquake-devastated Haiti, on board a Canadian warship patrolling the Black Sea, to live reports following the deadly terror attack in Orlando, Florida.

Born in Georgia, U.S., Madan moved to Canada as a child but closely followed politics on both sides of the border, helping to spark his interest and subsequent career in politics.

After studying Political Science at Carleton University, Madan worked as a policy aide to various MPs on Parliament Hill. He then made the leap into journalism as a freelance reporter for various newspapers in Ottawa.

Madan got his start in television with Global News in Winnipeg. He then joined the CBC as its Legislative Reporter in 2000, working out of the Manitoba Legislature. In 2005, Madan returned to Ontario joining CityNews as the station’s Political Specialist, frequently travelling between Toronto and Ottawa before joining CTV News in 2010. He speaks English and French.

Off-air, Madan enjoys keeping current on Canadian and U.S. politics. He loves to travel and play music. He is an amateur piano, guitar, and accordion player. He's a member of "The Superdelegates" - the band that performs at Ottawa's annual Press Gallery Dinner.