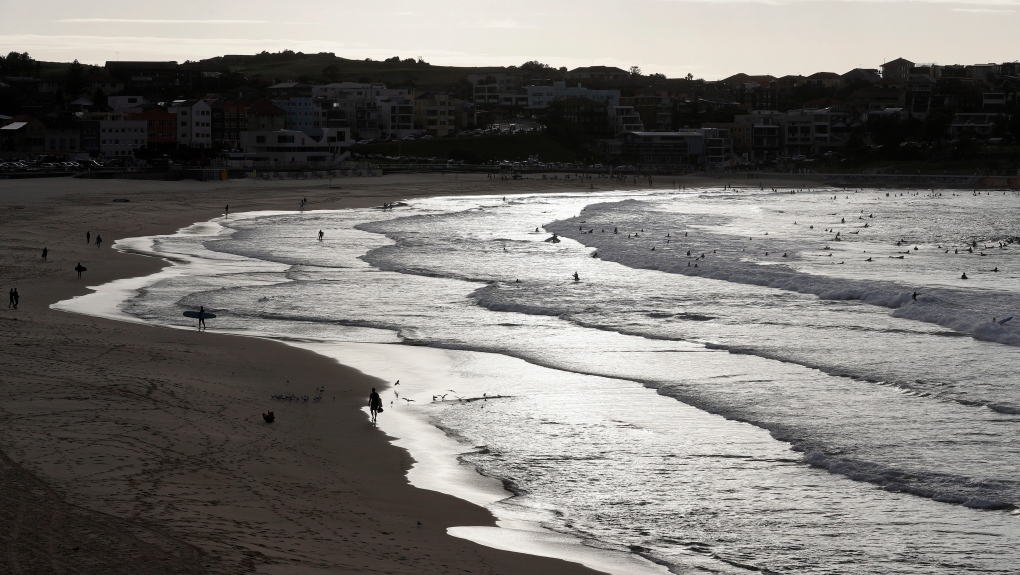 CANBERRA, AUSTRALIA -- Prime Minister Scott Morrison announced on Monday that a fifth National's party minister will join his Cabinet as part of deal to cement the junior coalition partner's support for a national target of zero net carbon emissions by 2050.

The National party's in-principle support for the target, which was decided on Sunday, is a breakthrough for Morrison, who wants to take a more ambitious plan to reduce Australia's greenhouse gas emissions when he leaves on Thursday for a UN summit in Glasgow, Scotland.

Nationals lawmakers would not discuss the conditions the party had placed on its support. Morrison's Cabinet was considering the conditions.

Nationals leader Barnaby Joyce, who is also deputy prime minister, declined to say whether the party had demanded that Resources Minister Keith Pitt be made the fifth Nationals' Cabinet minister.

"Minister Pitt is a powerful voice for the resources sector and ensuring that we build upon Australia's strength in traditional exports, while harnessing opportunities in the new energy economy and critical minerals," Morrison said in a statement.

Joyce also declined to confirm or deny that he had told his colleagues he opposed net zero.

"We never would have had to go into the negotiation process if the Nationals were 100% happy with where the proposition was," Joyce said.

Nationals deputy leader David Littleproud said further details of the agreement would be made public by early Tuesday.

"We worked through this calmly and rationally as a party," Littleproud said, adding that the Nationals' amendments to the Cabinet proposal would protect jobs in rural Australia.

Reducing emissions is a politically fraught issue in Australia, which is one of the world's largest exporters of coal and liquified natural gas. The nation is also one of the world's worst greenhouse gas emitters per capita because of its heavy reliance on coal-fired power.

The rural-based Nationals have traditionally represented farmers' interests, but are increasingly now seen as advocates for fossil fuel industries.

"Net zero is going to end in tears," Canavan said.

"I don't think this is the right approach for this country. It's a fantasy to think we can remove all carbon emissions," Canavan added.

Australia has not budged from its 2015 pledge at a Paris climate summit to reduce emissions by 26% to 28% below 2005 levels by 2030, despite many countries adopting far more ambitious targets.

The Glasgow summit, known as COP26, will assess progress since nations agreed in the Paris accord to limit warming to less than 2 degrees Celsius (3.6 degrees Fahrenheit). The meeting in Glasgow is widely seen as the last chance to hold global warming to 1.5 C (2.7 F) above pre-industrial levels.