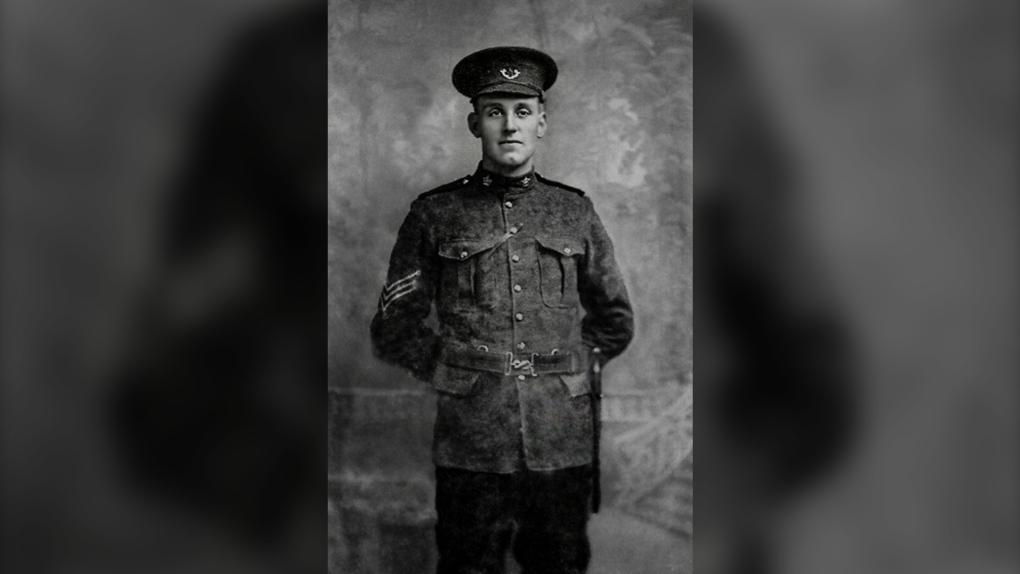 Company Sgt.-Maj. David George Parfitt is shown in a handout photo. Parfitt, a Canadian soldier killed in battle during the First World War has been identified, more than a century later. THE CANADIAN PRESS/HO-Parfitt Family

A Canadian soldier killed in battle during the First World War has been identified, more than a century later.

The Department of National Defence and the Canadian Armed Forces confirmed the identity of Company Sgt.-Maj. David George Parfitt on Thursday.

Parfitt was one of 156 members of the 8th Canadian Infantry Battalion killed in action on Sept. 26, 1916, during the Battle of Thiepval Ridge.

Parfitt's headstone, which is in Regina Trench Cemetery in Grandcourt, France, identified him only as an unknown sergeant-major of the infantry battalion.

He was 25 years old at the time of his death.

Parfitt is the only Canadian company sergeant-major to have died on that date in France, a detail that the Department of National Defence said “significantly contributed” to the identification of his grave.

Parfitt was born in London, England, in 1891 and immigrated to Canada at the age of 18.

He was a mill worker in Keewatin, Ont., before enlisting in the army in Valcartier, Que.

Three of his brothers also enlisted and survived the war.

The Canadian Armed Forces said they have notified Parfitt's family of his identification.

A headstone rededication ceremony is set to take place “at the earliest opportunity” at the Commonwealth War Graves Commission's Regina Trench Cemetery in France, the federal department and military noted.

This report by The Canadian Press was first published July 28, 2022.