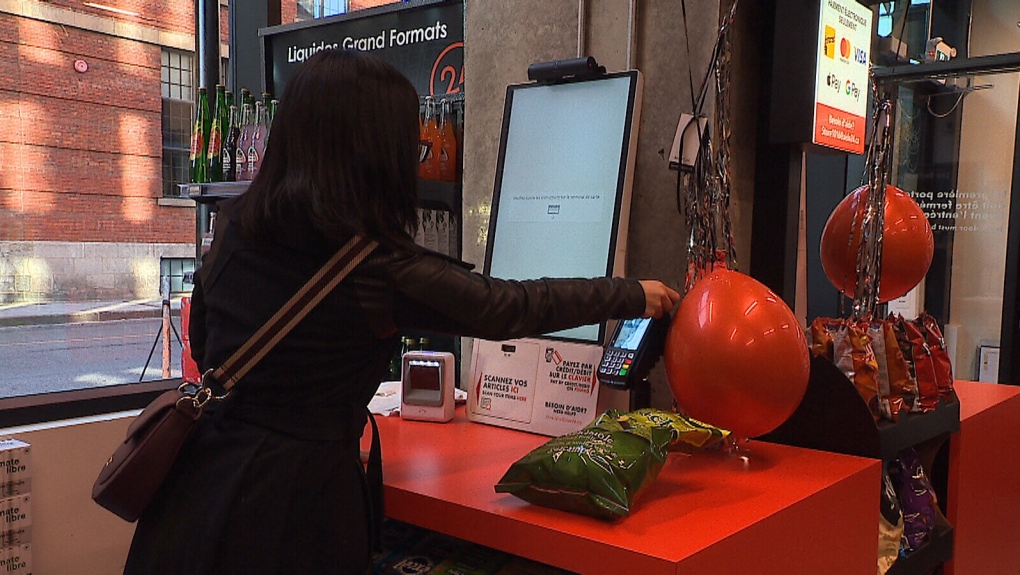 MONTREAL -- Canadian company Aisle 24 is trying to usher in a new era of convenience.

Like many corner stores across the country, their locations have an abundance of foods and snacks.

But there’s one major difference: nobody works in them.

“You shop as you would normally, there’s just no staff and you let yourself check out automatically,” Aisle 24 master franchisee for Quebec Jessika Venne told CTV National News.

Customers use the company’s app to register themselves and unlock the door, which can be accessed any time of the day, seven days a week, and they scan and pay for items by themselves.

"We have a security analytics system that can determine events in the store and notify us," co-founder John Douang told CTV News.

“We can always see on the cameras if anything has been moved, if there is a mess," Venne said. "People can contact us and talk to us directly on the app as well.”

Aisle 24 stores will soon be popping up in more neighbourhoods across Canada. Currently, there are nine open in Ontario and Quebec, and the company is eyeing 200 more locations in the next couple of years.

Douang says the idea was inspired by his parents, who worked long hours at their own convenience store and were forced to close when they went on vacation.

The company has received some criticism for taking away cashier jobs, but Douang says it’s not a position many people want anyway.

“There’s a labour shortage and a lot of people that are out there right now don’t want low-wage, front-line jobs,” he told CTV National News. “They want something better.”

Since the start of the COVID-19 pandemic, cashierless and cashless technology has been used around the world to cut down on physical contact.

It has also been shifting the way customers shop, picking up what they want, when they want.

“I think eventually more stores will end up like this,” a customer told CTV National News. “It’s cool.”

It’s apparently a favourite option of night owls as well.