How Canadian retailers will cater to impatient shoppers in 2019 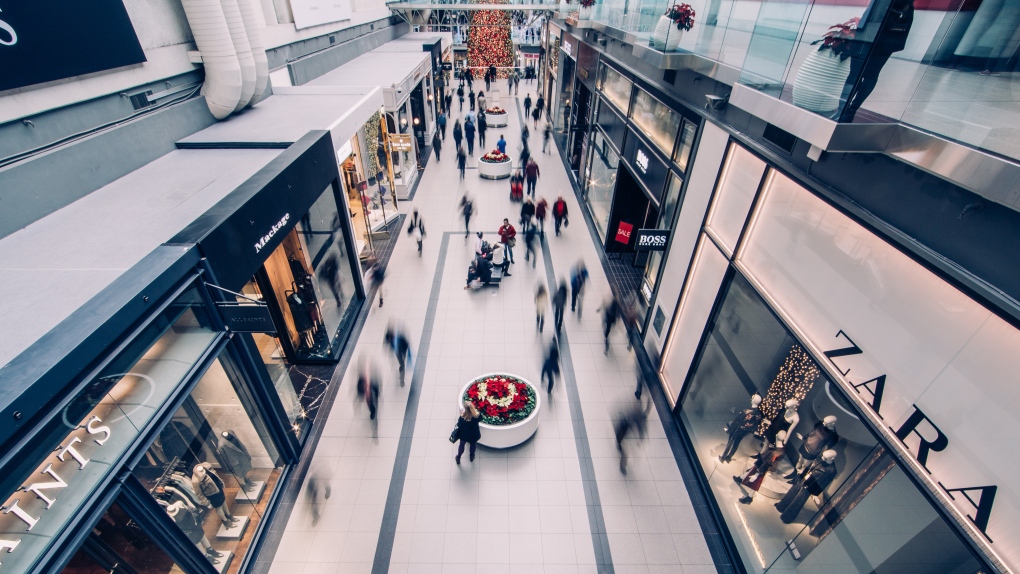 Retail experts say 2019 will bring an increase in personalization, a focus on healthy living and the start of in-store augmented reality experiences. (Burst / Pexels)

From incredible new technologies to never-before-seen levels of personalization, Canadian shoppers can expect to see retailers paying more attention than ever to customer convenience in 2019.

There’s an economic reason for this. Retail is an ever-expanding sector in Canada, and the fight for consumers’ dollars is only getting fiercer.

Industry analysts say the intense competition means large and small retailers alike have no choice but to keep finding new and innovative ways to attract customers and keep them coming through their doors. And with so many forces pulling them in different directions to try and wring a few dollars out of them, consumers are realizing the balance of power has shifted in their direction.

“They have no time. They have no patience. They’re confused with the hierarchy of change and the selection factor – all the options out there.”

Torella sees the retail sector as being in the midst of a “convenience revolution,” with customers looking for the entire shopping process to be as simple as possible. That means the continuing rise of “click and collect”-style grocery shopping and similar programs.

Smart retailers will see benefits in tailoring their shopping experience to each individual shopper, meaning many will spend 2019 getting to know their customers in ways they never have before. Large clothing chains, for example, might allow shoppers to fill out questionnaires about their body and their lifestyle before they ever show up at the store. When they do arrive, they’ll be met by a salesperson who already knows what they might be interested in and which sizes should fit best.

Smaller retailers can offer even more personal touches, Torella says – not only remembering their customers’ names and tastes but their families and what they might be planning for the weekend.

Here, too, technology can play a big role – and not just for the industry heavyweights. Torella says small retailers are increasingly keeping databases of their regular customers and their preferences.

“That’s really the strategy, I think, for success for the smaller guys: localize; customize; personalize. Use your intimate information to really gain that personal contact,” he said.

Bigger players might not be able to match that level of intimate information, but having access to large-scale information about shopping habits comes with its own benefits.

Jennifer Marley, a partner at retail marketing consultancy Sklar, Wilton and Associates, cites Loblaw’s loyalty program as the leading example of this trend. She says her firm has heard far more positive feedback about PC Points than about any competitor’s similar offering – with shoppers seeming nonplussed about the information their grocery store is learning about them.

“To get personalization, you have to give access to something about you,” she said in a telephone interview.

“Letting them have access to your shopping data – customers view that as a worthy trade-off because they’re getting meaningful discounts on things that they actually want to buy.”

Amazon may be the most recognizable name in online retail, but a Chinese company is hot on its heels.

Already the undisputed ruler of e-commerce in its native country, Alibaba is ambitiously attempting to spread its empire around the world. In 2017, it sold US$768 billion worth of goods across its various platforms.

It has helped turn Singles Day – an unofficial Chinese holiday that started as a protest against Valentine’s Day – into the biggest worldwide shopping day of the year.

The site already has a robust network of Canadian companies peddling everything from clothing to tractors to seafood. But its main focus isn’t on building its business in any one country. It’s on creating what Torella calls a “borderless society” where geographic barriers between companies and customers matter less than ever before.

“They’re saying ‘Hey, we can give you exposure to grow the markets,’” Torella said.

“You can’t just think about it as them being this Chinese company – they’re a global company, and they’re available to anyone.”

Marley sees blockchain and augmented reality as other technologies that could make strides into the Canadian retail scene in 2019.

Blockchain allows products to be traced at every step of the production process, meaning consumers could use their phones to find out where a piece of pork originated or where the material in a wool sweater came from.

The beauty industry has been one of the earliest retail adopters of augmented reality, which allows shoppers to scan their faces and see how they would look with different types of makeup applied.

Marley says AR tech will continue to roll out over the next year, while similar innovations such as “smart mirrors” for clothing stores are likely still a few years away.

From predictions to realities

Health-conscious consumers have long been cited as an impending force in Canadian retail – but according to Marley, evidence exists to show that they have arrived on the scene and will make even more of an impact in 2019.

“For years, customers said they wanted it but then they’d still buy the Big Mac and fries at McDonald’s,” she said.

This means Canadians can expect retailers to refocus on health and wellness products in everything from food to home appliances.

Another long-awaited development in Canadian retail is the arrival of “omnichannel” – long a buzzword to describe the breaking down of barriers between a retailer’s online presence and its physical stores.

“Consumers see it as just one big system,” Marley said.

For smaller retailers that may not have the marketing muscle of bigger chains, that could mean using social media to build a community around common interests. Some stores are taking their online communities into the offline world, with food stores offering cooking classes and bookstores organizing new book clubs specifically for the people interacting with the shop online.

“You’ve got to invest as much as you can online, and then deliver that in a personal way in-store.”