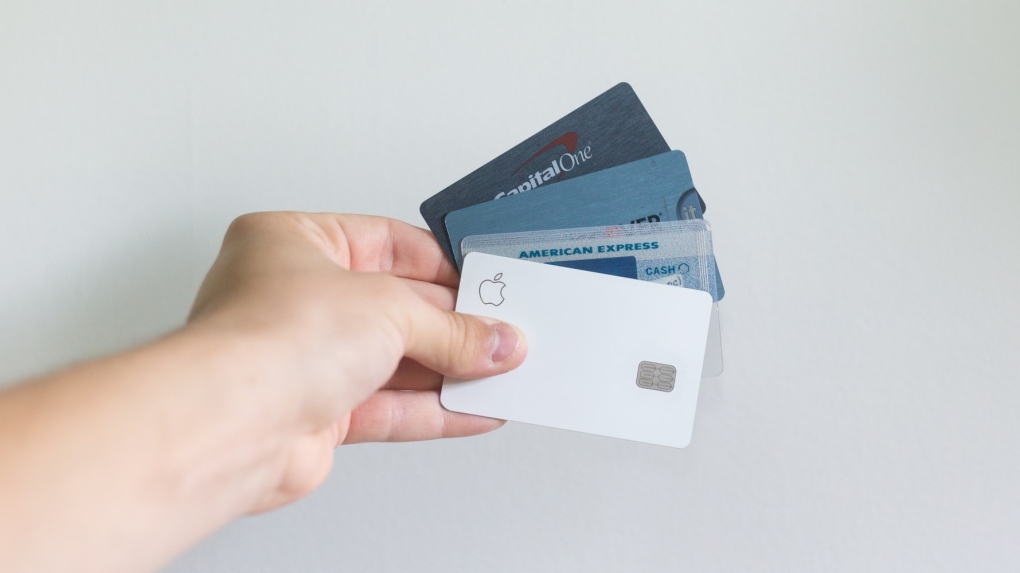 If you haven't shopped for a credit card in a while, you may see some unfamiliar names in the offerings.

Companies like Brim Financial, Float Inc., Caary Capital Ltd., Jeeves Inc., and Neo Financial are part of a growing crop of tech-enabled lenders that are looking to snag a share of the lucrative credit card market from the big banks.

On the personal credit card side, companies like Brim and Neo are trying to lure customers with promises of more seamless, app-based digital experience, as well as creative rewards programs that partner with specific brands and perks like no foreign transaction fees.

The startups have to be creative with rewards programs because they lack the scale to offer the big sign-up bonuses of the big banks, said Castaldo.

"They're just getting started, and it's actually quite difficult to make that margin equation work sometimes for new credit card providers."

On corporate cards, companies like Jeeves, Float and Caary are aiming mostly at startups and small to medium businesses, offering fast sign-up, numerous digital cards, higher credit limits and no personal guarantee, as well as easier integration into some accounting and spend management software.

"There's a lot of room for improvement, given 90 per cent of this is still with local banks," said Dileep Thazhmon, co-founder and CEO of Jeeves.

He said the company, based in New York but with operations across the Americas, had a soft launch in Canada earlier this year and it has become the company's second biggest market with more than 300 companies signed on.

Jeeves directly monitors a client's bank account and uses machine learning to assess risk, which Thazhmon said allows them to offer the higher credit limit and no personal guarantee.

The fintech credit card space has gathered steam in recent years, with significant growth in the United States. San Francisco-based Brex Inc. launched its first card in 2018 and was valued at US$7.4 billion in April, and New York-based Ramp Business Co. launched in 2020 and was last valued at US$3.9 billion. Both companies promise a more seamless sign-up experience and continue to add back-end features to help manage expenses.

Toronto startups are also looking to get into the space. Caary raised $4.1 million in June and Float secured a $5 million seed round of funding in July, both based on the model of digital-first corporate cards.

The growth in the fintech credit card space recently is due in part to all of the foundational work done across the digital finance landscape in recent years, said Thazhmon.

The new competition for the big banks comes as the market is already feeling pressure. Credit card debt fell by $16.6 billion in the first year of the pandemic as people paid down debt, especially those with low credit, who generally pay higher interest. Banks are also seeing more competition from buy-now pay-later models, which some companies like Brim have integrated into their products.

But while the new entrants may have innovative offers, they still have a tough road ahead to break into the market, said Abhishek Sinha, who leads EY Canada's banking technology consulting practice.

"It's not that easy breaking into the credit card space because you've got a very mature, established market and it seems the Canadian consumer ... we are a bit more risk averse, we are a bit more OK with status quo than our cousins down south."

The banks also already cover "almost every kind of card imaginable," he said, leaving the new entrants to have to find a significant value proposition to get in.

He said banks have also boosted their market research, with more focus groups and joint product developments than even a few years ago.

Banks have already started to integrate buy-now pay-later options and have been investing heavily in their digital apps and offerings.

Castaldo at Ratebub said he sees the banks putting significant resources to keep their dominant position in the market.

"They're throwing the full weight of their balance sheet and brains behind solving the problem for sure."

This report by The Canadian Press was first published Oct. 24, 2021.