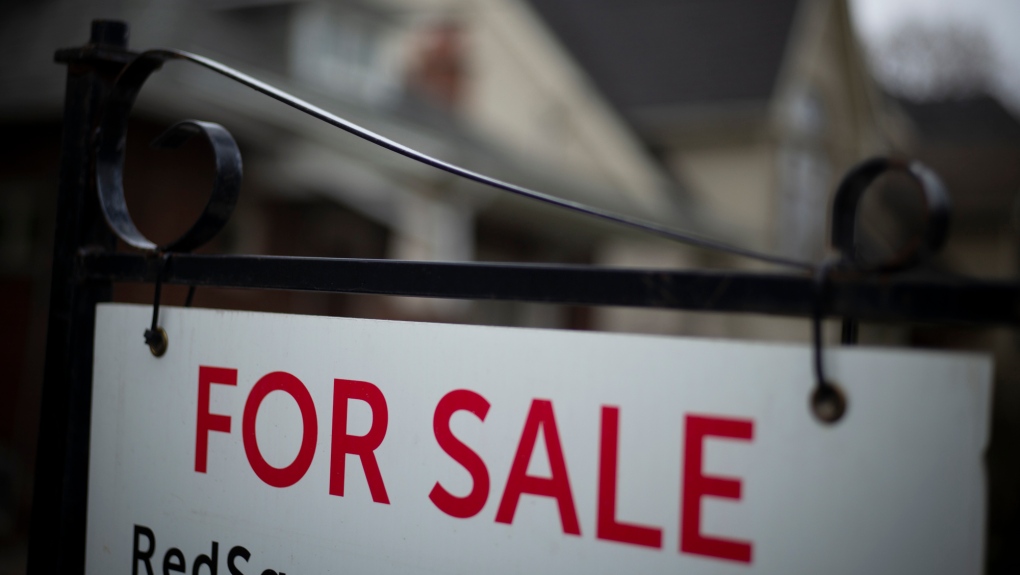 A home for sale sign is shown in a Toronto west end neighbourhood May 8, 2020. (THE CANADIAN PRESS / Graeme Roy)

TORONTO -- Canadians looking to borrow money for a home purchase a home are in for some extra challenges after the Canada Mortgage and Housing Corporation announced changes to its lending standards on Thursday.

The country's national housing agency is increasing the qualifying credit score for mortgage insurance to 680 from 600 and limiting gross and total debt servicing ratios to their standards of 35 per cent and 42 per cent, respectively.

"COVID-19 has exposed long-standing vulnerabilities in our financial markets, and we must act now to protect the economic futures of Canadians," CMHC head Evan Siddall said in a statement.

"These actions will protect homebuyers, reduce government and taxpayer risk and support the stability of housing markets while curtailing excessive demand and unsustainable house price growth."

Under the changes effective July 1, CMHC will also no longer treat non-traditional sources of down payment funding, such as a personal unsecured line of credit, as equity for insurance purposes.

It will also suspend refinancing for most multi-unit mortgage insurance.

The move comes just weeks after Siddall appeared before the Standing Committee on Finance in Ottawa to warn of trouble ahead for the housing market.

"Our support for home ownership cannot be unlimited," he said.

"Home ownership is like blood pressure: you can have too much of it. Housing demand is far easier to stimulate than supply and the result, as we've seen, is Economics 101: ever-increasing prices."

The majority of mortgages insured by the CMHC will not be affected by the more stringent qualifications.

In the fourth quarter of 2019, the average debt servicing ratios were well below the 35 per cent and 42 per cent thresholds, and depending on the metric, between 63% and 82% of all qualifying mortgages were below the limit.

Spokesperson Leonard Catling said the changes "were not made because of our current book of mortgage insurance business, rather to maintain its integrity.

"High household indebtedness continues to be a concern and the COVID-19 pandemic has exposed the long-standing vulnerabilities in our financial markets."

The CMHC forecasts a decline of between nine per cent and 18 per cent in average house prices over the next year because of higher mortgage debt and increased unemployment.

Siddall warned the finance committee a growing debt deferral cliff could be headed Canada's way in the fall, when some jobless Canadians will need to start paying their mortgages again after deferrals run out, and as much as one-fifth of all mortgages could be in arrears if the economy has not recovered sufficiently, he warned.

"We need to avoid exposing young people and through CMHC, Canadian taxpayers to the amplified losses that result from falling house prices," he said.

This report by The Canadian Press was first published June 4, 2020.