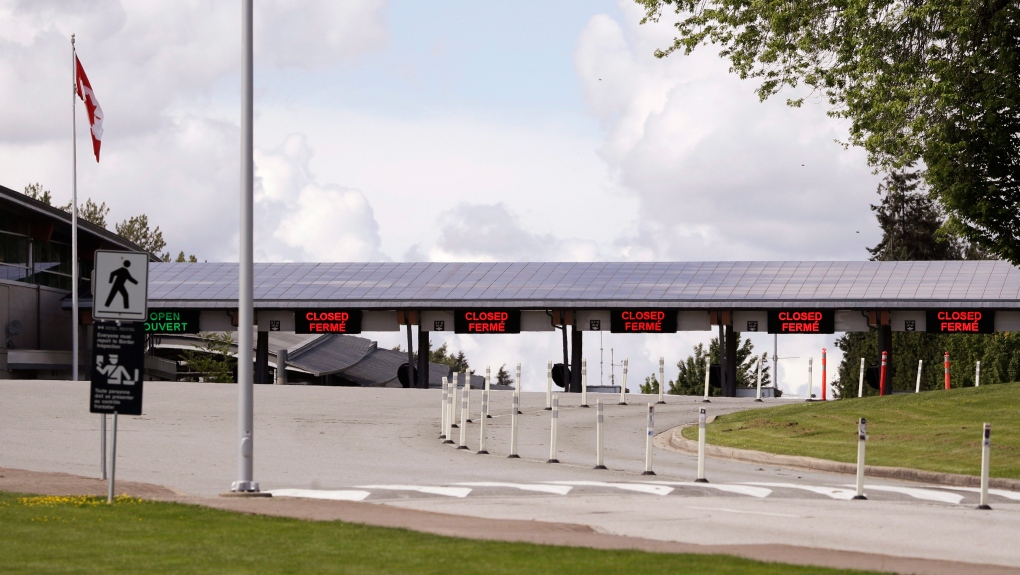 In this photo taken Sunday, May 17, 2020, a single lane remains heading into Canada from the U.S. at the Peace Arch border crossing in Blaine, Wash. (AP Photo/Elaine Thompson)

TORONTO -- With the Canada-U.S. border closure still in effect and fewer available flights, the Canada Border Services Agency (CBSA) says there continues to be a significant drop in travellers arriving in Canada from the same time the year before.

New statistics released Thursday showed there was an 87 per cent decrease in land border crossings between May 25-31 when compared to the same period the year before.

The Canada-U.S. border was closed to all non-essential travel on March 21 in an effort to prevent further spread of the novel coronavirus between the two countries.

Interestingly, the CBSA noted there was a 22 per cent decrease in truck drivers entering Canada from May 25-31, despite the fact that no restrictions have been placed on commercial shipments and the agency hasn’t seen any indication of issues with supply chains for essential goods, including food and medical supplies, coming to Canada.

“CBSA is working with other federal partners to share information with commercial stakeholders to provide assurances that commercial traffic continues,” the CBSA said in a press release.

Flights to and from Canada have been considerably reduced in recent months as countries around the world closed their borders and restricted international travel in response to the pandemic.

The CBSA data for the week of May 25-31 is consistent with their earlier numbers, which have shown a steady decline in air and land travel to Canada in comparison to the same periods in 2019.