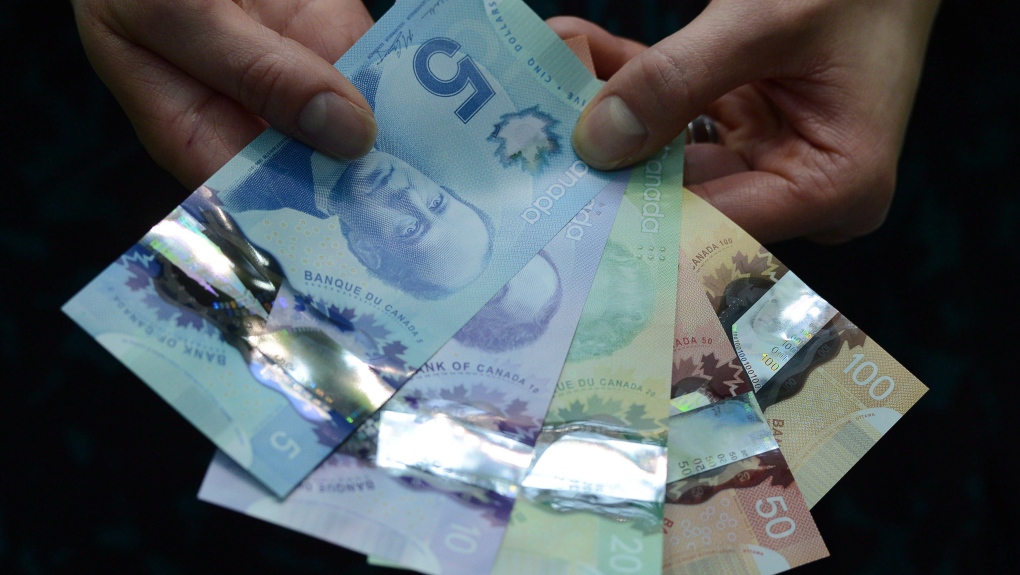 A representative with the Bank of Canada displays the new polymer $5 and $10 bank notes alongside the $20, $50, and $100 during a press conference at the Bank of Canada in Ottawa on April 30, 2013. (Sean Kilpatrick/THE CANADIAN PRESS)

The concentration of wealth among Canada's richest one per cent is deeper than previously believed, according to a federal government report based on a new modelling approach.

The top one per cent of Canada's families hold about 25.6 per cent of the wealth -- roughly $3 trillion -- up from 13.7 per cent estimated under previous methodology, says the report from the Office of the Parliamentary Budget Officer.

"The distribution of wealth among households is heavily skewed toward the wealthiest families," the report notes.

"In Canada, a small proportion of families at the top of the distribution possess net worth that is orders of magnitude higher than the country's median net worth."

The amount of money held by Canadian families would total $11.7 trillion if they liquidated all assets and paid off all liabilities, about five times larger than Canada's annual gross domestic product, the report notes.

Real estate at $5.8 trillion and mortgages at $1.5 trillion are the single largest asset and liabilities categories.

The report adds that the top 0.5 per cent of Canadian families hold 20.5 per cent or $2.4 trillion of the wealth, up from the previous estimate of 9.2 per cent.

It was expected that the numbers would rise because the previous estimates were clearly too low, but the magnitude of the increase was surprising, said Parliamentary Budget Officer Yves Giroux in an interview.

"When we looked at the number from StatsCan in their survey, the wealthiest person had self-declared wealth of $27 million and we know that there are people in Canada that are richer than that," he said.

"We were not surprised there would be upward revisions but to that extent, I was personally surprised to see it was that much."

Giroux said his office investigated new ways to estimate wealth in Canada following requests during last year's federal election to provide an estimate of the revenues that could be raised by a tax on wealthy families, as well as ongoing interest in tax reform by legislators.

Last September, the federal NDP proposed a one per cent annual wealth tax on fortunes worth more than $20 million, claiming it could raise nearly $70 billion over the next 10 years.

Unlike a tax on income, a wealth tax would apply to all assets, including real estate, with the aim of reducing financial inequality among Canadians.

That number was arrived at by using certain assumptions and, while it's likely it would be higher using the updated database, it's difficult to say what it would be without extensive new calculations, said PBO lead analyst Nigel Wodrich.

The NDP plans to ask for that recalculation, finance critic Peter Julian said in an interview.

He charged that the Canadian government has deliberately withheld the "appalling" statistics so that inequality in the tax system which favours the wealthy over average citizens remains hidden.

"With a fair tax system, we would be seeing a vastly different distribution of the nation's wealth, a much more fair distribution," he said.

The PBO says it's not yet known if the wealth database will be updated on a regular basis.

This report by The Canadian Press was first published June 17, 2020.