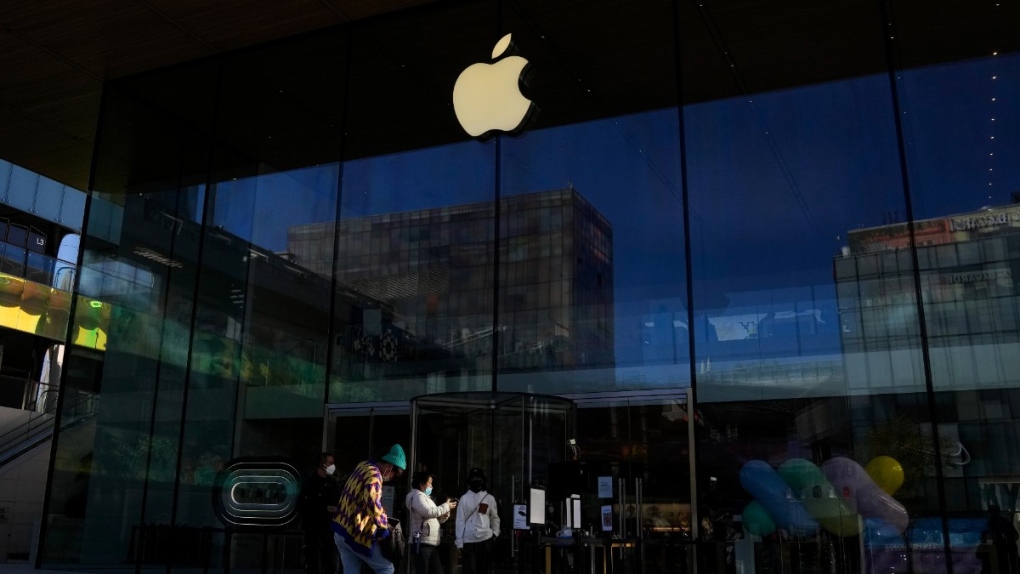 Shares of Apple Inc. fell about 2% on Monday as growing unrest at a key Chinese plant fanned worries of a bigger hit to the already constrained production of higher-end iPhone 14 models.

Reuters reported on Friday that the Foxconn-operated plant, which is the world's biggest iPhone factory, could see a further drop in November shipments due to worker unrest and rising COVID-19 cases in the country.

Separately, Bloomberg News reported citing a source earlier in the day that there could be a shortfall of 6 million iPhone Pro units this year due to production-related problems.

"The ongoing challenges around delays in returning to a normal level of production at the Zhengzhou facility could limit the pace with which supply-demand equilibrium can be reached in the coming months," J.P. Morgan analysts said.

They added that lead times for Pro models have moderated except in China where the timeline remains elevated.

Customers in the United States wait for about 33 days for their iPhone 14 Pro and Pro Max models to be delivered home, while the same models are not available for in-store pickup, the brokerage said.

Wall Street predicts Apple could lose some volume due to production disruptions, with Wedbush Securities expecting at least 5% of units being affected and potentially up to 10% in the first quarter.

Apple did not immediately respond to a Reuters request for comment.

Apple shares have fallen 3.4% in November amid production woes, compared with a 2% gain in the Nasdaq Composite index.

(Reporting by Akash Sriram in Bengaluru; Editing by Sherry Jacob-Phillips and Anil D'Silva)