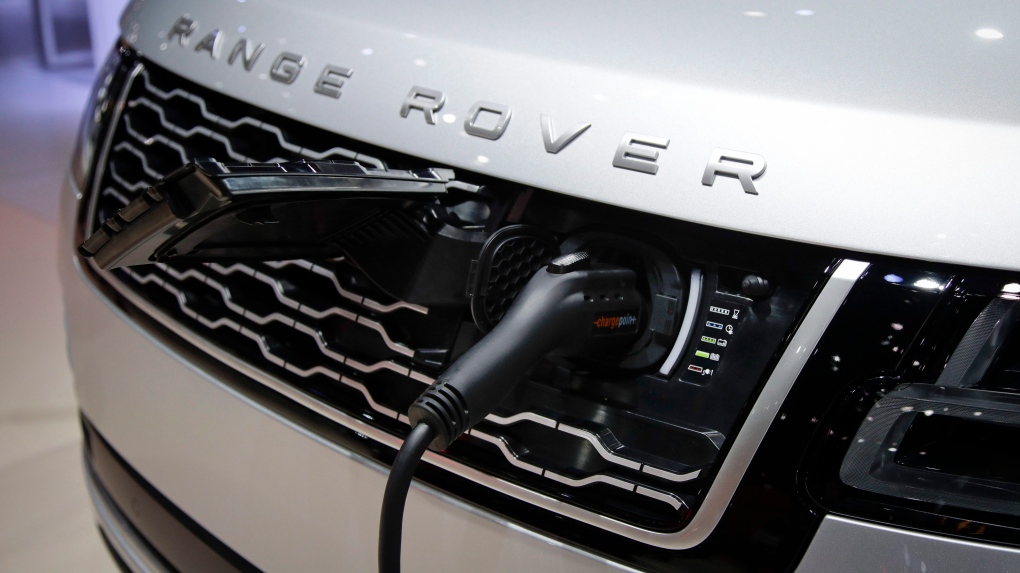 Land Rover just unveiled what will be the first new, redesigned Range Rover in a decade. This is only the fifth generation of the large off-road luxury SUV since the model was introduced in 1970. A sleek new design, with smoothed off corners and edges, retains the classic proportions, but gives it a more modern look to better compete in an increasingly crowded world of high-end SUVs.

The Range Rover used to have a pretty straightforward role. When it debuted decades ago it was off-road transportation for farmers, ranchers and hunters. It became an icon of luxury as those who owned large tracts of land or went on hunting safaris tended to be wealthy. Over time, the Range Rover's luxury image found its way to suburban driveways, big-city restaurant valet lines and shopping mall parking lots far from its rugged origins. The "luxury off-road SUV," once an oxymoron, was born.

Now it faces increased competition from brands like BMW and Mercedes, which also offer richly appointed large SUVs. Even Jeep, not previously a competitor, recently introduced the Grand Wagoneer, an opulent off-road-capable SUV that can cost over US$100,000 with options. Lexus, too, recently unveiled a fully redesigned LX, a luxury model based on the Toyota Land Cruiser, an SUV frequently used in rugged environments.

This puts the prices for the new Range Rover, which start at $104,000, in good company. Special long-wheelbase First Edition models will start at $163,500. Land Rover is accepting orders for the vehicle now, although it won't be available until next spring.

The new Range Rover will be available with a 523 horsepower turbocharged V8 engine, and a 395 horsepower 6-cylinder version with a mild-hybrid system will also be available. It will have a relatively weak electric motor that will add its power to the gasoline engine to increase fuel efficiency.

But a third option, a plugin hybrid, will be available in 2023. With a fully charged battery, this 434 horsepower SUV will be able to go about 100 kilometres before the six-cylinder engine will be needed, according to Land Rover. That's relatively long electric range for a plugin hybrid. Plugin hybrid SUVs from BMW and Volvo can travel less than half as far without using their gas engines.

A purely electric version will come out in 2024, according to Land Rover

Four-wheel steering, which allows the back wheels to turn along with the front, will give the Range Rover the tightest turning circle of any Land Rover vehicle, according the automaker.

The new Range Rover maintains the SUV's overall squared-off shape and proportions, but gives them a smooth, modern design. The door handles now sink into the doors when not in use, smoothing the sides.. Where there had been slats behind the front the wheels, there is now simply a rectanglular shape vaguely suggestive of a vent. The taillight has been simplified to a thin staple-shaped line going across the SUV's back end.

The change in design has followed a gradual shift in the SUV's customer base, said Gerry McGovern, head of design for Land Rover.

"In Britain, it was always the vehicle of the landed gentry, the establishment, the farmers, the people who lived out in the country, that went shooting, all this sort of thing," he said. "It still has that. It still has a core following, but it's much more than that now. It's entrepreneurs, it's people that are successful, it's people that are creatively minded, or design literate."

It even retains its off-road capabilities, Land Rover executives promise, though they may rarely be tested.

"What we've said is that our vehicles always have to be the best-in-class for capability. Whether people use it or not, it's part of that charm," said McGovern.

He likened it to expensive dive watches that, their makers claim, can go thousands of feet under water. Many owners might never even wear them in the shower, but they appreciate knowing the watch has that sort of capability.