TORONTO -- New Zealand police are opening a criminal investigation into the deaths of multiple tourists after a volcano erupted on the island they were exploring. Here's what else you need to know to start your day.

1. Volcanic eruption: A Canadian man is among thousands of cruise ship passengers docked in a New Zealand port after a nearby volcano erupted, killing at least six people and leaving eight others missing.

2. Tax cut: Finance Minister Bill Morneau has tabled a motion in the House of Commons to move on the Liberal's promised tax cut for the middle class, saying the cut will have a positive effect on the economy.

3. Workplace discrimination: A Federal Court judge has ordered Canada's human rights watchdog to re-investigate claims from a former CIBC employee who said he was discriminated against on the job because he wasn't gay.

4. Nonna's minestrone: In a classroom experiment turned research paper, scientists and school children discovered that some soup broths contain properties that may prevent the growth of malaria parasites.

5. Controversial sweaters: Walmart Canada is apologizing after several "ugly" Christmas sweaters, including one of a snowman Santa sitting in front of what appears to be three lines of cocaine, were posted for sale on its website.

Wheel of Fortune: Famous letter-turner Vanna White is temporarily hosting "Wheel of Fortune" with the help of a classic Disney character as long-time host Pat Sajak recovers from emergency surgery. 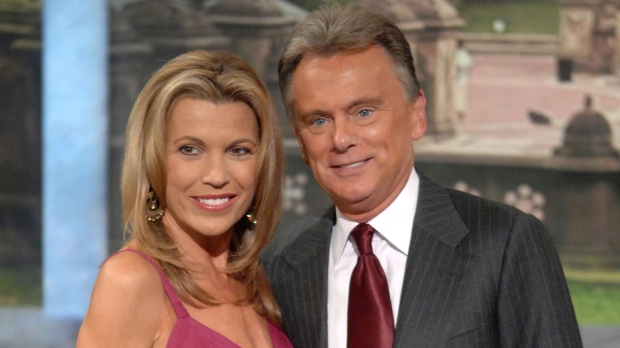