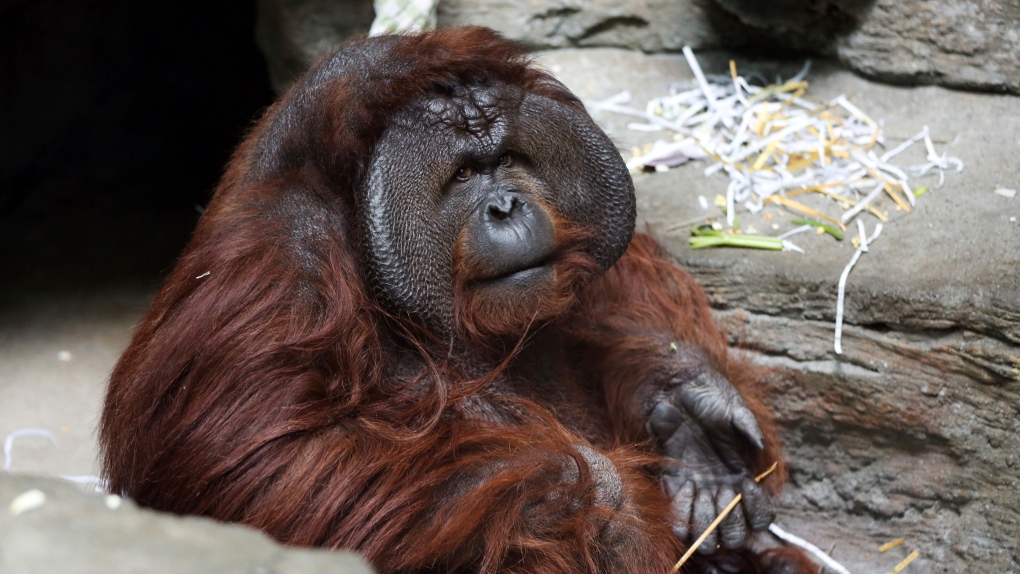 Bajik, a 14-year-old male orangutan, is pictured at the Toledo Zoo Tuesday, Jan. 22, 2019, in Toledo, Ohio. Bajik recently bit a volunteer, causing her thumb to become detached during the encounter. (Dave Zapotosky/The Blade via AP)

TOLEDO, Ohio -- A zoo in Ohio says one of its volunteer's thumbs became detached when an orangutan reached through a barrier and bit her arm.

The Toledo zoo says the volunteer's injuries were not life-threatening and that she was treated at a hospital.

Zoo officials tell The Blade that what happened isn't the orangutan's fault. It is not clear how the volunteer's finger became detached.

The incident took place Saturday in an area not accessible to visitors while the orangutans were being fed.

Zoo officials say all its great apes attempt to sneak their fingers through to grab things and that it's a known behaviour staff must watch for while they're near the enclosure.