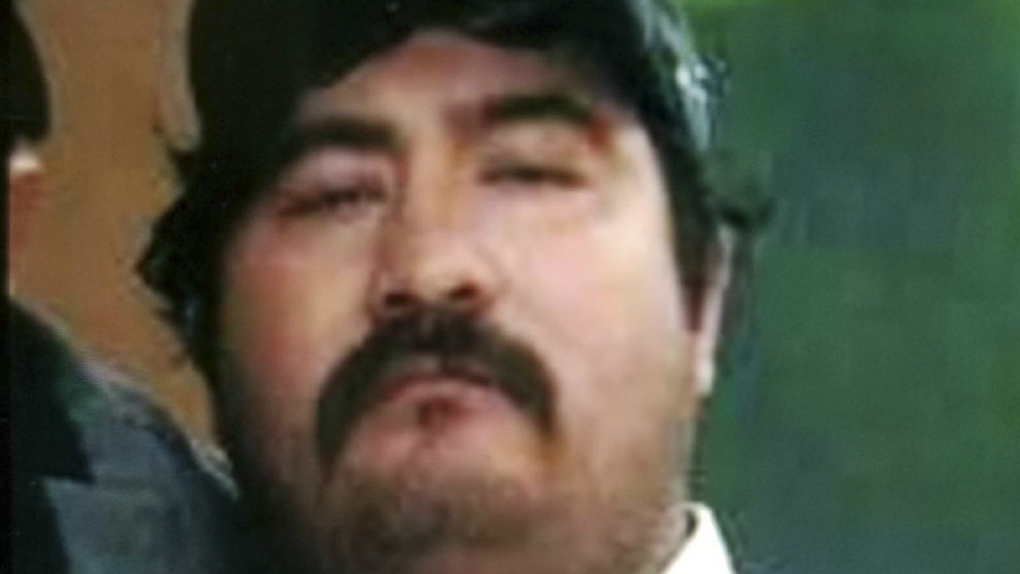 Oklahoma City police officers who opened fire on a man in front of his home as he approached them holding a metal pipe didn't hear witnesses yelling that he was deaf, a department official said Wednesday.

Magdiel Sanchez, 35, wasn't obeying the officers' commands before one shot him with a gun and the other with a Taser on Tuesday night, police Capt. Bo Mathews said at a news conference. He said witnesses were yelling "he can't hear you" before the officers fired, but they didn't hear them.

"In those situations, very volatile situations, you have a weapon out, you can get what they call tunnel vision, or you can really lock in to just the person that has the weapon that'd be the threat against you," Mathews said. "I don't know exactly what the officers were thinking at that point."

Sanchez, who had no apparent criminal history, died at the scene. The officer who fired the gun, Sgt. Chris Barnes, has been placed on administrative leave pending an investigation.

Mathews said the officers were investigating a reported hit-and-run at around 8:15 p.m. Tuesday. He said a witness told Lt. Matthew Lindsey the address where the vehicle responsible for the hit-and-run had gone, and that Sanchez was on the porch when Lindsey arrived.

He said Sanchez was holding a metal pipe that was approximately 0.6 metres long and that had a leather loop on one end for wrapping around one's wrist. Lindsey called for backup and Barnes arrived, at which point Sanchez left the porch and began to approach the officers, Mathews said.

He said he didn't know how many shots were fired, but that it was more than one.

When asked why Barnes used a gun instead of a Taser, Mathews said he didn't know. He said it's possible Barnes wasn't equipped with a Taser. Neither officer had a body camera.

Sanchez's father, who was driving the hit-and-run vehicle, confirmed after the shooting that his son was deaf, Mathews said. He said Sanchez wasn't in the vehicle when his father struck something and drove off. It wasn't a person that he struck.

Neighbour Julio Rayos told The Oklahoman on Wednesday that in addition to being deaf, Sanchez was developmentally disabled and didn't speak, communicating mainly through hand movements. Rayos said he believes Sanchez became frustrated trying to tell the officers what was going on.

"The guy does movements," Rayos told the newspaper. "He don't speak, he don't hear, mainly it is hand movements. That's how he communicates. I believe he was frustrated trying to tell them what was going on."

Jolie Guebara, who lives two houses from the shooting scene, told The Associated Press that she heard five or six gunshots before she looked outside and saw the police.

"He always had a stick that he would walk around with, because there's a lot of stray dogs," Guebara said.

Guebara said Sanchez, whose name she didn't know, wrote notes to communicate with her and her husband when he would occasionally stop and visit if they were outside.

Police initially said Sanchez was carrying a stick, but Mathews described it Wednesday as a metal pipe.

Sanchez's death is the latest in a string of controversial killings by Oklahoma police in recent years. In 2015, a white Tulsa County reserve deputy fatally shot an unarmed black man who was on the ground being subdued. He said he meant to shoot the suspect with a stun gun but mistakenly used his firearm instead. He was sentenced to four years in prison.

In May, a white former Tulsa police officer, Betty Shelby, was acquitted in the 2016 killing of Terence Crutcher, an unarmed black man who had his hands up when she fired. Much like in the Sanchez killing, another officer almost simultaneously fired a Taser at Crutcher when Shelby fired her gun. Unlike Sanchez's killing, both Tulsa killings were captured on video.