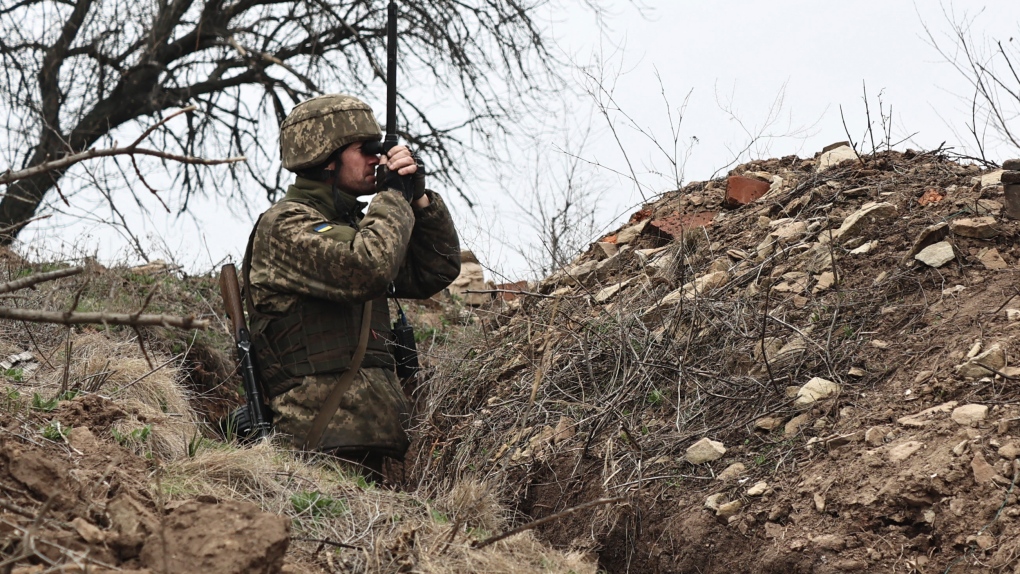 A Ukrainian soldier is seen at a fighting position on the line of separation from pro-Russian rebels near Donetsk, Ukraine, on April 12, 2021. (AP Photo)
KYIV -

Ukrainian police on Thursday detained a National Guard soldier who shot security guards at a military factory for unknown reasons, killing five people and injuring five others, the interior minister said in a Facebook post.

A police statement said the incident took place in the early hours of Thursday at the Pivdenmash missile factory in the central city of Dnipro during the issuance of weapons to guards.

Four servicemen and one civilian woman were killed by the soldier, who was armed with an AK-47 assault rifle and 200 rounds of ammunition.

Interior Minister Denys Monastyrskiy named the soldier as Artem Ryabchuk and said he would "bear the strictest responsibility provided by law."

Monastyrskiy said a special commission would be set up to investigate all circumstances that could have led to the crime.

Deputy interior minister Anton Gerashchenko said the inquiry would focus on the shooter's motive. "First of all, the question of whether the serviceman faced psychological pressure in (his) team will be studied," Gerashchenko said.

Investigators would also look into how the soldier passed a medical examination that qualified him to access weapons.

The headline of a previous version of this story said five guards were shot dead. It was in fact four servicemen and a civilian woman.