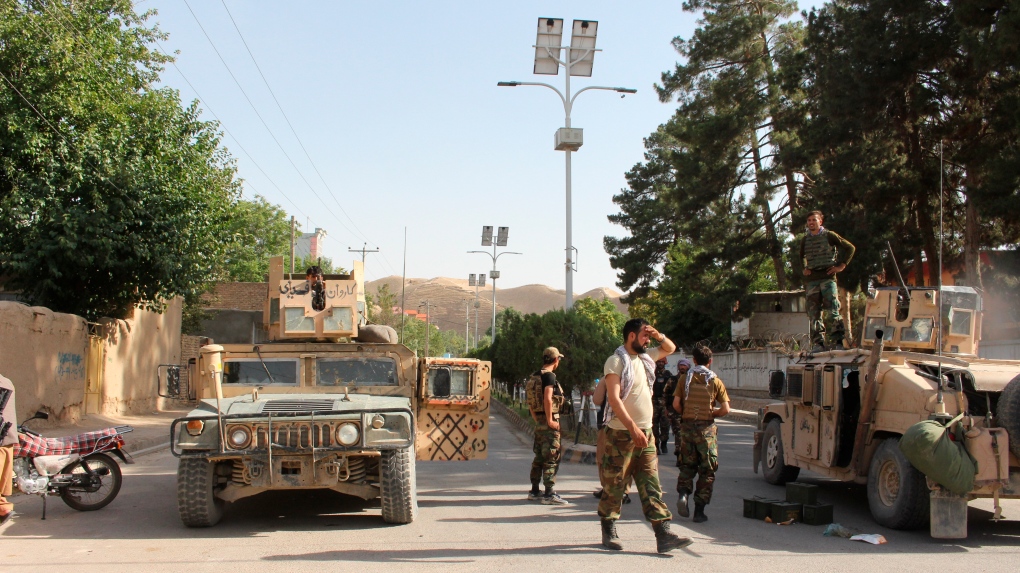 There were fears the death toll could rise further as the first rescuers reached some of the remote villages struck by the temblors in what is one of Afghanistan's most impoverished and underdeveloped regions.

Bas Mohammad Sarwari, chief of the province's culture and information department, said scores of homes were destroyed in the quakes.

The U.S. Geological Survey registered a magnitude 5.3 quake at 2 p.m. and a second, magnitude 4.9 at 4 p.m. local time. They struck 41 kilometres (25 miles) east and 50 kilometres (31 miles) southeast of Qala-e-Naw, the provincial capital.

Sarwari says frightened residents were fleeing their homes for safety.

The more powerful of the temblors hit Qadis district in the southern tip of the province, where the majority of the damage and deaths occurred, according to Sarwari. Officials were still gathering information. By nightfall only four villages had been heard from, he said. The first 4.9 quake was centered in Muqur district, he said.

“Tomorrow we have plan to send rescue teams as well as assistance for the affected families,” he said.

Sarwari said the tremors were felt across the province. Some homes in Qala-e-Naw, the provincial capital, suffered cracks but no major injuries or widespread damage, he added.

BREAKING | Jason Kenney steps down after 51.4% approval in leadership review

Ed Fast is no longer the Conservative finance critic, interim party leader Candice Bergen says. Bergen said in a statement late Wednesday that Fast informed her he will be 'stepping away from his duties.'

Crown prosecutors want Ottawa protest organizer Tamara Lich sent back to jail to await trial, claiming she breached her bail conditions by agreeing to participate in an event next month where she will receive a 'Freedom Award.'

'Somebody out there is missing this child': Remains of young girl found in water in Dunnville, Ont.

Provincial police announced Wednesday the human remains found in the water in Dunnville, Ont., the day before are that of a young girl.

The Conservative Party of Canada is investigating a complaint lodged by Patrick Brown's leadership campaign about a racist email it says it received from a member.

Prince Charles and Camilla, Duchess of Cornwall, lit candles and listened to a prayer service on Wednesday inside a gilded Ukrainian Orthodox cathedral in Ottawa, while congregants and onlookers waved blue-and-yellow flags and Union Jacks outside.