Turkey calls on U.S. to reverse decision on F-35 exclusion 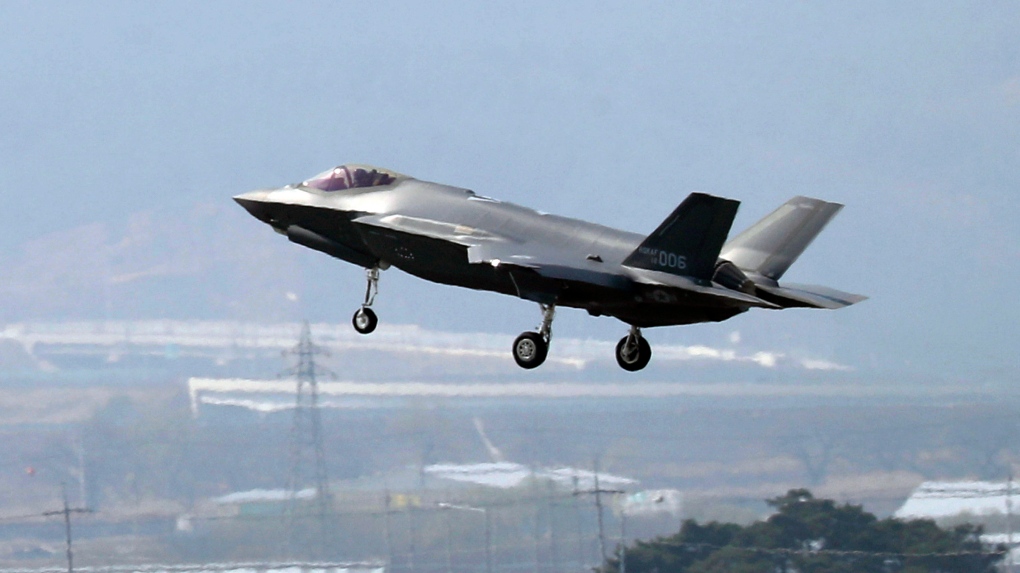 ANKARA, Turkey -- Washington's decision to exclude Turkey from an American-led fighter jet program goes against the "spirit of alliance," the Turkish government said Thursday, and called on its NATO ally to reverse the decision.

In a major break with a longtime ally, U.S. President Donald Trump's administration on Wednesday said Turkey is being kicked out of the F-35 program because it is buying the Russian S-400 air defence system. The United States says the S-400 would compromise the F-35 program and aid Russian intelligence.

In a statement, Turkey's Foreign Ministry rejected that assertion and said the decision to expel Turkey from the program lacks "legitimate justification."

"This unilateral step is incompatible with the spirit of alliance and is not based on any legitimate justification," the ministry said. "Not only is it unfair to keep Turkey out of a program of which it is a partner but the claim that the S-400 will weaken the F-35 is invalid."

The ministry said: "We call on the United States to come back from this mistake that will cause irreparable damage to our strategic ties."

Turkey began taking delivery of components of the Russian system last week. A Russian cargo plane carrying more parts of the system landed at an air base near Ankara for a seventh day running on Thursday. Turkish President Recep Tayyip Erdogan has said the system will be fully operational by April 2020.

On Wednesday, Ellen Lord, the Pentagon's chief weapons buyer, told a news conference that the U.S. has suspended Turkey from the F-35 program and is beginning the process of its formal removal.

The U.S. government is concerned that the S-400 could be used to gather data on the capabilities of the F-35, and that the information could end up in Russian hands.

Turkey rejects the assertion that the S-400 will pose a threat to the F-35 and has called for the establishment of a committee that would include NATO officials to study the risks.

Turkey refused to bow to U.S. pressure to cancel the S-400 agreement with Russia, saying the deal is a matter of national sovereignty and that the agreement was a done deal.

Erdogan has said his government hopes to co-produce high-tech weaponry systems with Russia in the future, further defying the United States and other NATO allies.

Turkey is both a producer and a customer of the F-35s. It makes more than 900 components for the stealth aircraft, which is sold internationally.

She said the process of fully removing Turkey is underway and should be completed by March 31. She refused to say whether the decision could be reversed.