U.S. general: No F-35 jet sale to Turkey if it buys Russia system 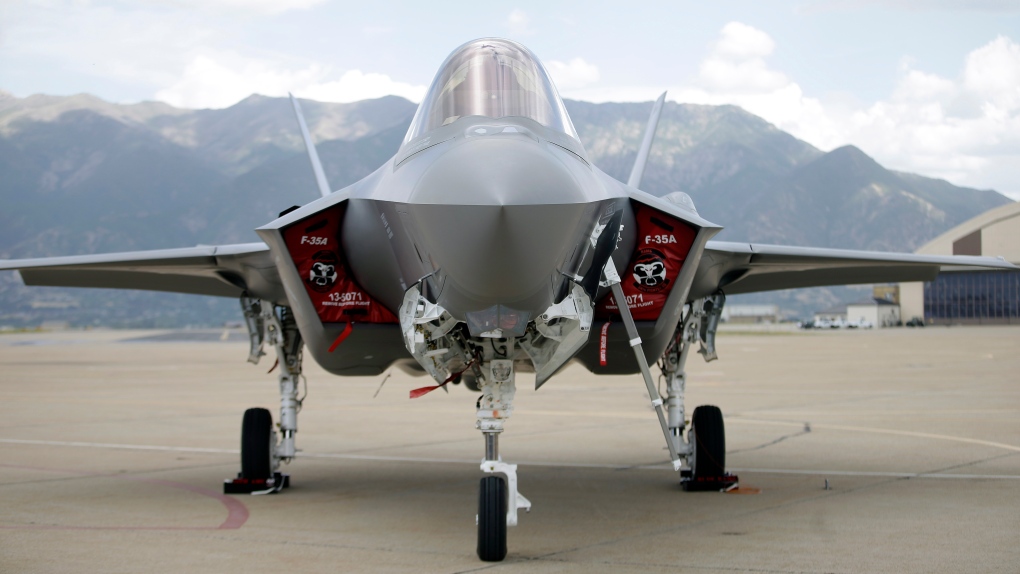 FILE - In this Sept. 2, 2015, file photo, an F-35 jet sits on the tarmac at its new operational base at Hill Air Force Base, in northern Utah. (AP Photo/Rick Bowmer, File)

WASHINGTON -- The United States should not sell its high-tech F-35 fighter jet to Turkey, if Ankara moves ahead with plans to buy a Russian missile defence system, the top U.S. military commander for Europe told Congress on Tuesday.

Gen. Curtis Scaparrotti, head of U.S. European Command, said Turkey, a NATO member, should reconsider its plan to buy the S-400 from Russia this year or forfeit other future American military aircraft and systems. He said Turkey's use of the Russian surface-to-air missile defence system would be a threat to the F-35.

His comments are the latest in a series of warnings the U.S. has made to Turkey over its plans to buy the S-400. The U.S. and other NATO allies have repeatedly complained about the purchase, saying it is not compatible with other allied systems and would represent a security threat. The impending purchase has aggravated already souring relations with Ankara, including tensions over the war in Syria.

Scaparrotti said U.S. officials are currently in Turkey explaining the potential consequences of the S-400 purchase.

He said his best military advice would be that the U.S. not follow through with the F-35 sale and not work with an ally that's acquiring Russian systems that can threaten one of the American military's most advanced technological capabilities.

"It presents a problem to all of our aircraft, but specifically the F-35," he said.

The U.S. had agreed to sell 100 of its latest, fifth-generation F-35 fighters to Turkey, and has so far delivered two of the aircraft. But Congress last year ordered a delay in future deliveries.

Scaparrotti's remarks echoed a warning issued by Vice-President Mike Pence last month at an international security conference in Munich. During his speech, Pence said the U.S. has "made it clear that we will not stand idly by while NATO allies purchase weapons from our adversaries. We cannot ensure the defence of the West if our allies grow dependent on the East."

During the Senate Armed Services Committee hearing Tuesday, senators raised objections to the sale, while also noting that some parts for the aircraft are made in Turkey. Pentagon leaders have warned that ending Turkey's production role would force other allies to take on that role and likely delay aircraft delivery.

Sen. Thom Tillis, R-N.C., said his message to Turkish leaders is that Congress is aware of the risks of the S-400 sale and could take action.

"Why on earth they would be considering a decision that would make us have to rethink whether or not they can actually even be in the supply chain for the Joint Strike Fighter," said Tillis, adding that it could also raise doubts about future F-35 deliveries.

Turkish leaders have suggested that the S-400 purchase is a done deal with Russia. But the U.S. has stepped up efforts to stymie it, and in December the State Department approved the sale of a $3.5 billion U.S. Patriot missile defence system to Turkey.