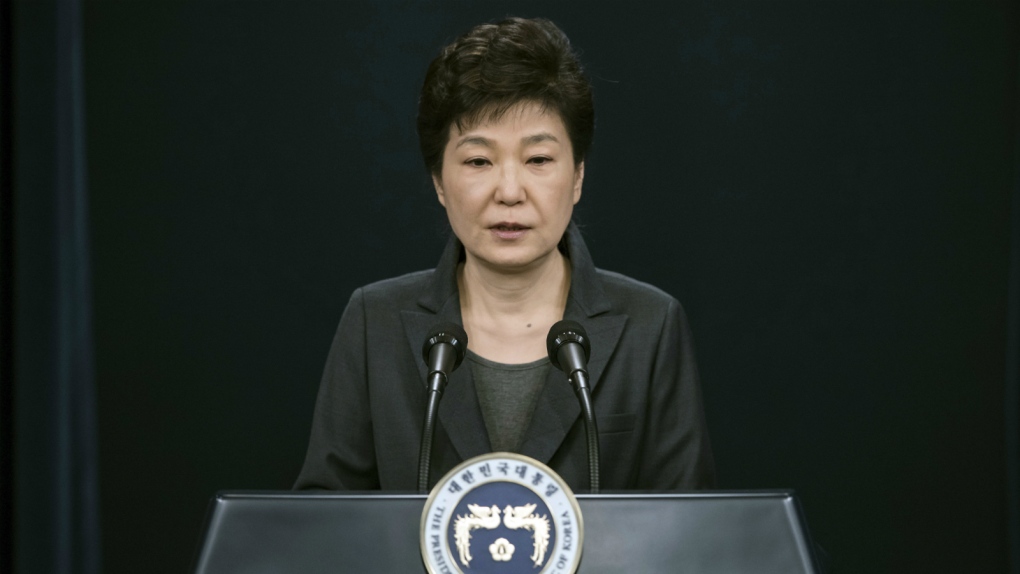 President Park Geun-hye's office on Wednesday confirmed revelations by an opposition lawmaker that it purchased about 360 erectile dysfunction Viagra pills and the generic version of the drug in December.

While the report has created a frenzy on the internet, Park's office said the pills were bought to potentially treat altitude sickness for presidential aides and employees on Park's May trips to Ethiopia, Uganda and Kenya, whose capitals are 1 to 2 kilometres (0.6 to 1.2 miles) above sea level.

The Viagra revelation is the latest twist in a massive political scandal building around Park.

Park is bracing for an impeachment push by opposition parties and some members of her own Saenuri Party amid allegations that she let a secretive confidante manipulate government affairs and amass an illicit fortune, a scandal critics say undermines the country's democracy.

On Sunday, prosecutors said they believe Park was involved in the criminal activities of her longtime friend, Choi Soon-sil, and two presidential aides who allegedly bullied companies into giving tens of millions of dollars to foundations and businesses Choi controlled, and that she also enabled Choi to interfere in state affairs.

Prosecutors have indicted Choi and the two former presidential aides. Park's office has denied the accusations and refused multiple attempts by prosecutors to interrogate her in person, although saying she will oblige to an independent probe by a special prosecutor.

The Seoul Central District Prosecutors' Office said investigators were sent Wednesday to an office used by the senior presidential secretary for civil affairs to secure documents and other evidence. The search is apparently aimed at Woo Byung-woo, Park's former civil affairs secretary, who has been accused of failing to prevent Choi from influencing state affairs and has been embroiled in separate corruption allegations surrounding his family.

Choi Jai-kyeong, Park's current secretary for civil affairs, and Justice Minister Kim Hyun-woong have offered to resign as the fallout from the scandal continues to grow. Park has yet to decide whether to accept their resignations, the Blue House said Wednesday.