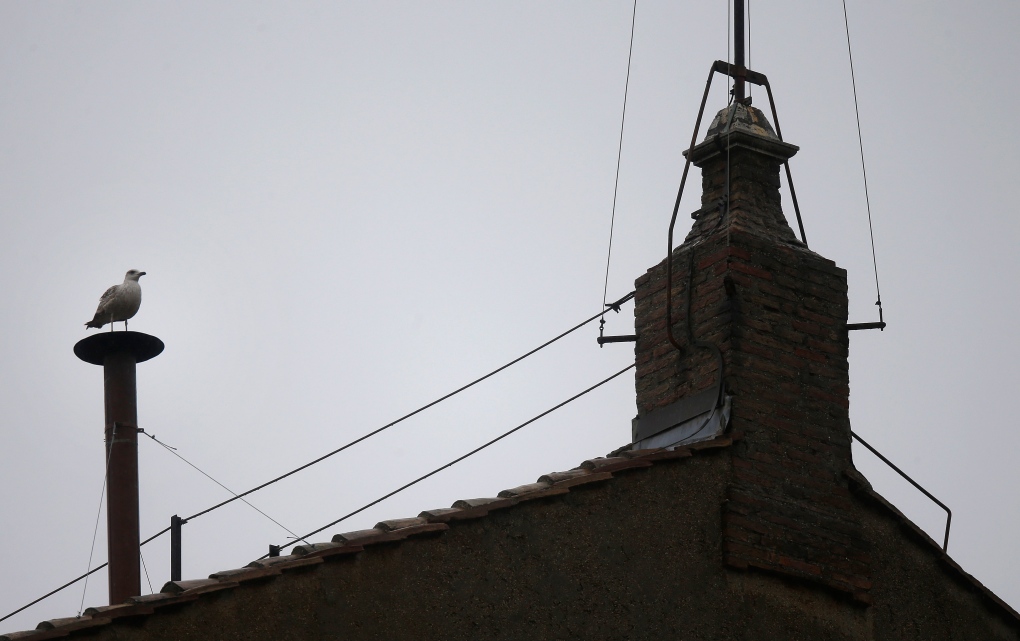 A seagull sits on the chimney on the roof of the Sistine Chapel in St. Peter's Square during the second day of the conclave to elect a new pope at the Vatican on Wednesday, March 13, 2013. (AP Photo/Gregorio Borgia)