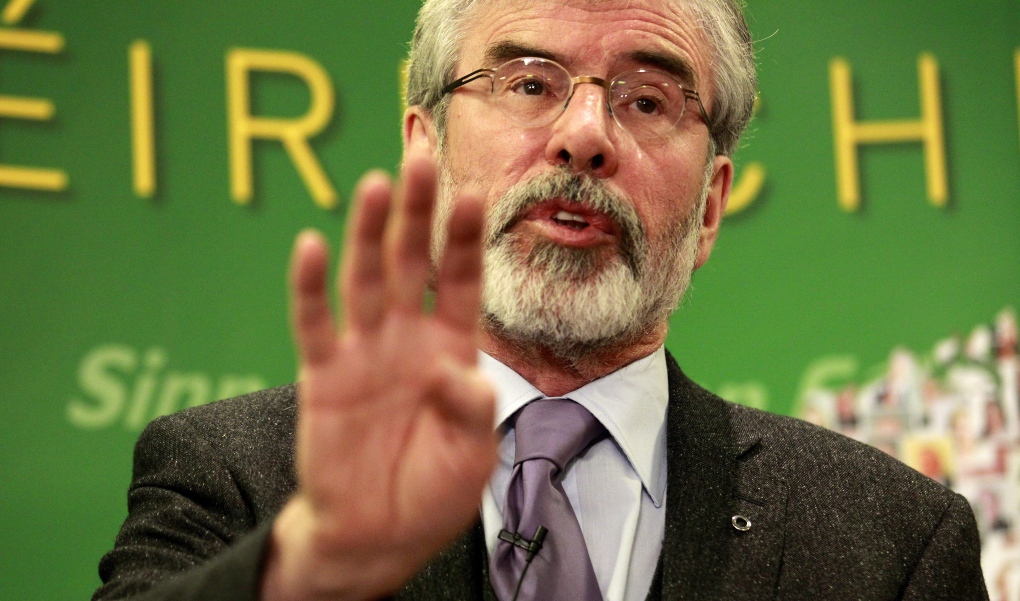 Mairia Cahill, a member of one of Belfast's top IRA families, appeared alongside a former foreign minister outside Ireland's parliament to accuse Adams of conspiring to suppress her reports of being raped by an IRA commander from Adams' home district in 1997, when she was 16.

Cahill is a grand-niece of Joe Cahill, a founding commander of the modern Provisional IRA that killed nearly 1,800 people during a failed 1970-1997 campaign to force Northern Ireland out of the United Kingdom. Adams, a reputed former IRA chief himself, helped to carry Joe Cahill's casket at his 2004 funeral.

Mairia Cahill received legal anonymity when she went to police with her accusations. In 2012 the man she accused of raping her, Martin Morris, was charged with IRA membership and 13 counts of sexual assault.

Four others were charged with IRA membership based on Cahill's accusation that they interrogated her several times in 1999 and 2000 about her accusations against Morris, when the IRA attempted to determine whether Cahill or Morris was telling the truth. She said at one point the IRA forced her to confront Morris face to face. Prosecutors withdrew the case without explanation earlier this year.

Cahill waived her anonymity in a BBC documentary broadcast Tuesday, during which she accused Adams of telling her she might have enjoyed the abuse.

Adams on Thursday acknowledged meeting Cahill around that time, but rejected her account and denied knowing of any IRA inquiry into her case.

Cahill fired back at a news conference alongside Micheal Martin, who leads opposition party Fianna Fail. She accused Adams of lying about his knowledge of the crimes and his own IRA past. Martin, who initially met Cahill in 2012, said he was convinced that Adams was lying and called his characterization of Cahill "absolutely despicable."

Adams' brother was convicted last year of raping his daughter when she was aged 4 to 9 and received a 16-year prison sentence. Adams admitted in court he had known of the crimes for two decades but didn't tell police.