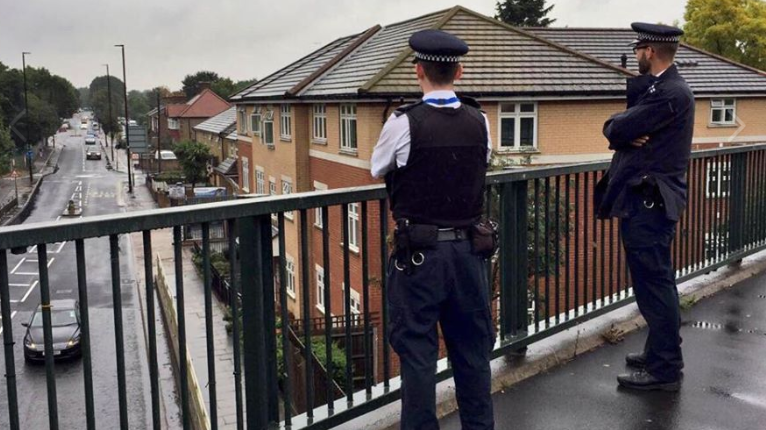 TORONTO -- An elderly British woman was forced to eat from her garbage bin, police said, after she managed to lock herself in her own home and a food delivery went missing from her doorstep.

Metropolitan Police Constables Matt Hodge and Pat Peltier responded to the call on March 31 of an 84-year-old woman, identified only as Elizabeth, who they said was unable to unlock her front door and get to the food supply she had ordered online.

Upon arriving to her home in the town of Feltham, in West London, police concluded the senior lived alone and had no friends or family nearby.

After entering Elizabeth’s residence, the officers reported her “fridge had literally no food” and they also said “she had resorted to eating out of the rubbish bin to survive.”

In a post shared to the Metropolitan Police Service’s Facebook page on April 8, part of the caption read: “A callous individual took advantage of the situation and stole the food from the pensioner's front doorstep, leaving her with nothing.”

The post went on to say that the officers immediately went to a few local shops and bought “food, drinks, toiletries and a few other necessities” to help replace what the woman was missing.

The Facebook post was shared more than a thousand times and garnered hundreds of well-wishing comments from users in the first hours of being posted.

Elizabeth was said to beoverwhelmed by the act of kindness and thanked the two constables for their help and generosity, according to the statement.

The police service recognized the efforts its officers made, capping the Facebook post by saying: “This is a remarkable example of what lengths our officers will go to, to protect local residents during this very challenging time.”